With winter nearly at our door, many people may be missing the fun outdoor festivities and vacations to the snow lodge due to doing our part in social distancing and quarantining. But luckily for us Sims fans, we can still at least get a small taste of some familiarity with The Sims 4’s latest expansion, Snowy Escape. This expansion received quite high hopes as it was the first time we’d be experiencing an Asian-inspired world since The Sims 3: World Adventures all the way back in 2009. But with the less than stellar response to the last DLC that was released, the Star Wars Journey to Batuu expansion pack, many were still reluctant to believe that Snowy Escape would live up to the excitement.

The Sims 4: Snowy Escape expansion pack takes us to the wonderful snowy Mt. Komorebi that has heavy influence from Japanese culture and architecture. The world is made up of three different and distinct neighborhoods. Wakaba is a new and upcoming small town that has beautiful yet modern homes. Senbamachi, town of a thousand leaves, is the oldest neighborhood of the world and has a beautifully rich aesthetic, giving the neighborhood a very rustic vibe. And then we have Yukimatsu, covered in a thick blanket of snow, where Sims can relax in the onsen or hit up the slopes to go skiing, snowboarding and sledding. There are also some gorgeous rental lots here as well as hiking trails and areas for rock climbing for the outdoorsy Sim. There are a few fun new festivals that you can partake in as well and not to mention the opportunity to take cute selfies with the world’s cute mascot, Yamachan.

Not only did we get lucky with the beautiful and picturesque new world, but we also got a ton of new content in CAS (Create-A-Sim) and in the Build/Buy modes. CAS gives us a decent array of new clothing and accessories that ranges from traditional Japanese attire, kimonos and yukatas, but also a fun mix of more modern clothing that can fit into any world of The Sims for the winter. The textures and patterns in the clothes have so much kind detail in it and I can’t forget just how fun and vibrant the winter clothing is. The new hairstyles for women are basically everything I’ve wanted. With 13 different styles, I almost felt like I wanted to make a Sim for each one of the styles since I loved them all so much. While the women got so many new hairstyles, the men unfortunately only received three new hair options which left a bit to be desired.

If EA did something right with Journey to Batuu, it was certainly all of the detailed and well-textured items and luckily that carried over to this expansion and dare I say it got even better? Yes, I do dare say it. It may be harder to use some of the more traditional items in modern home builds outside of Mt. Komorebi, but it does offer a good variety of minimal and modern items that can be used in any household and in a way that makes it not feel too out of place. Players who like to focus more so on the building aspect were absolutely rejoiced when the first trailer for Snowy Escape was released when the first glimpse of raise platforms were seen on screen. In build mode you’ll be able to elevate your floors to give you a nice platform and can be resized to make it a small step or even as high as to make the perfect platform for your stage. 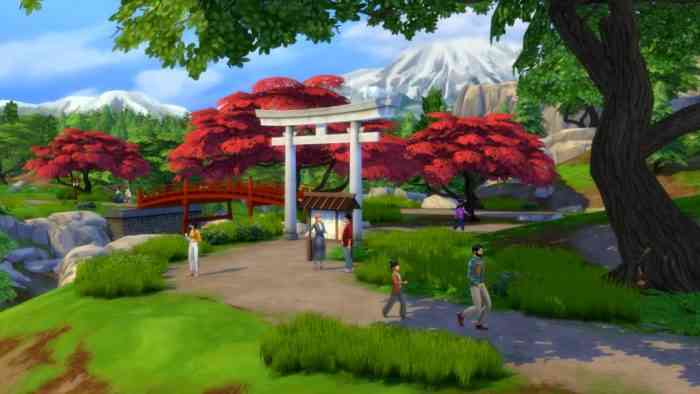 In this expansion we only received two new traits, adventurous and proper, which makes perfect sense for this setting but I wish we had received maybe a few more. The new aspirations can be found under the Athletic and Location categories and range from being a Mt. Komorebi Sightseer and Extreme Sports Enthusiast. All of these are wonderfully suited for this expansion, the fans wanted more and we got just that.

Snowy Escape also introduces the new Lifestyles feature. All of the lifestyle traits are locked when you begin to play but the more your Sim interacts with others and the world, you’ll begin to see that lifestyle will be marked with “in progress” until you eventually complete it. You do need to keep up with these activities if you want a certain lifestyle as not completing it will mark the lifestyle as “at risk” and you won’t get to see the full benefits of said choice. If you end up getting a lifestyle you don’t want, there are a few options in getting read of it which includes the previously mentioned not doing said activity, hiring a lifestyle coach or with cheats. Honestly, the lifestyles feature has a broad range and adds a ton more character to our Sims as they can gain traits of a technophobe, indoorsy, people person, coffee fanatic and much more. 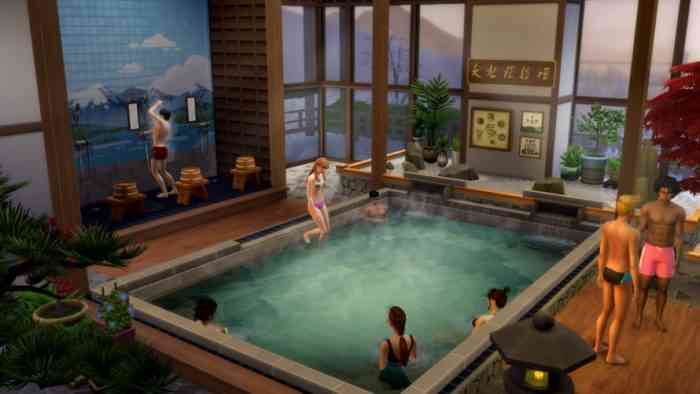 The Sims 4: Snowy Escape gives us a ton of fun new content and a beautiful new location. The new activities, the CAS and Buy/Build modes, festivals and clothing we get to play with is certainly worth the price. And with the new added features of having the lifestyles system in place, it really brings the game together and EA needed that, especially since the debacle with the last expansion pack. So, what are you waiting for? Grab those skis and snowboards and get ready to hit those slopes!

*** PC code provided by the publisher*** 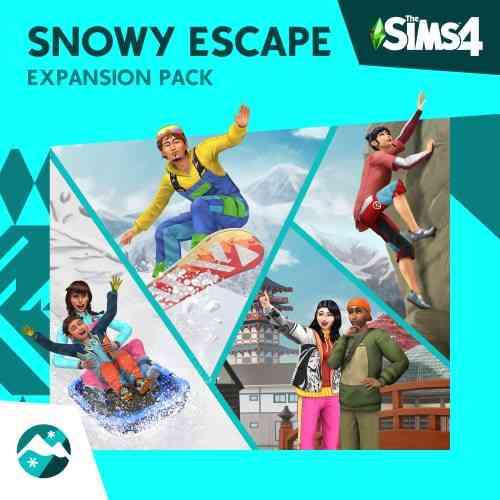