There’s nothing quite like the Devil May Cry series. Every successive release aims to crank up the insane intensity, assaulting players with an endless parade of ridiculous moments. Devil May Cry 5 is an excellent example of this philosophy writ large, but what of the Special Edition? Are players being treated to a suitably extra experience, or will fans be left wanting? I’m happy to report that Devil May Cry 5: Special Edition is more or less the adrenaline shot needed to propel this title into the next generation.

For those you unfamiliar with this game (such as myself!), a quick primer on the story: Crazy demon roots are burrowing into the Earth! People are being harvested for their delicious blood! Dante is in trouble! Also Nero is minus one arm, for demon reasons. Thankfully this doesn’t set you back in the slightest, thanks in large part to the gunsmith you travel with. Nico will happily drive her van into whatever space you call her from in order to sell you upgrades. Her dedication to craft and capitalism is downright unstoppable. From these humble beginnings, Nero, V, and eventually Dante form up to fight Every Single Demon and save the day.

Every character plays a little differently, which is great encouragement to use all of them. Nero is faster, V works better from a distance, and Dante is… well, Dante is a whole lot, honestly. He has several games’ worth of skills crammed into one character, making him the versatile one. This edition of the game even gives you access to Vergil! This is a big bonus for longtime fans, but what else is in store with the Special Edition? 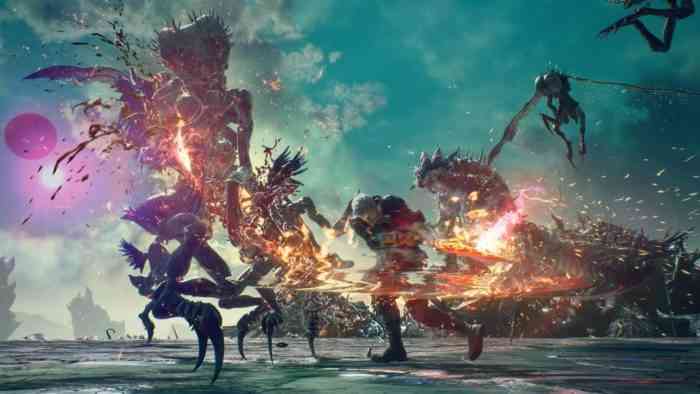 You can crank up the frame rate or make the game as pretty as possible. There’s a new Turbo Mode, in case you want things even faster. They’ve introduced a new hardest difficulty setting, Legendary Dark Knight Mode. On top of that, bonus material previously released for the original version is all present and accounted for. You know, extra costumes, Bloody Palace Mode, and things of that nature. They’ve included the Mega Buster, as all 3D Capcom games must. All told, there’s a whole heaping helping of content to chew up. It bears repeating however, that my sunny outlook on this content is bolstered by me missing the game’s original release. More experienced fans of the franchise may have different results.

As a lapsed fan of the franchise, I’m struck by how engaging the combat is in this entry. Rather than smashing the attack button until your thumb falls off, you’re swapping strikes, dashes, and juggles with incredible speed. Each character is set up so your encounters with enemies never feel dull or repetitive. Boss battles are a showcase of the craziest crap the designers could dream up, a constant pressure on the gas pedal the never relents. The story is relegated to either tiny snippets or ludicrous cutscenes. You’re almost always at the wheel, always rocketing into the stratosphere. Speaking of speed, might I suggest that option for the settings?

When given the choice between a boosted frame rate and better graphics, my vote goes to frame rate. Devil May Cry 5 started out as a PS4 title, and it shows, just a little. Certain textures can only be improved so much, while that silky smooth 60 fps puts a lot of gas in the tank, so to speak. Don’t get me wrong! The graphics are great, but they’re definitely a bit last-gen compared to some other titles. On the other hand, playing with the fps maxed out is positively luxurious. Again, your mileage may vary.

One disadvantage of my relative inexperience is rooted in the story. I had more or less no idea what the hell was happening. While Devil May Cry isn’t exactly high literature, the game drops you directly in the middle of a much larger narrative. Okay yes, demons are here and they’re bad news and not everyone is coping with this fact very well. But a ‘last week on Dragonball Z’ type recap would have been lovely, you know? Thankfully, I was able to fill in all the gaps with relative ease, but that first couple of hours was a weird, wild ride.

This game is kind of a rare beast. The gameplay is more accessible than ever, while the story has reached a new plateau on Mount Convoluted. Players who missed it the first time will be thrilled, but even experienced fans will have good reasons to double dip. The features included make this an excellent Special Edition while being a decent PS5 release. I’m not so invested I want to go back and play the games I missed, though I am glad I came back to the series. If smooth gameplay is your yardstick, then this is the definitive version for you. On the other hand, there are better graphical show pieces for the PS5 out there. Even so, I can easily recommend Devil May Cry 5: Special Edition for new and old fans alike. 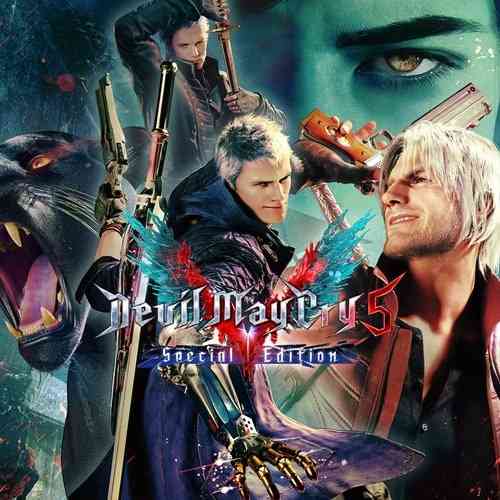