There are a lot of games out there about magic, demons, the apocalypse, or all of the above, but there’s nothing quite like Shin Megami Tensei III: Nocturne. That statement was true when it first came out in 2003 and it’s still true now. Almost two decades later, a unique combination of grueling RPG gameplay, stunning visual and sound design, and one of the most oppressive atmospheres in gaming still make Shin Megami Tensei III: Nocturne HD Remaster a grim and devilish treat. Unlike many JRPGs, this is not a story of good and evil. It is a story of humans and monsters trying to survive, and it tells that story brilliantly.

This game goes from 0 to 100 very fast, by which I mean the world ends about an hour in. The game truly begins in the aftermath of the apocalyptic Conception, when the protagonist has a terrifying demon parasite forcibly inserted into him and transforms into the half-demon known as the Demi-fiend. He awakens in the desolate Vortex World, a round structure built from the ruins of Tokyo around the shining light of Kagutsuchi. All that remains of the old world are empty buildings, broken highways, and a few humans fighting to survive the demon-infested wasteland in hopes of using Kagutsuchi’s power to create a new world according to their Reason. Problem is, there are four surviving humans and three Reasons, but only one can create a new world. 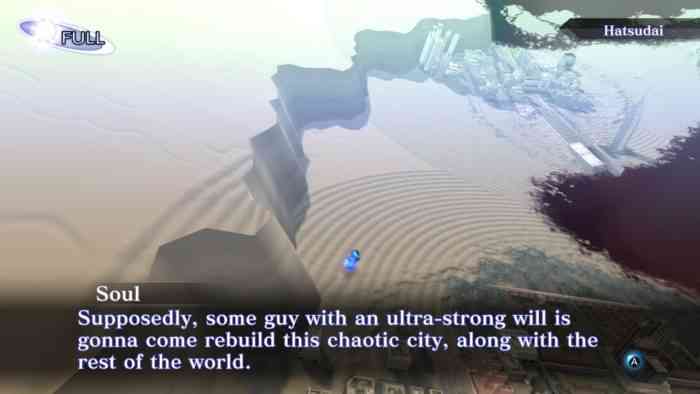 Unfortunately, the Demi-fiend’s newly demonic nature means that he can’t develop a Reason of his own. He can still totally fight for someone else’s vision of what the world should be, but that might make things even worse. You see, none of the humans who survived the Conception–not cult leader Hikawa, not seemingly kind teacher Ms. Takao, and especially not the Demi-fiend’s best friends Chiaki and Isamu–have humanity’s best interests at heart. Most of them don’t even care about the demons who’ve chosen to serve them. As the Demi-fiend grows stronger, his power could still shape the world, but first, he must choose a Reason like any other demon. Choosing nothing is still a choice.

Don’t make any mistakes. This is absolutely a horror game. You just happen to be playing as one of the monsters. The primary theme of this game, obvious apocalyptic symbolism aside, is the slow breakdown of humanity. It’s conveyed through the phenomenal atmosphere, the focus on interacting with other demons rather than the human survivors, and even in the Magatama game mechanics. In other JRPGs, demons are monsters, except when they’re the heroes. In Shin Megami Tensei III: Nocturne, everyone is a monster, especially the heroes. This applies both metaphorically and literally. 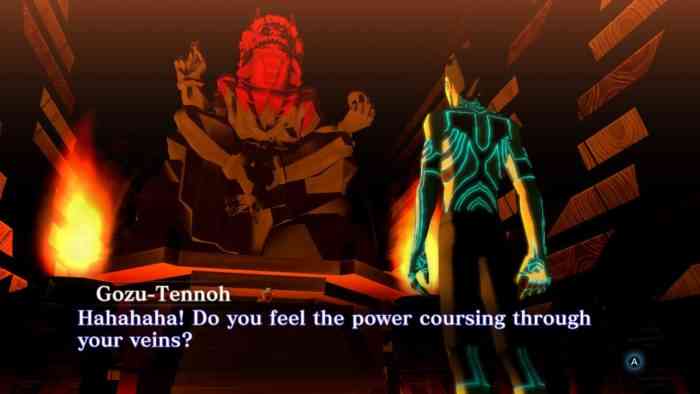 Putting the Cult in Cult Classic

For the most part, the controls remain accurate to the game’s original release, right down to the zoomed out over map where the player and NPCs appear as little arrow icons of differing colors. The SMT games invented the party-based, skill-heavy combat mechanics that Pokemon would make famous, which is really funny when you remember all the fear-mongering about Pokemon being Satanic a while back. Combat consists of RPG-style random encounters, but the combination of uncanny character animations, a deeply foreboding atmosphere, and some genuinely creepy design choices make it feel unique and terrifying. However, the amount of time I spent lost in maze-like dungeons even with the mini-map took some of the spook factor out.

Like most JRPGs, there are lots of random encounters. Unlike most JRPGs, random encounters are how you get party members. Talking to demons will allow you to recruit them or gain items and currency. However, even when it works, there’s always a price. As usual for the series, demon fusion plays a huge part in getting the party members you want. It offers a ton of complexity for those willing to put the time in. And believe me, it is a huge time sink to get the demons you want with the skills you want. 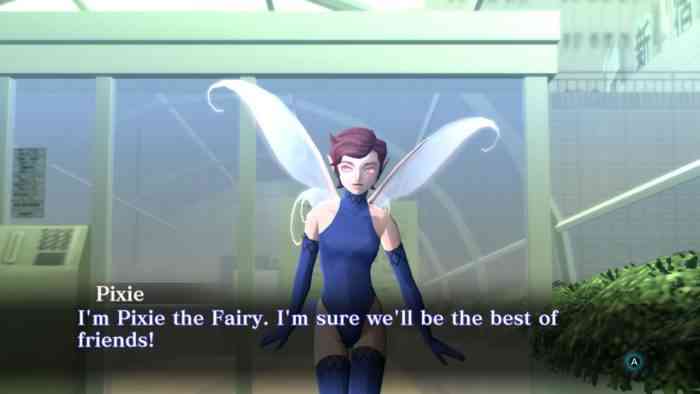 Combat can be brutally difficult, so pay attention when the game warns you about a strong enemy. Attack enemy weaknesses to get extra turns or hit their strengths to lose turns. Physical attacks are definitely more reliable than spells, but buffs and status effects are worth their weight in gold. If that sounds like too much for you, the new Merciful difficulty is exactly what it sounds like: downright merciful. It won’t challenge players much, but it does let you enjoy the game’s stunning atmosphere at a brisk pace, provided you don’t get lost. That said, there is still a ton of grinding to do, even on Merciful. With the Maniax DLC, this game does feature Dante from the Devil May Cry series–specifically, classic Dante from the original trilogy. He’s fully voiced too, which is awesome, and he has a new passive that makes up for his inability to learn Pierce, which is even more awesome.

The voice acting is absolutely fantastic, blending smoothly into the existing soundscape. Dialogue is voiced but text messages are still silent. The protagonist’s dialogue options remain silent and the audio is altered to accommodate for the player’s ability to rename NPCs, but it remains incredibly expressive. Chiaki is especially good, and Hikawa’s stellar voice acting lends a sense of tangible charisma to the character. The visual design is noticeably retro at this point, but unlike the graphical quality, this is a feature, not a bug. The aesthetics of Shin Megami Tensei are rooted in a timeless art style faintly reminiscent of Junji Ito’s horror manga. The characters’ lip movements are not synced to the audio, but it’s not exactly noticeable. 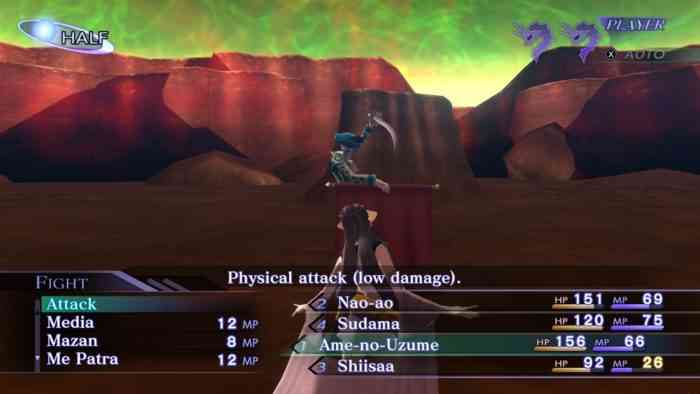 Shin Megami Tensei III: Nocturne HD Remaster is a potent mixture of cosmic horror, religious horror, JRPG action, and pitch-black comedy. As long as you’re prepared to embrace your inner monster, it’ll be a hell of a time. 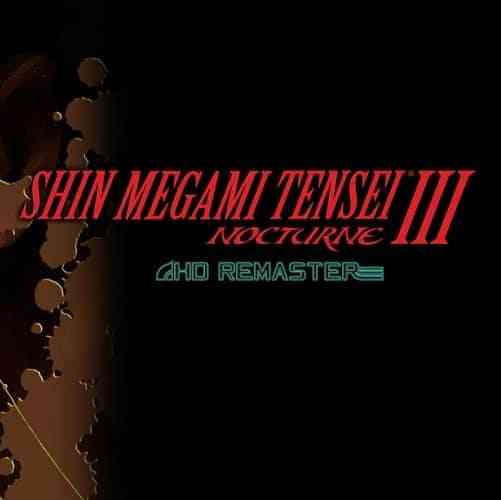