A Rock in a Hard Place

Rust is a survival sandbox game from developer Facepunch Studios, here to bring an experiment for the average gamer. The experiment comes with one mission: survive, and it’s about as simple as a rotary phone until you try one. The open-world provides a blend of uncultivated beauty, questionable moments, and opportunities for a second life. The question is, can you get that far?

Thrust into a world that refuses to hold your hand, you must ask the question that Rust, and many games before it, tries to answer. Can there be fun without questlines? If you accept the mantra, ‘the world is what you make of it,’ then maybe.

Life begins with a rock, glorious nakedness, and no tutorial. Everything, from harvesting to crafting, building, and exploration, comes with a new lesson in patience. The rock in your hands is your best friend until you’ve mastered the core mechanics or reach the misfortune of human contact. Experiences may vary drastically, a phrase that should be on the cover of the box. Which is to say, unless you’re an expert in the survival genre, expect a slow start. The early game, maybe the first few hours, is about beating every vein, tree, or boulder like it owes you money. The immediate reward, in and of itself, is not having to use a rock anymore. Tools gradually improve; therefore, harvesting improves; therefore, materials improve. Like a page out of Sid Meier’s book, your primary incentive is moving from one epoch to the next, except Rust lets you do it in real-time. It expertly simulates the advantage of living past the stone age by acquiring new tools, gear, and weapons. How you go about obtaining new items is the prospect that spurs each playthrough.

Simply put, this open world simulates the pain and triumph of making your way in the post-apocalypse. Expect the highest highs and the lowest lows. Gone are the days of color-coated rewards for a job well done; gone is your misguided sense of sympathy for a computer with a family. Facepunch eliminates old tropes and structure, fueling the game with purely randomized encounters. Scary variables dot the open world in the form of hostile NPCs, animals, elements, and, of course, other players. For better and for worse, you don’t always know what you’re going to get, excluding the rock. Rust offers limitless potential to build a profile, a strong character, a city… Typically, though, it’s trial by fire in a dog-eat-dog environment. Whatever you create, however you survive, the achievement is still yours, and you do what you want with it. Therein lies the diamond in the rust. 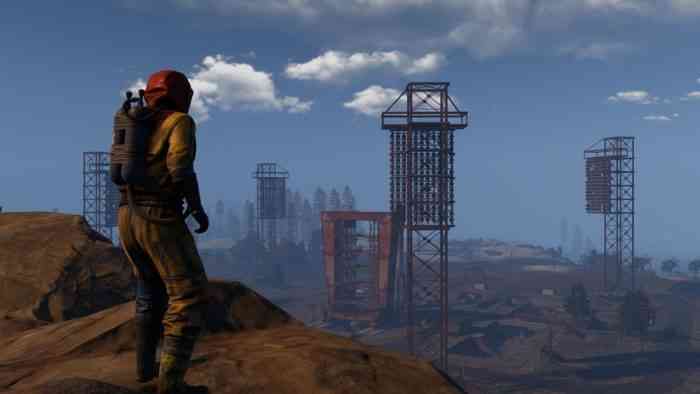 After the initial test of proper rock etiquette, an entire world of mystery awaits. Rust competes with other IPs in the survival genre through solid graphics alone. Beautiful sunsets fall beneath the player quagmire. Blades of grass unfurl under the howling wind, between rustic junk towns. In every direction, an old landmark beckons you forth with the promise of plunder. Now and then, a somber soundtrack sets in to breathe new life into solitary treks. Nevertheless, if you call it a realistic version of Minecraft, you’re not too far off the mark. Additionally, with so much time to think while bleeding out, my mind frequently wandered back to year one Fallout 76. Even in beta form, it feels technically stable, but it can also feel like it’s built to kill time and nothing else.

The Rules of Success. There Are None.

Rust’s official mission is survival; I say it’s picking a server and setting down roots. Set up camp, build a farm, hunt some animals. The first stage is learning how not to die. The not dying part becomes tricky as soon as you remember that other players inhabit the world. An optimist may discover opportunities to make friends, which is definitely possible. In some circumstances, I did see players working together. They had built shelter, gathered supplies; and together, they killed me. Cooperation, even in a virtual world, is a heartwarming thing. Survival in Rust is far more manageable if you’re with someone. It might even be fun. If not for the constant loom of danger, Rust would be full of quaint moments to release your inner transcendentalist.

My enthusiasm took a tumble every time I respawned, however. My early player encounters could be characterized as communications breakdowns. After trying to talk to me, one person quickly decided that talking was more difficult than murder. Another player, clearly better-equipped than I, had time to gauge whether or not I was a threat before clubbing me in the face. Finally, I resolved to keep to myself and harvest resources when somebody stabbed me in the back with a spear. As I lay there, bleeding out, naked, and without a single item worth looting, I couldn’t help but wonder what I had done wrong. Those thoughts quickly gave way to anger as he made that final killing blow. Once you overcome the big hurdles, you may still die. But if you’ve created resource caches, a respawn point, and adequate shelter, dying isn’t so bad. If you have not invested in a 401K, or if valuables are in your inventory, then everything is gone. Resources? Gone. That killer outfit? Gone. Sanity? Gone. We start from square one, again and again. You don’t win; you just do a little better each time. 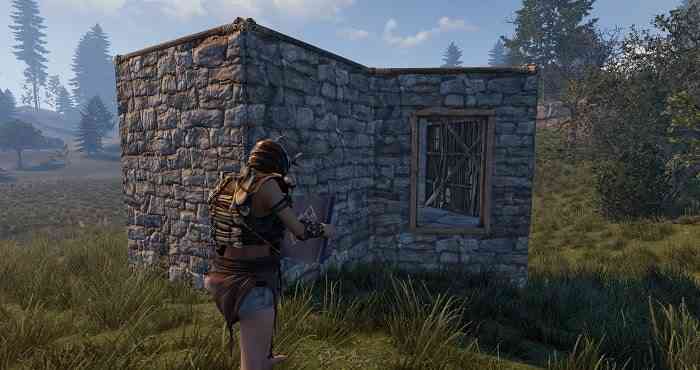 So before crafting in the wasteland, every player should craft their own benchmark for success. Since there’s no XP, the progress bar is what you make of it. This may come in the form of resources. How many items can you collect, and how can you keep everybody’s paws off them? How big a shelter can you build? How many friends can you make? If you build it, will they come? Or the easiest question to ask, how long can you last? Will you give yourself brownie points for living longer? I certainly did.

Many titles share the core gameplay loop of mining, crafting, and conquering the world. So, what sets a sandbox like Rust apart? Almost nothing. It is a dynamic, immersive survival sandbox with none of the charm of other games in its genre. Its heart and soul lie in its unforgiving, player-driven, immersive environment. As a result, the world is utterly unpredictable, so no two servers will share a state of decay. Which is to say, if you like having no idea what’s gonna happen, this easily stands apart. 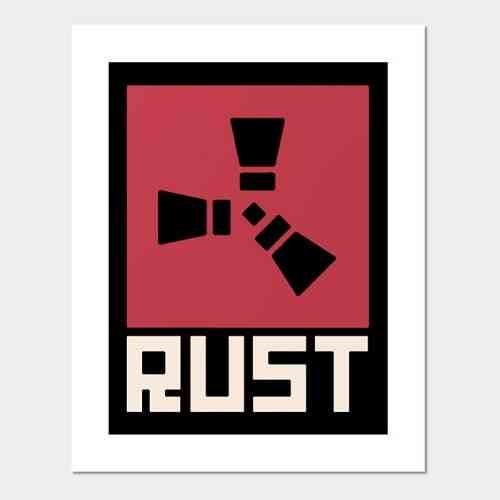 Mojang Comments on Use of NFTs in Minecraft Servers
Next Shin Megami Tensei III: Nocturne HD Remaster Review – Apocalyptic Fantasy at Its Finest
Previous The Wild at Heart Review – More Than Just an Animated Storybook