The Wild at Heart Review – More Than Just an Animated Storybook

The Wild at Heart Review

Whether it’s The Chronicles of Narnia, Where the Wild Things Are or Hansel and Gretel, tales of young people stumbling into or inventing an alternate reality in order to escape a troubling real world is one of the core conceits of children’s literature, and the theme certainly hasn’t been ignored in video games, including The Wild at Heart, a new puzzle action game from developer Moonlight Kids. Going into the deep, dark, magical and sometimes frightening woods is about as allegorical as you can get and although The Wild at Heart focuses on puzzles and exploration and tries to keep things light, the heavier themes aren’t too far beneath the surface.

The Wild at Heart is about a 12 year old boy named Wake who leaves his father a note and sets off to join his friend Kirby in the woods. What Wake is so anxious to escape is the stuff of spoilers, if not years of psychotherapy, so we’ll leave that to the game to reveal. Wake (and eventually, Kirby) stumble into a hidden forest culture populated by a cast of eccentric humans, magical creatures and sentient flora. What seems at first to be an enclave of misfits and cute little beings called Spritelings blossoms into a much bigger story with wider implications for both Wake and the hidden world in he and Kirby have found themselves. Suffice to say that even in a magical and very possibly imaginary world there are secrets to be uncovered which, in the grand tradition of children’s literature, help Wake and Kirby make sense of their not necessarily ideal lives. 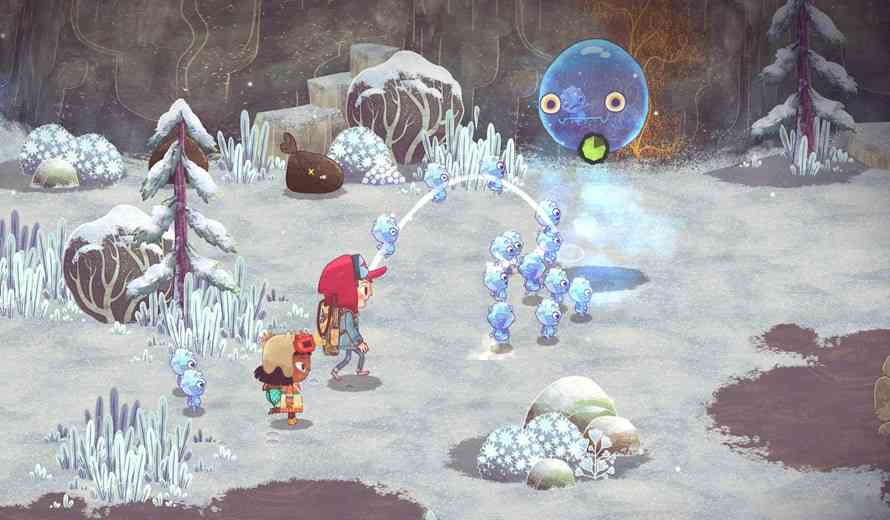 But the Wild at Heart is a game, not just an illustrated story, and much more of a puzzle action game than I expected from the art style and premise. Wake is a game-playing, technically adept young man and his tinkering skills and the handheld video game console he brought with him serve him well on his quest through the woods, allowing him to convert screws, bolts and other castoff junk he finds into an upgraded “weapon.” I use heavy quotes here because although there are conflicts and combat throughout the game, it is not explicitly violent and Wake’s device is used mostly for solving puzzles and gathering loot. Wake’s primary tool is an upgraded vacuum that can suck up treasure and power windmills which then open gates, or it can topple precariously perched trees which fall conveniently to become bridges.

Pikmin? Never Heard of Them

Those puzzles that can’t be solved by Wake’s tools usually need the help of the Spritelings, small, Pikmin-like specialized creatures that Wake can command to move obstacles, clear away poisonous plants or retrieve hard-to-reach objects. Different types of Spritelings are hatched and organized at Wake’s camp and they also serve usefully as fairly robust front line soldiers in combat as well, and gathering resources to hatch additional Spritelings is a recurring loop. Generally speaking, puzzles in The Wild at Heart aren’t too challenging, though sometimes they rely on disparate actions which seemingly don’t logically connect. But then, this is a fantasy world and of course, spinning a pinwheel here opens a gate over there. One minor annoyance is that the generally attractive art style doesn’t always do a great job of defining verticality and the game’s map isn’t very informative. Although The Wild at Heart isn’t strictly speaking an RPG, some mechanical conveniences from that genre would be welcome. Perhaps in keeping with the story of Wake discovering the magical forest realm, the player isn’t given much information about the way things work, either. 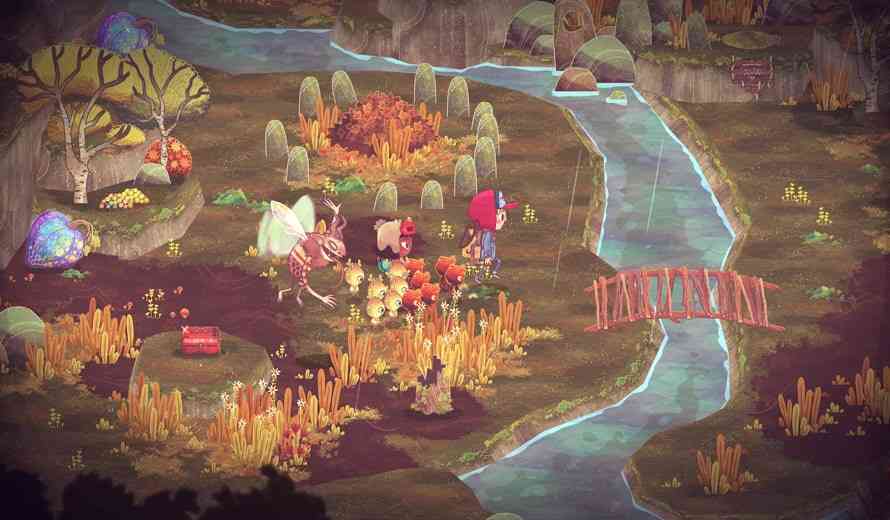 It’s easy to appreciate The Wild at Heart’s storybook art which has a colorful, slightly desaturated palette of earth tones, complemented by effective sound design and an understated musical score that only grows repetitive when Wake is stuck in an area and attempting to solve a puzzle. The Wild at Heart is not an open world game, strictly speaking, because some areas are gated by Wake’s lack of a particular type or quantity of Spritelings or other mechanical issue, but there is a relaxed lack of direction which will either suit you or make you anxious and wish for a little more linear approach. Exploring some new area is almost always an option and there is plentiful loot to collect, the only frustrations being a bit of awkwardness in controlling the Spritelings and limited inventory space for a long, early stretch of game. The day and night cycle and the particular danger the darkness brings is handled well, though mechanically similar to other survival type games. 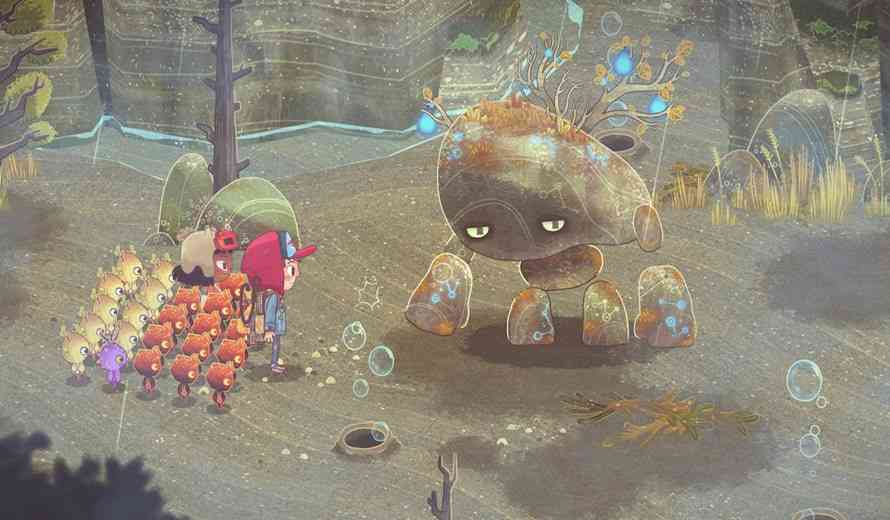 In the end, I appreciated that The Wild at Heart leans into being an actual game rather than simply a thinly disguised exploration of childhood trauma. Together with inviting art direction that suggests an animated storybook and a story that supports layers of meaning, The Wild at Heart was a pleasant discovery. The game’s combat and puzzles aren’t entirely consistent or satisfying, and moment to moment the experience can feel a little aimless, but fans of accessible puzzle and action games with heart and some emotional depth should check it out. 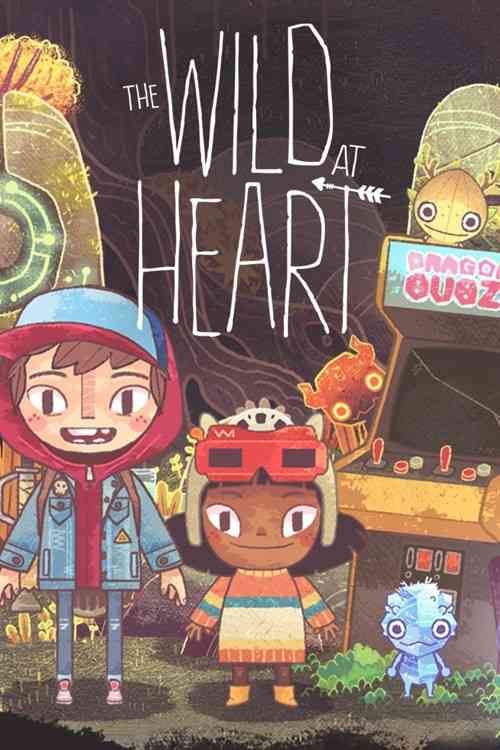