Ah, LucasArts click’n point adventure games – Full Throttle, Monkey Island, Day of the Tentacle, and my favorite – The Dig. Those were some great games. Another entry was Sam & Max. They are a dog and rabbit duo that uses the tried-and-true buddy cop formula. Sam’s the straight guy and Max is the snarky one. It’s been awhile but the duo return in Sam & Max: This Time It’s Virtual.

Together they run the Free Lance Police Academy. Sam and Max recruit you to join their team and enroll you in their academy. This premise serves as the game’s structure, which comprises a mix of mini-games, puzzles, and story. The strength of this approach is a wide variety of game mechanics. No doubt the developers, HappyGiant, took this tack because of the additional game mechanics VR offers.

However, there is a clash between the original games and this VR version. The strength of Sam and Max games is the witty banter and interplay between the two. That type of story-driven, point-and-click adventure makes your role mainly passive. Solve a puzzle and your reward is a Sam and Max comedy stand up sequence which, for the time, was fine. With the move to VR, that flow doesn’t work nearly as well.

When you play a VR game, you want control. ‘This Time It’s Virtual’ keeps you stuck in the old gameplay loop, where the game constantly takes control away from you. You complete a mini-game and then Sam and Max take over. Rinse. Repeat. Rinse some more. Repeat some more.

Clash Between Original Gameplay and VR

How well you tolerate constantly switching from participant to observer depends on your affection for the characters. If you are a big Sam and Max fan, the constant loss of game control may be no biggie. If not, you may lose desire to complete the game instead of sitting and doing nothing for long periods of time.

While it’s understandable that the developers wanted to preserve the dynamics of the original games, they should have focused more on the possibilities of VR. The ones implemented are little more than a collection of party games. You shoot targets, climb or throw items and those mechanics are thin. On the plus side, the game locations take advantage of VR. For example, you battle demons in a mini-mart or fight a five-headed dragon on main street. 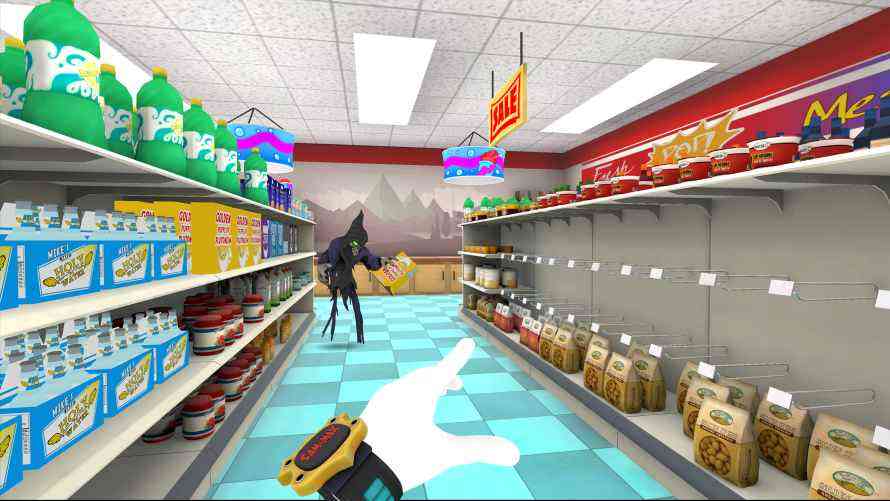 The nine challenges you have to complete are all rudimentary. They are mostly of the carnival challenge types with a comedic bent: throwing bombs through a basketball hoop, throwing darts, etc. You can complete the game in three to four hours dependent on how well you score on each of them. While they are easy, the instructions on how to complete them are not always clear. Some appear to be only possible through the use of teleportation. This is an issue if you chose to walk.

You get to do some actual detective work by being able to question witnesses. These interchanges are often funny and more so because you get to do them instead of watching Sam and Max.
Another thin facet of the VR experience is the control scheme. Control mappings differ from the accepted standards used by other games. There are fewer VR options, especially for turning. There is no smooth turning, only snap turning, an immersion breaking mode.

The crudeness of the VR implementation shows up in other areas. Clipping is a major issue. Sam and Max will walk through walls and, more disturbingly, through you, too. Another control oversight is the lack of a crouch button. If you drop something, it can be out of your reach and the range of the camera. Loading from an earlier save point is the only solution, so you butterfingered players out there, take care.

On the plus side, you can select which level to play. This is an especially helpful option to use on two counts. One is for trophy hunting, which means a redo of challenges until you score high enough. The other reason is because of bugs such as the previously mentioned lack of a crouch button, making it impossible to pick up dropped objects. 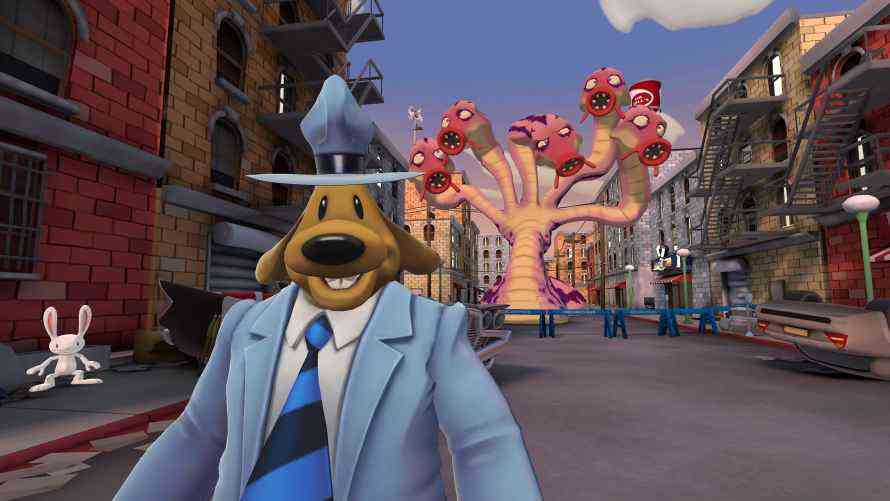 Graphically, the presentation is very much in the same animated style as the original games. Everything is colorful, low textured, and emphasizes wackiness. On the audio side, things sound good and the voice acting of Sam and Max is very good.

The bugs, awkward control scheme, janky controls, and the long periods of sitting through Sam and Max dialogs place a limit on the audience for this game. Fortunately, for PSVR players, the game sells for a modest price of $20 US, which is $10 cheaper than the launch price charged when the game appeared on other VR platforms.

Sam & Max Fans Will Have Fun

Sam & Max: This Time It’s Virtual is a textbook case that proves not all games are easy to transition from a traditional to virtual presentation. Dialog heavy games can work in VR if you are an active participant. Not so much when you are a mere observer. This problem is further exacerbated by the lack of polish of the game’s controls. What still works is the banter between Sam and Max. The writing is good as is the soundtrack. If you are a fan of these characters, you’ll probably be able to deal with the game’s shortcomings. For the rest, your time is better spent elsewhere.

***PSVR code provided by the publisher for review***

Good gameplay variety
Well written
The humor is still there 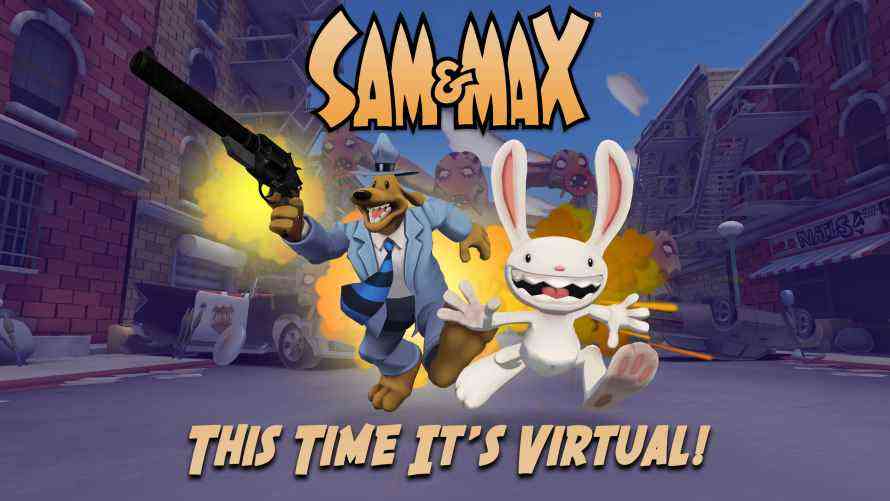