Before I dive into the nitty-gritty, yes, we’ve reviewed this title already back on the PS4. That also being said, Salt & Sanctuary is good. Damn good. So much so it’s worth re-visiting again if it’s not your first time playing this. For those delving into Salt & Sanctuary for the first time though, you’re in for an absolute treat. Ska Studios has crafted a loving homage to the wildly popular franchise that punishes players worldwide, and it feels right at home on the Switch.

Salt & Sanctuary starts you off mid-voyage to a forsaken land, when suddenly your ship is besieged by marauders. As you advance in a soon to be failed attempt to rescue the princess you were escorting, you run into an intimidating wall and you end up face down awash on the shores of the land you were en route to. The intro reminds me all too much of my first time with Demon’s Souls, and this is imitation in its most flattery-inducing form. Ska Studios has worked hard to capture that punishing, satisfying gameplay that made From Software famous, but they have done it in a way that doesn’t feel cheap. The world of Salt & Sanctuary is certainly as unique as they come, and it is absolutely teeming with all sorts of things that want you dead. Ska Studios have clearly created one hell of a game in Salt & Sanctuary.

Hell of a Game

There’s something that just pops about Salt & Sanctuary’s visuals. While I didn’t really care too much for the actual design of the normal human NPCs, I still found myself putting in the effort try and make my character feel unique. The more inhuman creatures are what truly shine in this game though,  and each enemy and boss is a treat to encounter, thanks to how distinct they are and how well they are animated. Towering monstrosities, possessed knights and all other sorts of creatures stand between you and your mission, but there’s something that’s just so invigorating about overtaking them that makes it worth pushing on to see what appalling creature the game throws at you next.

Thankfully, there is also a huge skill tree to make use of to help you conquer the games many terrors. Salt & Sanctuary presents an almost dizzying amount of options, but all of them feel viable thanks to some well-tuned combat that is easy to get into. It’s precise, rewarding careful dodges and punishing cocky play, and each encounter can easily send you back to the last sanctuary, or bonfire for you souls fans. Each minor encounter is rewarding to proceed through, but the boss encounters can come apart at times, with strategy seeming to take a backseat to reckless abandon. 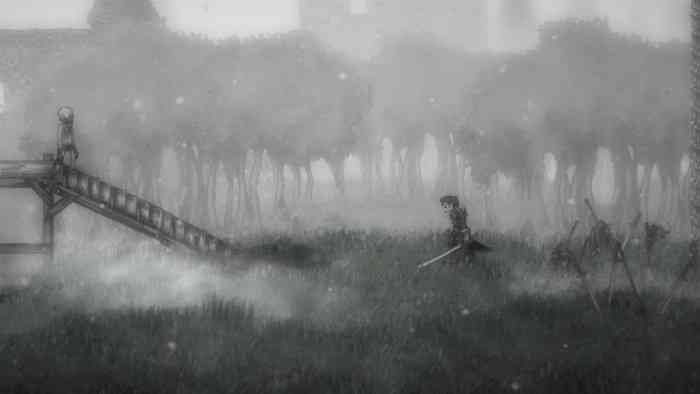 The move to 2D has naturally caused a few issues in capturing that brutal combat that the Souls series is known for, but Salt & Sanctuary has mostly done an excellent job. Finding your window to attack is still just as important as ever, but it feels like bosses can be brute-forced through, trading enough blows and chugging enough healing flasks until you come out on top. The tight, strategic combat that you deal with for each minor enemy doesn’t come to fruition like with bosses, but they’re still a treat to battle through without a doubt.  As you explore each area, the platforming can be a bit cumbersome as well, with the occasional death being caused by a missed grab of a ledge or accidentally falling off a platform. Again, this isn’t uncommon for games of this genre, so it’s not necessarily a detraction so much as it is recognition of Ska Studio’s work to try and capture this style of game on a 2D plane. The mechanics that Souls games are known for are just as present in this one as well, both good and bad.

Ska Studios is also clearly a fan of the cryptic storytelling and mechanics that From Software is known for. Items have detailed descriptions that flesh out the backstory of the world and the presence of a bestiary enhances the world even more. NPCs and Creeds also serve to help paint a greater overall idea of just how bad things in this universe have become. The world of Salt & Sanctuary is massive as well, with each area showing as much polish as the enemies that populate them. The various parts of the map are rich, featuring oppressive, sullen atmospheres that persist throughout the entirety of the game. Despite the wide variety of each area though, there are no real means of a map system in place, so it’s tricky to navigate to your next destination at times. Unless you find a map online or even scribble out a rough map yourself, you won’t have any assistance in navigating the world as a whole which can be a bit irksome at times. That being said, it is still rewarding to progress through this world, adapting to the choices that you made along the way.

The folks at Ska Studios have crafted something stellar here, though. Despite how much the Souls series has inspired this title, it still stands on its own two feet without feeling derivative. It’s a treat to play and to look at, with a detailed and mysterious world that is eager to show you where you fall on the pecking order. For those who are fans of the popular Souls series, you’ll be right at home and likely be just as enamored, but the game is also worth checking out if you’re eager for a substantial action title to take with you on the go. 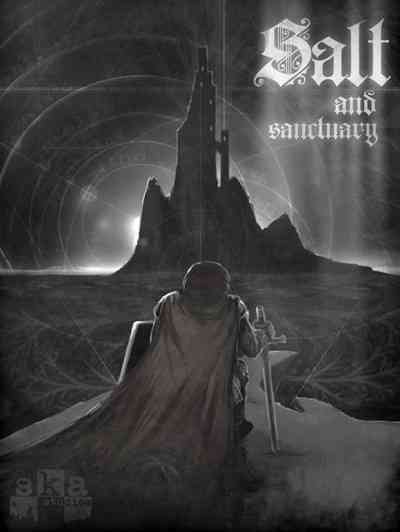