Saint Seiya is a very old franchise that started off as a manga series back in 1986. It’s still going to this day, and the latest release of a game in the franchise is for the PS4. Saint Seiya: Soldiers’ Soul is a Budokai style fighting game that traverses the storyline of the series that many grew up being a fan of. Unfortunately, the game feels like it plays things a little too safely as it has gone the route of choosing to simply mimic another series formula instead of trying something unique. 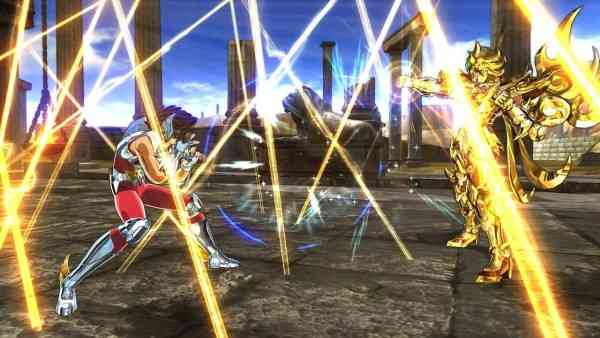 I’m personally unfamiliar with the series that this game is based off of, but it’s a unique concept nonetheless. Warriors based off of the Zodiac battle the forces of Hades to help save the universe. It’s very similar to DBZ in how there are certain echelons to powers for each character, and while it feels a little bit generic, the story was admittedly fun to play. The game features a vast coverage of the series and its story arcs, all spread out over four different campaigns, including a new one that wasn’t previously seen in “Brave Soldiers”, a PS3 title that could be considered a “lite” version of this game. I’m not particularly fond of remastered titles for the most part as they tend to skimp on fresh content, but in the case of Saint Seiya, it at least does things right and includes a tangible extension of the story, allowing fans to experience more of what they love about the series. It’s a faithful send up that works for the title and against itself.

“Saint Seiya: Soldiers’ Soul is a title that fans of the franchise will enjoy a lot, but unless this is a series you know, or one that you have have been thinking of checking out, you may just be better reading the serializations instead.”

As mentioned before, I was more of a Dragonball Z kid growing up. With that being said, the sheer amount of fan service in this title is lost to me, but to liken it to the Budokai games is the easiest way to draw that comparison. The coverage in story, the ability to play as almost anyone who participated in a fight in the series, and even the combat all feel quite similar to that series of titles. It’s easy to get into, but a bit lacking in terms of the overall depth that you’d expect from fighting games. Battles are also surprisingly easy to cheese, which takes away from what little depth there is in the first place, making for battles that were apparently quite arduous in the anime and manga end with a resounding “eh”. Although I did find it unintentionally humorous during a few points when I’d sufficiently cheesed a boss, and then the following cutscene had seiya look like he was on the brink of death. 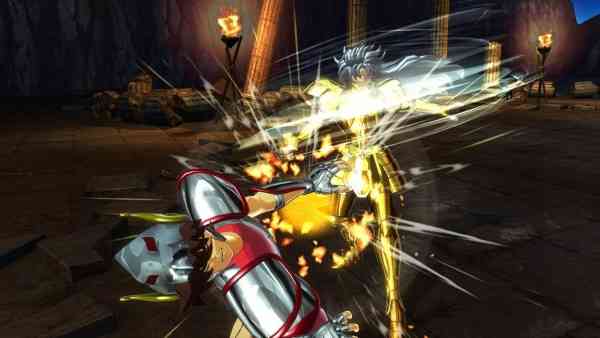 The simple combat extends to the visuals. The game doesn’t really look like a PS4 title, but it is still visually pleasing due to its use of clean textures and cel-shading that really pops off the screen. A lot of character attacks feel like they have genuine feedback to them, and the specials brought on by charging your character’s “cosmo” are pretty cool, for the most part. There are a wide variety of attacks for each character, and while there is imbalance, it’s not strikingly apparent like in other fighting games (I’m looking at you Ned Flanders in Simpsons’ Wrestling). It’s all just mechanically adequate, and that really speaks for the game as a whole. It’s technically sound, but it really does feel like it chose to play it safe in so many aspects that it’s disappointing. Saint Seiya: Soldiers’ Soul is a title that fans of the franchise will enjoy a lot, but unless this is a series you know, or one that you have have been thinking of checking out, you may just be better reading the serializations instead. 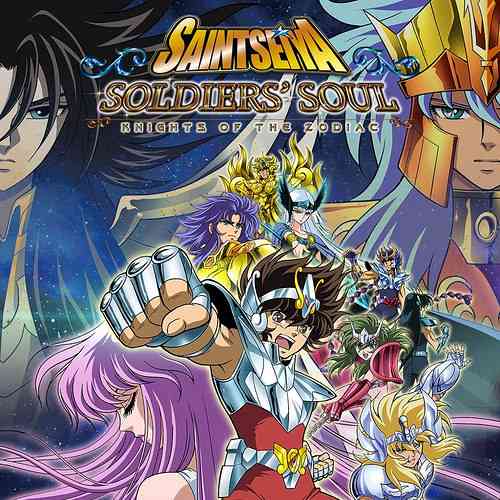