I knew a guy in college, and maybe you know someone like this, too, that hit on literally every woman he met. He was playing the odds, hoping that if he cast a wide enough net (sorry to mix metaphors) he would eventually succeed. I thought of him when I played Rustler (Grand Theft Horse), a game that literally never met a joke it didn’t use.

Of course, the problem with my college acquaintance is that even back in those days, the transparency and insincerity of indiscriminate approach was. at the very least, off-putting. So too with Rustler, a game that says to hell with logic or consistency, throwing together semi-smart (well, very semi) historical satire with pop culture references blended with nods to old games and spiced with a large amount of gross-out or intentionally offensive humor. While the same might be said of Monty Python — one of Rustler’s acknowledged inspirations — the Pythons delivered their satire via well-written and impeccably acted performances. Not so much with Rustler.

For anyone who didn’t catch Rustler in its extended Early Access on Steam, the game is a crowd-funded “homage” to the early, top-down Grand Theft Auto games, but set in the middle ages. Substitute horses for cars, lute-slinging bards for hip-hop radio stations, swords for pistols, and you get the idea. While juxtaposing modern culture with an old setting is not even remotely an original idea, I’ll acknowledge that using the Medieval period for a GTA-inspired satire is funny, at least as a concept. 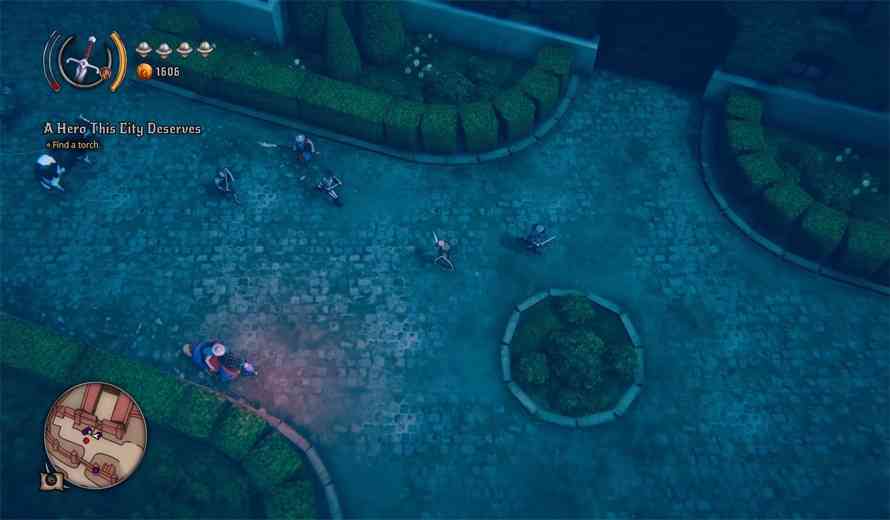 The game begins with a community theatre-level full-motion video introduction that sets up the game’s premise. You play as The Guy (see? Funny already!), a lowlife horse thief working for a small-time criminal boss, and you’re tasked with a number of GTA-type missions: steal this, kill that, fight those. Your ultimate goal is to enter a big tournament to win the “heart” of a young woman, but to do so you need to infiltrate the upper-class society of knights. in which you certainly don’t belong. The main quest isn’t long, less than six hours, but you can dink around in the environment doing a lot of side missions and of course just creating GTA-style mayhem in the world, stealing stuff, breaking barrels, and looking for collectibles, armor, weapons, etc.

If Only it Played as Good as it Looks

Rustler looks much, much better than it plays, with a lot of little detail in its Medieval towns, castle, and environment. The zoomed-out, top-down perspective works well enough, but there’s a bit of disconnect between the mini-map and the actual location of items, quests, and NPCs. At the distance from which the camera views the action, characters are pretty small and it’s hard to distinguish features. Generally, dialogue is written text accompanied by a character portrait and the sound of a weird gibberish language. Now and then, though, dialogue will be voice acted. The developers have said that early access players thought the gibberish language was funny.

Rustler has a decent premise and well-executed environment, but its mechanics are pretty rough. Either with mouse/keyboard or controller, movement on foot or on horse is frustrating, clunky, and imprecise, and the lack of a save anywhere system or even autosave at critical points is kind of a death kiss when paired with how easy it is to fail a long mission. Like early GTA, many assignments involve stealing something or killing someone and then either evading or avoiding the law, in this case on horseback, frustrating because of how poorly the horse riding mechanic works. Combat is likewise often unsatisfying, either using the game’s ranged weapons or up close. 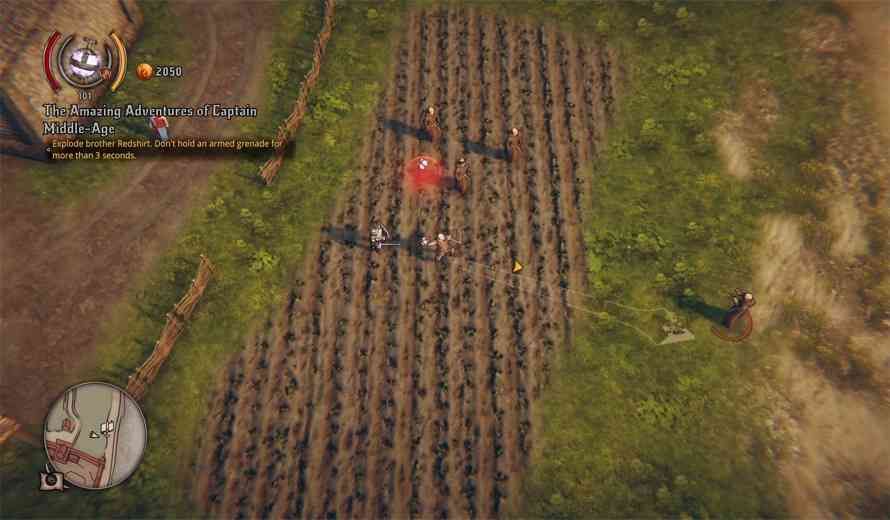 And then there’s the humor, which too often tries too hard to be edgy and referential but just seems forced. The Medieval Grand Theft Auto premise generates some genuinely funny sight gags, but it’s also a straightjacket and demands that Rustler make some silly, anachronistic leaps like police horses with flashing lights, street performers holding microphones, or modern English language profane graffiti scrawled on a castle wall. The written dialogue can’t find a consistent tone either, trying to both acknowledge its historical milieu while sounding like GTA street vernacular.

Sense of humor is personal and what you respond to is none of my business. Rustler might very well be your comedy jam, mixing GTA with wannabe Monty Python and firing the joke cannon at every opportunity in the hopes that the humor will hit with someone. What we can agree on is that mechanics and gameplay are at least as important as the setting and story, and this is where Rustler fails to deliver a consistently fun experience. 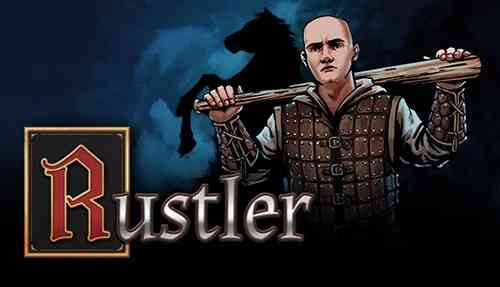