Rocket Arena is a 3v3 hero shooter developed by Final Strike Games and it’s an EA Originals title that will look to bring in fans of multiple genres. The colourful visuals and ten playable characters are reminiscent of Fortnite, while their abilities are more akin to Bleeding Edge and Overwatch. Every character has their unique abilities, from Amphora’s aquatic mode to and Rev’s powerful proximity bomb. The character design isn’t as detailed and interesting as the aforementioned hero shooters but through the Blast Pass and additional DLC, they have the potential to look as interesting as they play. Many people may be uninterested in the Fortnite-like visuals in the latest EA Original from Final Strike Games, but the gameplay makes it way more replayable, and it deserves more credit than an easy comparison.

The gameplay of Rocket Arena is its strongest attribute. There are ten maps at launch with five game modes. This EA Original also has crossplay available day one, allowing gamers from each of the big platforms to play with each other if they choose to enable crossplay. While the title almost exclusively focuses on 3v3 multiplayer mayhem, it also includes a PvE mode where gamers can join together to defeat AI controlled RocketBots. The 3v3 combat of Rocket Arena’s multiplayer is an effortless blend of hero shooter mechanics from Bleeding Edge and Overwatch with fighting game mechanics from titles such as Street Fighter and Super Smash Bros. It’s a shooting game where the various characters have their own unique abilities but you can also juggle enemies with each successful hit and stun locking is definitely a thing and being ganged up on is rough. Like Super Smash Bros. characters don’t die, they just fly out of the arena, which is a great way to keep the violence kid friendly. Rocket Arena is easy to pick up and play but difficult to master because of these blending mechanics and it makes season one of ranked mode even more hectic than other titles.

The ten launch maps are all fantastically designed for each game mode and the several game modes rotating through them makes it hard to get sick of a map, with each mode shining a new light on a familiar map. Being able to play all of the multiplayer game modes on my favorite map shows me that the maps are optimized for every mode which seems like a difficult feat. My biggest complaint about the game modes is that an annoying and loud noise that repeats in Treasure Hunt to alert people that the coins are about to disappear. For some reason, the sound that Final Strike Games went with here is louder than anything else. While the game isn’t graphically intensive and I never encountered frame rate dips, I did experience several crashes, with most happening just before or just after a match. This didn’t interrupt my matches but it definitely prevented me from easily entering the queue for another game and Rocket Arena is a game where you’ll be saying “just one more!” many times. 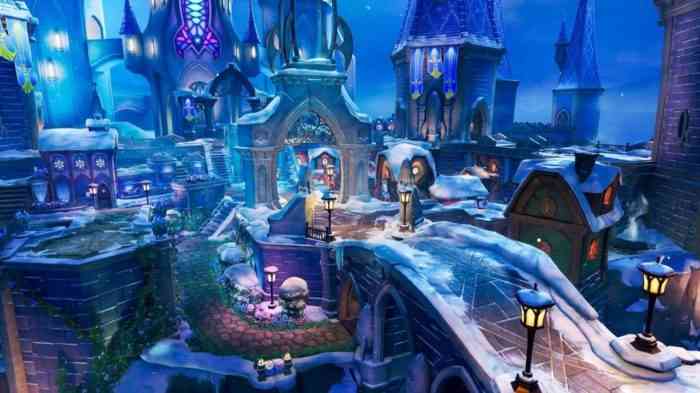 Rocket Arena’s gameplay has a heavy emphasis on skill level, but gamers can also optimize their characters with unique artifacts. These artifacts offer passive benefits such as boosts to movement speed, a reduction to cooldowns and slight damage tweaks. This side of the gameplay brings some roguelike elements to the game that already blends so many ideas together but it works because they’re passive boosts and each character has access to them. Characters will have access to more artifacts and they’ll increase in power as the characters are levelled up too, encouraging Rocket Arena fans to level their main to enter fights with the highest potential possible. There’s a customizable banner (totem) that gamers will show off in the lead up and finish to matches and it includes various symbols, shapes, patters, borders and stands that can be earned or purchased and it can even be enhanced with VFX. While I enjoy getting new skins for my favourite characters, I’ll be building my ideal banner before searching for that perfect skin.

Some of the Best Multiplayer Maps in Gaming

Rocket Arena includes a Team Deathmatch game mode called Knockout and a capture the point game mode known as Mega Rocket but Rocket Ball and Treasure Hunt are their unique modes that gamers will need to play a few times to get used to. Rocket Ball is somewhat similar to Halo’s Grifball and Call of Duty’s Uplink game modes, spawning a ball in the middle of the map and forcing an epic 3v3 battle over a ball that needs to be delivered to the enemies’ spawn. While I’d prefer a few pre-set spawns for the ball in the center of the map rather than just one in the dead centre, this is a great game mode where the ball has the potential to be bounced around plenty of times before being scored. These matches are either quickly completed or low-scoring and extremely back and forth. Treasure Hunt has gamers fighting for possession of a treasure chest that spawns periodically, while collecting coins in between the treasure chest spawns. This game mode is a fun combination of capture the flag and collecting, giving Rocket Arena fans multiple ways to win that don’t even involve thrashing the opposition. One game mode I feel needs to be added to Rocket Arena is a graffiti mode similar to Splatoon. This thoughts stems from Aphora’s aquatic mode but the map design has huge potential to be splatted.

Rocket Arena released with a rotating storefront similar to Fortnite and Apex Legends, with progressively more expensive cosmetic content. People who really want to invest in Final Strike Games’ title will be able to buy a Mythic Edition which includes several cosmetic goodies. In addition to the base  cost of the game, big Rocket Arena fans will also need to get the Blast Pass to get their full money’s worth. The Blast Pass progression hasn’t been fully unveiled but gamers can expect to unlock cosmetic content and in-game currency as they level up the Blast Pass and the Pass is available for less than $13. Considering characters are all levelled separately, it’s likely that XP boosts will also be on offer through the Blast Pass, which is available for pre-order without showing much of what fans can expect. Levelling up a character and focusing on a main will reward you with new cosmetics for that character but this progression system discourages trying out all of the characters before finding one you really gel with. 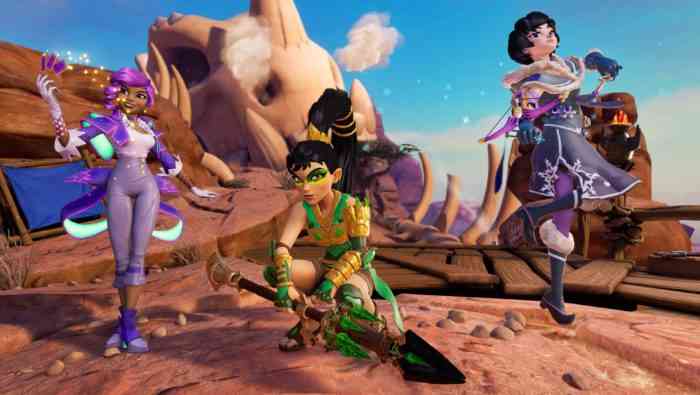 While the store offers a handful of skins already, none of them are strong contenders for my money like some Fortnite, Apex Legends and Overwatch skins. It’s worth noting that if you play enough Rocket Arena and complete the daily and weekly challenges, gamers can earn Rocket Parts to buy new skins with. Despite the aggressive monetization of this EA Original, I appreciate that I can buy a skin in the store that I like if I earn enough Rocket Parts from playing the game, rather than just throwing down $10 every time. Beyond the expected skins, gamers can get return trails, new banners and more through the store.

While aspects of Rocket Arena seem ripped straight out of other games, there’s no game that blends hero shooter and fighting mechanics like Rocket Arena does. The aggressive monetization will likely turn some people off of the game but I think if most people tried the gameplay and gave it a couple hours of their time, most would enjoy it. With the ability to unlock store skins with earned in-game currency is a nice touch that I’d like see implemented into Fortnite and Rocket League in the same way it was added to Rocket Arena and Overwatch. Because Rocket Arena is a live service and thus, the game will improve over time, people may not be enthusiastic about jumping on board right away, but Final Strike Games have made a game that’s already difficult to put down. The launch of Rocket Arena feels like season one of Fortnite in the sense that it feels like something huge but it just needs the community and celebrity support behind it. It’s easy to get stuck playing another match after completing one, which is a key hallmark of the battle royale genre. Once I pick up Rocket Arena in any given day, it’s hard to put it down until I absolutely need to. The gameplay is addicting even if the colourful visuals seem more directed towards kids. While Rocket Arena is a great game for adults to master, it’s the perfect game for a kid to enjoy due to the cartoon violence with a competitive edge. 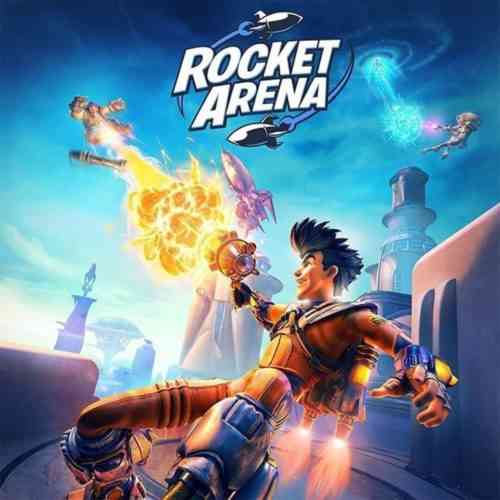 Splatoon 3 Multiplayer Review – Back and Better Than Ever
Next In Death: Unchained VR Review – No Salvation Here
Previous Layers of Fear VR Review – Hell Beyond The Door