VR games are perfectly suited to quick bursts of playtime. Roguelite games are also perfect for short sessions. This is not, in any way, a sign you should combine the two things. My relative distaste for roguelites has been tested across multiple consoles and subgenres. I fully recognize that this lack of enthusiasm will color my review of any roguelite game. Even for a roguelite, In Death: Unchained feels uniquely suited to make me suffer. It somehow checks every item on my list of genre-specific design sins.

Roguelite games require precision, persistence, and patience. You can’t succeed without slogging your way through an enemy horde or three, and you need exacting controls to do this. In Death: Unchained sort of achieves this end. Your movement around the map is easy enough, your shield is summoned in a flash, and the bow maps to your controllers with ease. Shooting that bow is a different matter. I’ve never had such difficulty landing a shot, no matter the distance. I even resorted to an exhausting rapid fire method, hucking dozens of arrows to stop a single target. The results are mixed. The bow is of course, the only attack method you have.

Progression between runs is an essential feature in long-term retention for any roguelite. As long as the illusion of progress, of evolution, can be maintained, I’ll keep coming back. The only progress you make in ID:U is a floating percentage stat in the sky. I cannot glean what causes it to increase, be it kills or map exploration or what, but I know it moves very slowly. You retain neither experience nor resources, and the map is randomly generated after every run. This results in you feeling somewhat hopeless. Your every death feels like a taunt, a middle finger daring you to do another run. Of course, this could be a wholly personal problem. I can imagine someone with a better grip on the controls making progress in leaps and bounds. 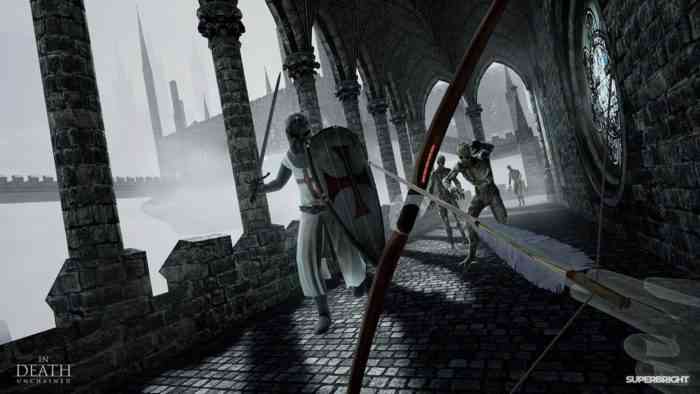 Your successes, scattered and fleeting as they are, still manage to satisfy. Missing with six arrows doesn’t erase the joy of landing a headshot with the seventh. A rapid fire flurry of shots making pincushions out of a whole goon squad is a lovely sight, a proper tableaux. Blocking and dodging incoming projectiles happens quite naturally, and basic traversal is a snap. You’ve no recourse when it comes to melee combat though.

If you somehow (read: easily) manage to miss a given enemy before he gets to you, there’s no secondary weapon to save you. So what do you do? You pull out this… shiny rock, shaking it to initiate a dodge roll. As you might imagine, this process isn’t exactly precise, and you’ve got a decent chance of rolling directly into the enemies you’re trying to escape. For the most part, I tried to win every battle from farther than 10 feet away. Any closer and death was pretty certain. You face the same danger when executing too many commands at once. I don’t know if this is limited to the Quest version of the game or what, but there’s a hard limit to how many bow and arrow motions the controllers can successfully register. Again, was I panicking, causing certain moves to misfire? Quite possibly! But all that missing certainly wasn’t helping to keep me calm.

I won’t sugarcoat things: I hated playing this game. But I recognize that part of my constant misery was due to the roguelite elements corralling gameplay into certain styles and rhythms. In Death: Unchained asks a lot of you, in terms of practice, patience, and persistence. When it comes to roguelites, I am mostly sapped of these things. But that doesn’t apply to everybody! You may hear my dire warnings as a clarion call, a war cry demanding your full attention. The lack of progression between runs, the unforgiving aiming system, and the complex controls all proved an insurmountable barrier. Hardier souls than myself are welcome to scale this mountain, but be warned: the ascent is a treacherous one. Download In Death: Unchained if you’re not afraid of a little suffering and strife mixed in with your satisfaction. 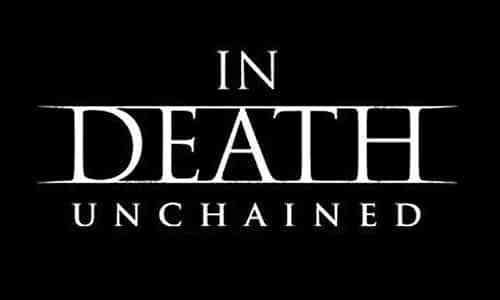 
Tentacular Review – Getting Squiddy With It