It’s hard to believe that the original Sword Art Online light novels first debuted in Japan over a decade ago and garnered mass popularity that eventually spawned a very successful anime. It was no surprise when games began following its path, as the concept of playing a fantasy MMO VR game couldn’t be any more perfect for fans to be able to further engross themselves in the story. Unfortunately, the previous SAO games haven’t really performed as well as fans had hoped but here we are with the latest entry into the series: Sword Art Online: Alicization Lycoris. Will it prove to be a worthy successor to the other games?

Following the plot of the third season, Kirito awakens in a meadow in what he immediately discerns to be another VR World he cannot log out of. After some quick exploration, he runs into Eugeo, a local of a nearby village, where he learns that the area they are in is called Underworld. After some brief interactions, Kirito decides to follow his new companion on his journey to finding Alice, stolen away from the village after breaking one of the cardinal laws. The games’ first chapter closely follows the anime but then branches off toward a unique story. This was a really welcome change as fans can enjoy a new setting without simply rehashing the same story as the anime.

While going through the gameplay, it can seem a lot more daunting at first than the tutorials make it out to be. You have your basic and jumping attacks and a guard. Holding R1 will give you a wheel of 4 equipped skills at the cost of SP points. By hitting the triangle button, you’ll then have access to your characters Arts skills, Super Arts and Finishing Art skills that can be used to further combo your attacks together. I actually found the gameplay to be fun and I liked being able to switch between my party members but I also felt like the combat was too slow at times. Kirito and the party can run around the map as if on ice skates but something like falling to the ground from high up feels just way too slow. 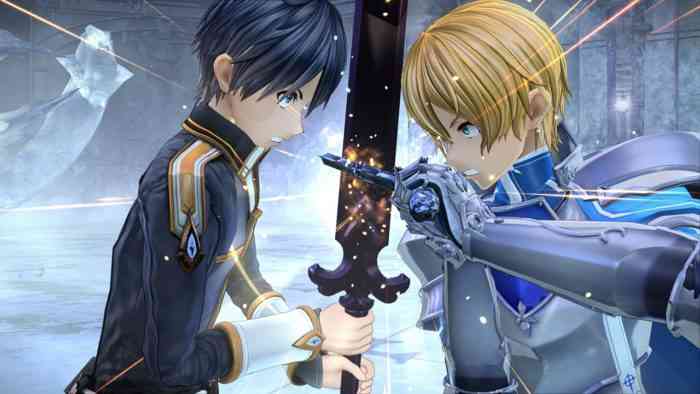 The game world itself is actually quite pretty, and the open world element of the game allows for a ton of exploration, gathering items, and fulfilling the many side quests you’ll find yourself on. As far as I can see, this is already a step up from the more linear previous games that felt more like a dungeon crawler. Visually, the game looks great — almost as good as the Tales of series I dare say. However, there are a few drawbacks that make this game feel as though it was released generations back.

Whether you’re entering a small room, a town or even the open-world area, you’re going to be facing a fairly long load time. And despite having waited for the next area to load, most areas will still have the environment, NPCs and monsters loading before you, usually within a few feet from your party. Lycoris also suffers from constant lag and I often found myself barely pushing 30 FPS even after just booting up my PS4. I’m not sure if this is an issue for the PS4 Pro and the other platforms, but if I can play The Last of Us Part 2 and Final Fantasy 7 Remake without any issues, I don’t believe it’s an issue with my console, especially since these graphical issues stemmed right from the beginning of my 40+ hour playthrough. The auto-save function also barely does its job, saving only after certain specific points that are not at all convenient, which can cause many lost hours if you don’t realize this right away. 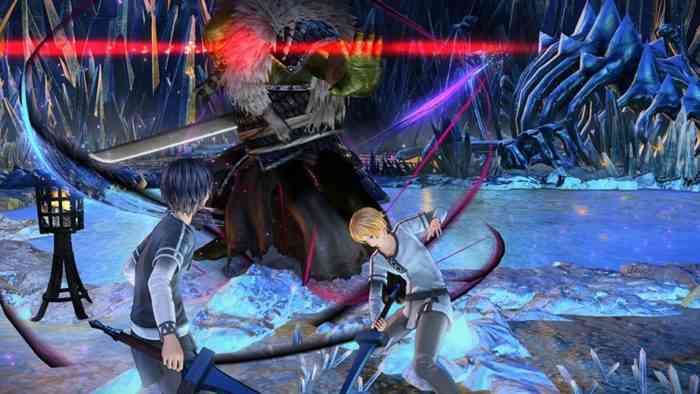 The first chapter of the game will take players 10-15 hours to complete, and begins by following the anime before branching off into a unique story. While some of the cut scenes are fully animated and look wonderful, a large amount of the cut scenes are treated with a visual novel style of static pictures and a dialogue text. The voice acting is really great, but it’s a bit of a slog to get through as there’s just so much to go through and some of the pacings can feel a bit off at times. It was quite refreshing to see Kirito engaging with characters in the game other than his usual harem of girls, but they eventually make their return, which pushes the more interesting Eugeo and Alice onto the back burner. 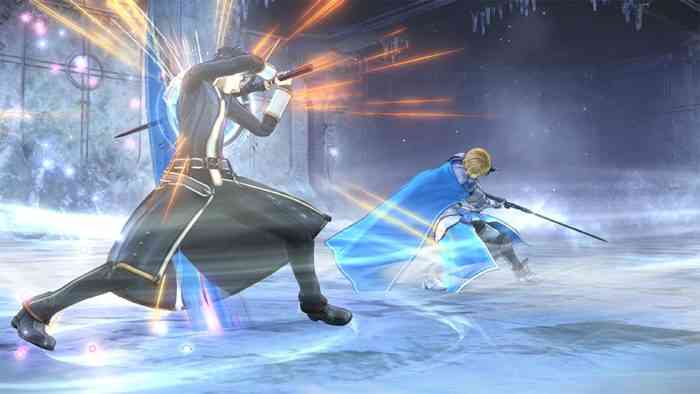 At its launch, Sword Art Online: Alicization Lycoris suffered from a lot of game bugs that certainly put off players, especially given its high price tag. Updating the game today with the new patch that’s come out, a majority of the aforementioned bugs have now been fixed, but it’s too bad that it took two weeks for this patch to come out. I would have preferred having the game be delayed to be able to play without any of these issues rather than having to wait for this update to make the game more playable. But in the end, the story is interesting, the graphics are beautiful, and with the open-world concept with much to do, it’s definitely a great game for SAO fans and is definitely a step up from the previous titles. 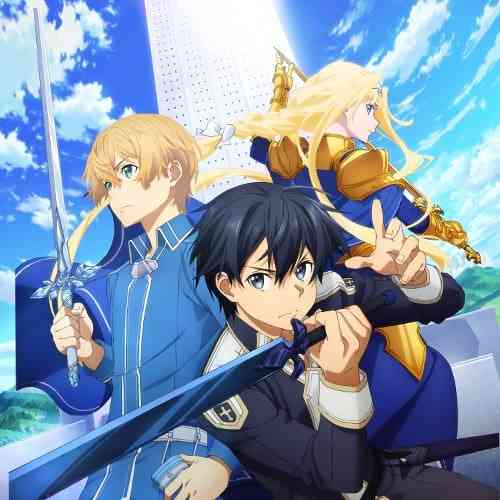