The resurgence of Resident Evil is in full force. Capcom’s reinterpretation of the franchise in 2017 was a bold move, however, its shift of perspective helped to enhance the claustrophobia that festers throughout. Its sequel, Village, introduced iconic antagonists that will forever be etched in the tapestry of the franchise. While remakes and new experiences are on the horizon, the Winter’s Expansion aims to conclude the family saga with the Shadows of Rose campaign and breathe new life into the game with additional content. After nearly 18 months, does this DLC warrant a return trip to the village?

Following the events of the main game, Ethan’s daughter, Rose, finds life difficult. Due to her differences, she has become a recluse, shunned by society. Rose learns that a Purifying Crystal within the realm of the MegamyceteIn can rid her of the shackles that have altered her life. With a passion for acceptance at the forefront of her heart, she ventures into the nightmarish consciousness of a salvaged fragment to finally find peace. As the game is set in the psyche of a specimen, the horror has a supernatural twist. Rooms transform in an instant and enemies possess inexplicable characteristics that will place you in a vulnerable psychological state. Because of this, a sense of doom and dread lingers over your adventure to make each tentative step an anxiety-driven experience.

Throughout, you retrace your father’s footsteps, visiting iconic locations from the base game. Your route around areas differentiates from your initial expedition as paths are blocked with strange blood-based plant life. While it feels familiar, the invasion of organic gore changes the atmosphere and therefore makes your return feel fresh.

Visiting the environment from a third-person perspective alters the experience. You will see remnants of the past and many references to previous inhabitants as you venture through areas. Rose is weaker and slower than her father which adds an additional layer of peril to your journey which is heightened through the incredible sound design. You do have access to staples from the franchise such as healing herbs and weapons, however, you can also use Rose’s powers. If you focus on plant pods, you can remove their presence from the area. This evolves into more offensive abilities which further helps to distinguish itself from the base game. 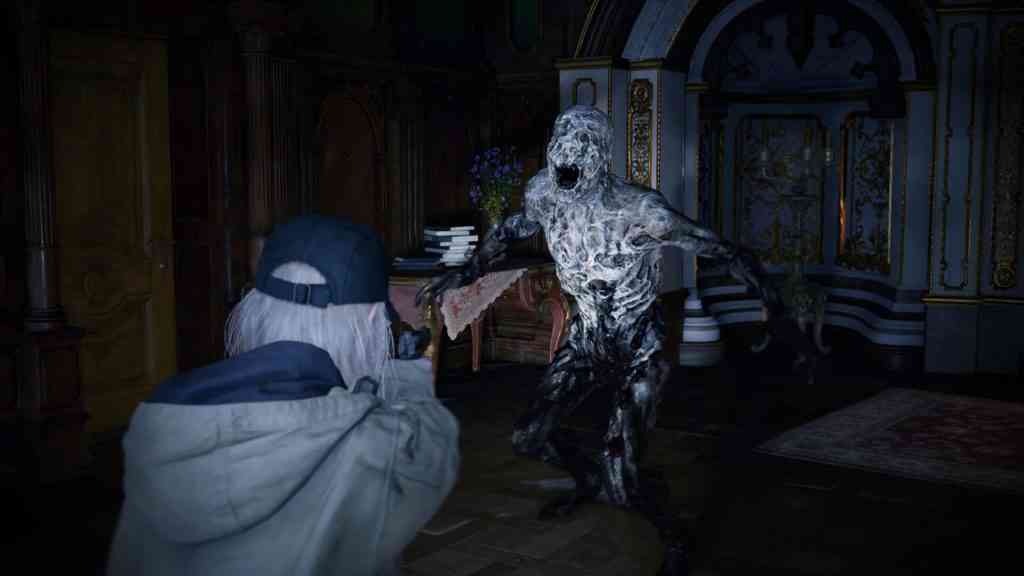 A mysterious presence guides you through the environment. At certain points, it will support and advise you on how to proceed as well as supply you with the odd item. Its implementation allows Rose to express her emotions which further develops her character. While this emphasizes the supernatural aspect of the expansion, it also allows you to form a connection with the protagonist.

Shadows of Rose follows the traditional gameplay loop you come to expect with a Resident Evil game. Puzzles will have you traipse across the environment in search of items and the odd chase sequences will keep you on the edge of your seat. In addition, you will need to manage your inventory, scour for armor and find typewriters in this psychological adventure. While it’s an enjoyable ride, with some truly terrifying segments, it’s a safe release from the masters of horror.

A Different Point of View

In addition to the relatively short campaign, the Winter’s Expansion also comes with a third-person mode for the base game. This works extremely well and acts as a catalyst for a new playthrough. Iconic moments look great from a different perspective and add an interesting twist to the campaign.

Fans of The Mercenaries mode will enjoy ‘Additional Orders’. The expansion adds Heisenberg and Lady Dimitrescu as playable characters, who have interesting skills and abilities. While this won’t do much to attract new players, fans of the mode will relish the new additions. 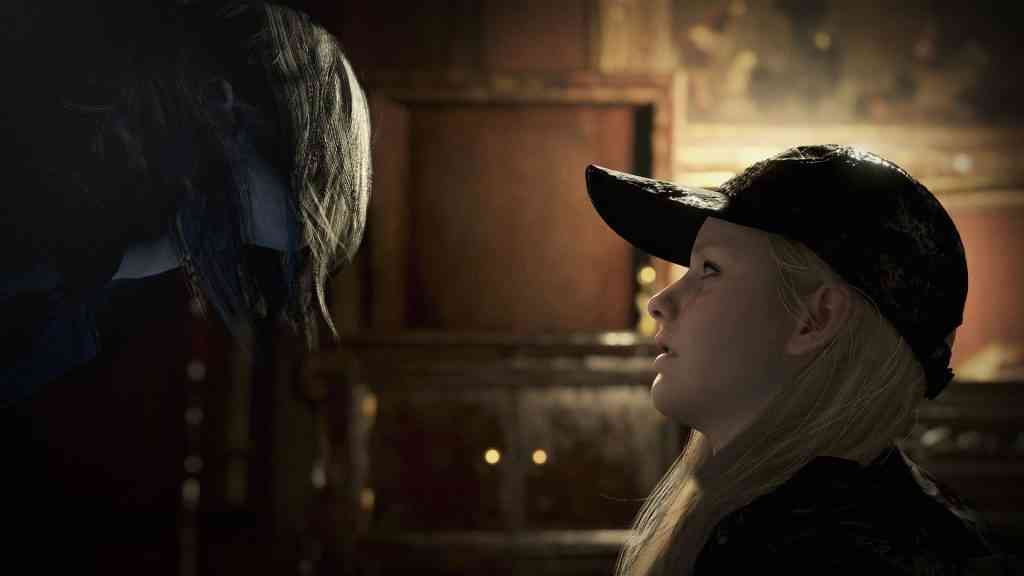 Resident Evil Village: Winter’s Expansion includes a wide range of content. Shadows of Rose is a great addition to the family saga and neatly ties up narrative threads from the base game. Although it follows conventions of the franchise, the supernatural twist does add a new element that leads to some innovative scares. The inclusion of a third-person mode for the main campaign is a fantastic addition and the new characters are great for the Mercenaries mode. Although Rose’s story is a little short, the expansion offers some memorable moments and gives a reason to return to the macabre village. 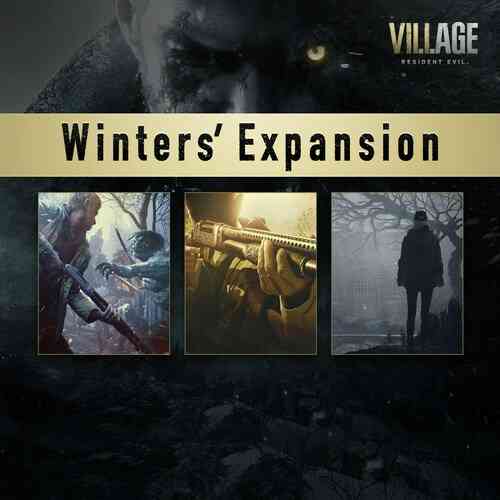