Red Wings: Aces of the Sky Review – Fly Like An Eagle

All In! Games are onto something here with their take on World War I dogfighting, Red Wings: Aces of the Sky. While it never truly soars to great heights, the satisfying aerial gunplay combined with a vibrant and colorful yet classic aesthetic makes for a unique Switch experience. Issues of repetition start to arise once you’ve sunk a considerable amount of time into the game, but if you go into Red Wings looking for that perfect “10-minute-fix” title that you can play during your commute or while on the john, this is for you.

I love everything about the setting of Red Wings. All In! Games do a fantastic job of encapsulating the player in the old-timey, war-ridden era that its subject matter is based on, using vivid, warm color and period piece music. Right from the main menu, as I sat at the hangar’s workstation, listening to the melodies that drift from the radio, I was drawn into the world. I immediately wanted more, and it went a long way with me to be as excited as I was to play the game before even beginning the tutorial.

Two campaigns are playable, both with over fifty missions to take part in. Throughout the story, you’ll learn of the Triple Alliance and the Triple Entente. I always appreciate when games based on war don’t shy away from exploring both sides of the conflict. The atrocities of their leaders often lead people to forget that militaries from all sides are made up of human beings – human beings that suffer in similar ways. And Red Wings does an excellent job of dealing in the heartbreak that comes with war. The story is told through a series of comic book-style art panels that have all been voiced-over. You can feel the lack of budget in the actor’s performances, at times sounding as if they had to use their own developers to voice lines (and save some cash). Still, the writing itself remains relatively strong, and I was interested enough to keep pushing forward to the end.

Up There, The World Is Divided

If the shooting wasn’t so damn fun, I don’t think I would have made it through either of the campaigns. Thanks to the haptic feedback in the Joycons, you’re able to feel each round as they leave the chamber of your guns. It works wonders for immersion, and given how intuitive the rest of the control scheme is, I can safely say that the Switch version is the definitive way to play Red Wings. Your face buttons all control different abilities – you’ve got the barrel roll, the quick comeback, the squadron call-in, and the fatal takedown – and your shoulder buttons will fire your weapons and allow you to control the camera as you will. All of these moves are upgradable with stars you receive based on the completion of mission objectives, and I found each new ability to be useful and satisfying to work towards. 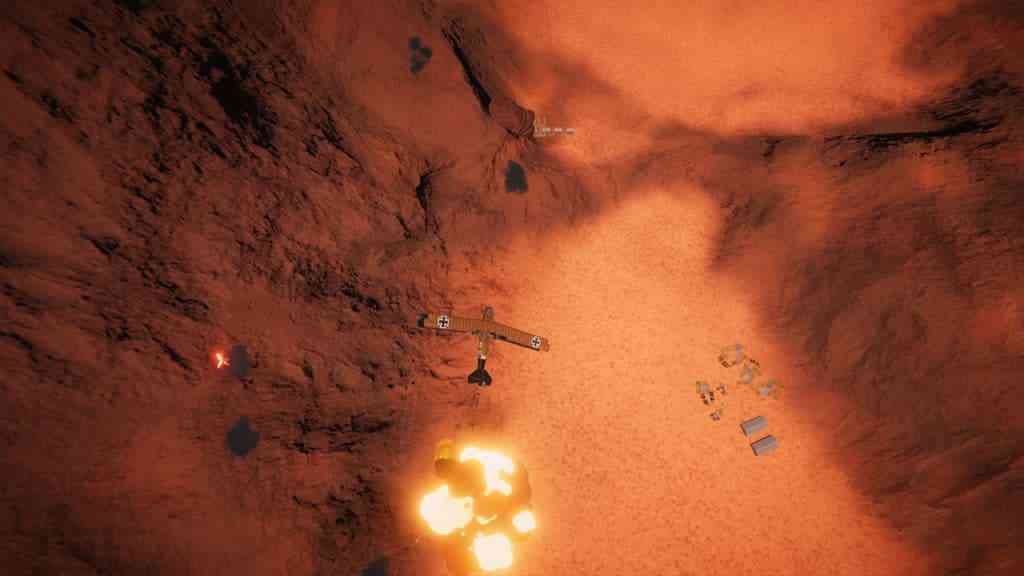 I can’t help but appreciate a control scheme that allowed me to jump in and immediately start pulling off moves that made me feel like a veteran, especially given the fact that I tend to struggle with this genre. And everything would have fallen apart had the flying not been just as exhilarating as the shooting – but thankfully, it is. It’s light and arcadey, leaving you with plenty of room to maneuver in tight situations without demanding hours of experience. Right from the get-go, the developers put you comfortably in the driver’s seat and have you feeling confident that you’ll become a force to be reckoned with by the time the game is over.

If the gameplay didn’t all come together as well as it does, the repetition of the missions would most likely put most players off. It still might. There are a ton of missions on tap, but the variety of them is nothing to write home about, and I would be lying if I said the monotony of it all didn’t start to weigh on me towards the end. Once you do make it through the campaign, a survival mode awaits that’s more or less no different than the story. Three difficulties are available to select from, and you’ll fight off wave after wave of enemies in an attempt to outlast them. A survival mode such as this is a dime a dozen, and it’s so shallow that it seems as if it was tacked on at the last minute to spread an otherwise thin game out. After spending so much time on the main missions, to start a mode with even less to do had me shutting the system down. 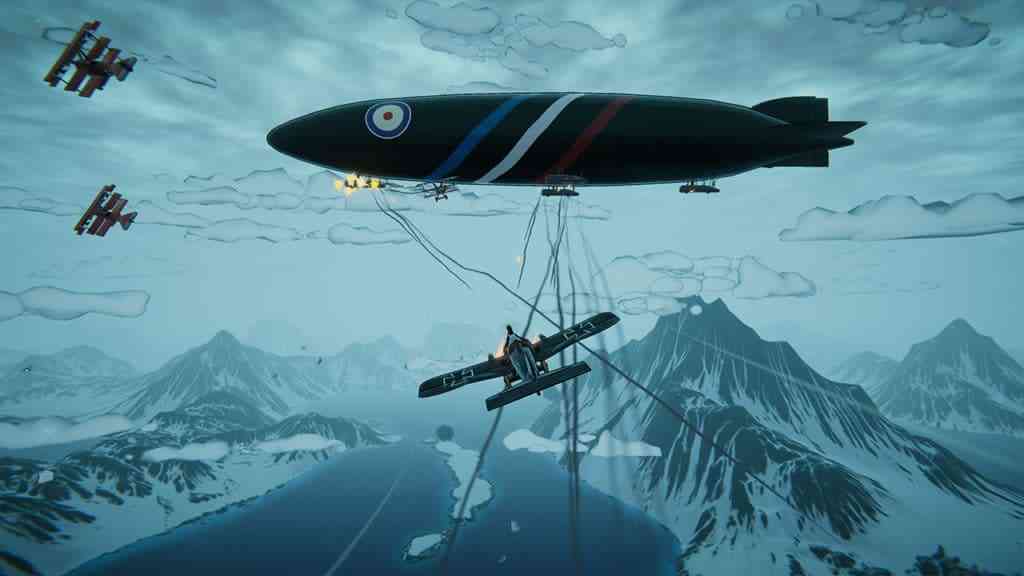 Red Wings: Aces of the Sky is a solid first effort by All In! Games. I hope this isn’t the end of the road for the franchise, because there’s tremendous groundwork that’s been laid here for something that could be truly special. If the developers were to flesh out the modes, further the variety in the missions, and hire actors more capable of conveying the power of the writing, we could have one of the all-time great dogfighting games ever made. Until then, Red Wings remains good, but not great. 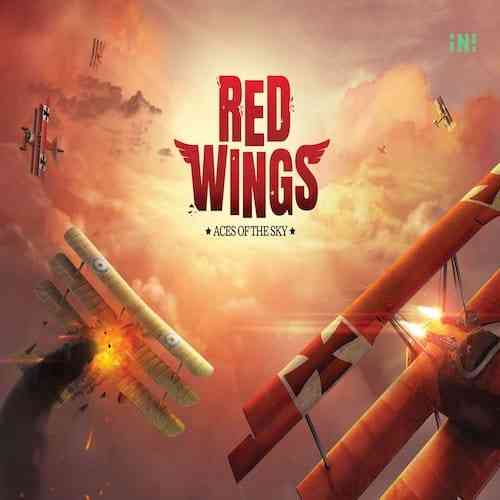 Developer: All In! Games