If you are even remotely interested in esports, you probably have heard about Valorant. Made by the esports giant Riot Games, this is their first true venture into a major project outside of League of Legends. Aiming for nothing but the top, Valorant is attempting to claim its throne of tactical first-person shooters from the long-standing Counter Strike: Global Offensive. Of course, the question is, what can Valorant do better than the classic? Well, it turns out, a lot of things.

Valorant is a tactical shooter with a clear and singular goal in mind: competitive gaming. There is a minor story within this fantasy sci-fi world, but it is set way in the background with no single-player story mode (or multiplayer story mode for that matter). The interesting character designs and voice lines serve as sprinklings of lore while you climb the online ladder, but that’s as deep as it goes. So if you are thinking of diving into Valorant, definitely do it for the gameplay.

Valorant will play drastically different for most players, even the ones familiar with FPSs. The only major games with a similar feel to it are the Counter Strike series and Rainbow Six: Siege. The gameplay is punishing and rewards slow calculated gameplay. I’m telling you this because if you approach Valorant with the same mentality as playing Call of Duty, Doom, or even Overwatch, you’ll be sitting on the sidelines more often than playing the game. 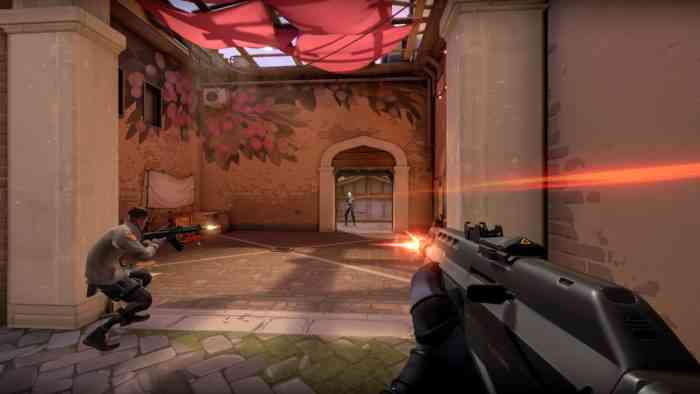 The biggest difference within tactical shooters is speed. Where other games may frown upon the tactic called “camping”, in tactical shooters the act of predicting your opponents’ movements and setting yourself in an advantageous position is not only the strongest strategy but also highly encouraged. You can’t go auto-pilot and just run-and-gun, as you’ll get yourself killed.

The game succeeds in establishing this gameplay in many ways. First is the way the guns work. If you are moving at all, (even walking slowly) your accuracy will be drastically reduced. This is compounded by the fact that most weapons, including automatics, will kill you with a single headshot. So your chances of winning fights are immeasurably higher if you have posted yourself behind cover before any bullets go flying. On top of that, characters running can be heard from incredibly far away, so you want to try to walk as much as possible to not risk giving away your position.

There is only a single game mode and it is based around a hard-set objective. One team is tasked with defending two to three important locations while the other team is tasked with setting up a bomb in those sites. As defenders obviously have a huge advantage in gameplay, the teams swap sides after a few rounds have been played. This objective-focused gameplay means that a deep knowledge of the map is key to winning the game, as it will help you predict enemy positions.

The game is deep, complex, and only gets more and more interesting as you play more. The unfortunate side of this is the fact that it has an incredibly steep learning curve (more of a cliff) that shows no mercy to new players. I’m not exaggerating when I say that after dedicating a hundred hours into a tactical shooter, you’ll most likely still be considered a beginner. So the game isn’t for everyone, to say the least.

With so much dedication needed to become good at the game, you may be wondering why choose Valorant over any other titles. Of course, much of it comes down to personal tastes, but I can let you know of some of the things that Valorant does differently.

To me, it all comes down to modernizing the gameplay. In a way, the game is easier in all the right ways, while keeping all the important skills intact. For example, CS:GO runs on the good-old Source Engine with all of its ancient jank, such as sliding momentum. This means that if you want to plant your feet and shoot accurately, you actually have to tap the opposite direction you were moving to come to an instant stop. Does that take skill? Of course, it does. But is it interesting, intuitive, or make any sort of sense? No, no it does not. This is made worse by the fact that there is no in-game tip within CS:GO about this. Valorant does away with all that ancient baggage.

Valorant also comes with excellent training mode which the best in the business, and it doesn’t even come close. While other games either have too little information or overwhelm people with way too much, Valorant makes everything clear, concise, and simple. You can even set your sensitivity in the shooting range by simply shooting at buttons, rather than having to adjust them in the menu. Finding your perfect sensitivity has never been easier.

The next points are going to be a bit more on the side of taste, so it’s up for you to judge. One of those is going to be its art style. It looks bright, angular and cartoonish. In my opinion, stepping away from “gritty realism” is the right direction when it comes to competitive games. This means things are visually identifiable, and you don’t have to play with dark areas/lighting which just forces players to play with max brightness for competitive advantage anyways. Other advantages can be seen in things like smoke grenades which produce the same predetermined shape every time. In games like CS:GO, smokes are randomly simulated like a “realistic smoke” which can make them inconsistent. The fantasy sci-fi setting can also mean the developers can take creative freedom to create interesting gameplay choices, rather than being forced into only playing with real-life technology. 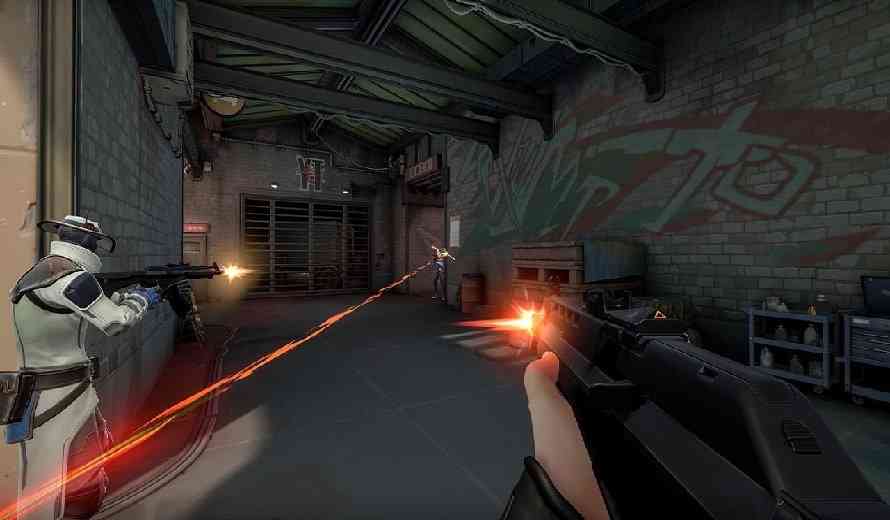 Finally, the variation of characters adds in an extra layer of metagaming to Valorant. And I suspect this to be the biggest thing that will either get people into the game or drive them away. In a lot of ways, it creates unnecessary complexities in a game that is already complex, also with a bad balancing team it can create a meta environment which is awful to play in. On the other hand, it offers way more player expression and niches to improve in. I can understand both sides of the argument.

However, the largest problem with Valorant is its incredibly intrusive anti-cheat program. Once you download it on your computer, it will run at the operating system kernel level and will be on from the moment you turn on your computer, even if you are not playing Valorant. This program is very efficient in catching cheat software, as it has access to everything running on your computer, but it also means you have no privacy while this program is on your computer. I hate cheaters as much as anyone else, but I really wish there was a better way to solve this.

All in all, Valorant is definitely not for everyone, but the game is completely free to play so you have nothing to lose. It might not be the most original game, but it is expertly designed and iterates on many proven and classic video games. If you are interested in tactical shooters, Valorant is a must-try.

Rogue Blaster Battles Its Way to Steam Today
Next Shantae and the Seven Sirens Review – Simplified Metroidvania With Charming Characters
Previous Red Wings: Aces of the Sky Review – Fly Like An Eagle