Rain of Reflections: Chapter 1 Review – Well Made But Underwhelming

Rain of Reflections is an episodic atmospheric adventure game with turn-based combat encounters by developer Lionbite Games. The first chapter follows Wilona, a privileged scientist trying to solve the issue of humanity’s infertility. There are no new births, and because of this, there is wide unrest and the imminent collapse of society. Think Children of Men. No, really: think Children of Men. When the title screen drops the worldbuilding, Alfonso Cuaron will be the first guy that comes to your mind.

Thankfully, I like Alfonso Cuaron. What he did with Harry Potter and the Prisoner of Azkaban was a stroke of genius, and his adaptation of Children of Men remains underrated. Therefore, I was prepped to like the story of Rains of Reflection, which starts the player off in Wilona’s room the night before a heist to rescue the last child of a natural birth from the terrible fate of living as a science experiment.

There are quickly other factors to consider, of course. It turns out that, not only is Wilona’s father the head of these experiments, but Wilona’s mother is the leader of the dystopian city that surrounds her. In order for Wil to meet her contact and commence the rescue, she must escape the prying eyes of her mother and, more importantly, her mother’s goons.

A Fusion of Styles

Several gameplay elements are working in tandem. First is a regular point-and-click interface, which has Wilona interacting with objects by walking to them, looking at them, and you know, thinking about them. Then there are the “Encounters,” which constitute any time that Wilona is in a sneaking or fighting scenario, and this takes place as a turn-based combat system, aided immensely by Wil’s ability to turn invisible with her futuristic cloak. And third, there is the hacking system, a familiar mini-game setup that involves Tetris-like puzzles.

These elements all work fairly well together, although I was always a little bit startled at the beginning of an Encounter. The sneaking elements of Rain of Reflections were fun for me, which is great considering that I rarely like sneaking games, and I occasionally even felt clever in the way Wil can sneak around the “Bolts,” the police force commanded by Wil’s mother. However, when there are three enemies and they all get a turn, one that usually consists of them walking around, and you have to watch all three of them do it, it does get boring. The hacking mini-games, though, were actually pretty fun, and I would be tempted to play a game just made of those.

The point-and-click elements were standard, and I didn’t have any problems with it. I did notice that Wilona and her mother share an extremely similar face model, which was off-putting to me, especially considering how few characters were in the episode. The graphics were generally nice and high-quality enough that I really admired some of the area designs, although I did notice Wilona’s feet hovering over some staircases. The game really is atmospheric, with rain pattering the windows of Wil’s apartment and her lovingly-rendered face looking out at slums decorated with baby heads on stakes. 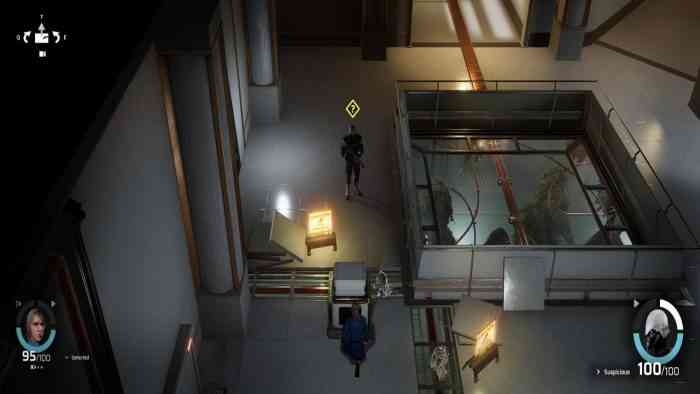 Games like Rain of Reflections don’t ride or die by their graphics, though. It’s the story that matters. As I mentioned, I thoroughly enjoy the concept, and while I have seen it before (in one specific place), I think that there is plenty of room to explore the concept. Rain of Reflections, though, limits itself. I felt like I had seen nearly every character and idea before in some way. The worldbuilding beyond the events of the game didn’t seem very deep—I felt that if Wilona were to stray beyond the path ahead of her, the buildings would simply fade away.

While there were some genuinely cool areas to explore, many of these areas only resonated because they built off tropes that popular culture has seen before, not because Rain of Reflections is doing anything particularly innovative. And while not every game needs to be pushing some grand idea, it does need to connect with its audience in some way, especially if it’s a game built around its story. Unfortunately, the ending in particular—with its double deux ex machinas—lacked a real emotional climax for me.

This could have had to do with a point in Rain of Reflection’s favor, though. Around halfway through the episode, a secondary character died in the middle of an Encounter. I was expecting the game to reset and force me to replay it until I finished it properly, but it didn’t, and Wilona was left alone. This intrigued me because it felt like a fulfillment of the empty promise of so many games: that your choices have consequences.

Wilona’s nearly complete lack of reaction to the death, however, made me seriously wonder what the rest of the episode would have looked like had the secondary character survived. If she doesn’t have hardly a voice line to mourn her comrade, then what changes are made in the rest of the episode? Could I have earned a more satisfying conclusion than the one I had, where all the major choices are out of Wil’s control? I just wasn’t invested enough to play again and find out.

Overall, Rain of Reflections is well-made from a graphical and gameplay standpoint, although neither elements excite me on their own. The story concept is interesting enough to give the game a look, and it might be worth buying if the second and third chapters, which do not follow Wilona, serve more satisfying conclusions to the story. Right now, I can’t fully recommend this game as it stands, unless you’re really into hacking mini-games.

Brigandine: The Legend of Runersia Marches to Steam Today
Next Mario & Sonic at the Olympic Games Tokyo 2020 Review – Going For Gold Once Again
Previous Stygian: Reign of the Old Ones Review – Finally an Amazing Lovecraft Experience