The sense of danger you feel in a game usually comes from two places: the fear of the unknown, and the fear of losing your progress. Games will literally throw terrifying things at your face that you won’t see coming, or have an enemy you have no clue how to defeat and subsequently be reset to your latest checkpoint. It gets frustrating, to be sure, but what are the real stakes here? Pylon: Rogue, from developer QuantumSquid Interactive, instills a kind of looming fear that grows with you the more you play the game and it works as a powerful incentive to focus and play at the top of your game – or die trying.

Pylon: Rogue is a rogue-like RPG starring a cast of four characters: The Moneydin, The Golem, the Ranger, and the Assassin. Each of these has three fighting styles, their own unique set of skills, and specific mechanics for item drop rates to try and create a level playing field. The Moneydin is all about money: when he blocks, his entire body turns to gold and he repels any attack. He can send out a shockwave that – for a limited time – makes his enemies spit out gold and gems. Because he makes so much money to spend at the shop between levels, his drop rate for gear is severely limited. The Golem, being a bigger target, seems to pick up a lot more health items than anyone else, and so on.

On the surface, Pylon: Rogue feels like a more evolved version of the Gauntlet series during its better days with titles like Gauntlet: Dark Legacy or Gauntlet: Seven Sorrows. In fact, the game itself isn’t particularly long: It comprises three stages and a boss battle for each of the three worlds. With a game so small, you might be wondering, where does the challenge lie? Enter the games key mechanic: Permadeath. Players will have a single save file for their current character which exists only so you can jump back in between battles. Should you fall in combat, it’s game over and the save file – along with all of your stuff – is gone.

“Should you fall in combat, it’s game over and the save file – along with all of your stuff – is gone.”

Permadeath isn’t a new mechanic for video games, and I admit I died several times when getting used to the controls and different playstyles of the characters: As the Moneydin I died on my first mission, as the Golem I managed to make it to the second before meeting my demise, yet as the Ranger I feel completely untouchable and I am still confidently going strong. In those earlier attempts, I didn’t really care that my generic hero died, but that’s the point; you start to care the further you get into the game. Not only do characters have their standard gear, they will find items that imbue fantastic abilities. What makes it more exciting is the fact that they stack. 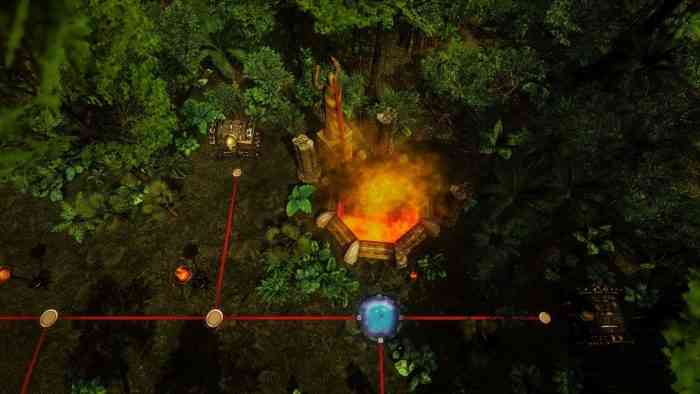 As of this moment, my Ranger has a 20% chance to summon a skeleton to fight alongside me upon every kill I get, my bow deals a slow debuff and steals health, plus if I do get hit it instantly creates an AOE of poison splash damage in my vicinity.  In a previous playthrough, I had more than double the number of abilities stacked and – while they each make it easier to take on my enemies – progress through the story is still tough, and the thought of one wrong move, making me lose it all, kept me on edge the whole time.

These pieces of gear are found randomly from enemy drops and chests, but some need to be unlocked by specific conditions before they become available. With a game so heavily focused on not dying, I was amused to see a number of items require specific death requirements to unlock such as “die three times on the first boss” or “die ten times.”

“Pylon: Rogue excels because it knows what it is: a rogue-like RPG about skill, precision, and stacking a crazy number of skills.”

While I found the game to be a lot of fun because of my love of the Gauntlet and Champions of Norrath series, it does feel like it might only hit a niche audience. The game is entirely about combat and precision controls, trying to help players get into the groove and find the drive to replay the randomly generated worlds over and over again. While there is a story, it isn’t readily apparent, so anyone looking for a deep and winding plot might want to look elsewhere. Someone who wants a challenge but isn’t quite up for Dark Souls, however, may have just met their match. Being restricted to only one “file” seems a like an oversight if I am to be hooked on playing. I could be focused entirely on my Ranger and decide I want to test out the Moneydin again but to do so I would have to let my Ranger die. Having at least one of each character available as their own save files would be a lot more convenient to those of us who might want to switch it up.

Pylon: Rogue excels because it knows what it is; a rogue-like RPG about skill, precision, and stacking a crazy number of skills. Its presentation is nice if a bit simple and some enemies sadly tend to blend into the environment due to lighting which can lead to unfortunate hits, but it’s still a solid experience. Fans of the Gauntlet series will easily be able to pick up and play while gamers looking for a new challenge will enjoy the rush of trying to stay alive. For the kind of fine-tuned precision this game needs, I highly recommend using a controller as the keyboard will leave you dead in a heartbeat. 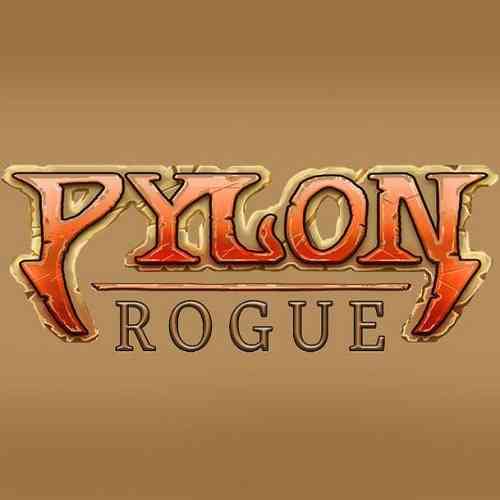