Is there any disputing the Forza Motorsport franchise reigns supreme when it comes to racers? I don’t think so. Sure, Gran Turismo, Project Cars, and Assetto Corsa are all great racing games (we even recently awarded Project Cars 2 with a flattering review score), yet none of these has been able to match the overall package the team at Turn 10 have been able to put together for past 12-years. I’m not quite sure how they do it but with every Forza, the development team manages to throw together an experience that is not only accessible for newcomers but also stays true to that simulation racer ‘gearheads’ absolutely love. Forza Motorsport 7 continues Turn 10’s impressive run as there is no question it is the best in the series yet, and maybe the best racing game we have seen on a console to date.

Was that really ever in doubt? Let’s be real, Forza is Microsoft’s baby. It’s the poster child for the Xbox One X next month. Also, let’s not forget, Forza 7 will be the first game to launch on PC with Xbox Play Anywhere. Xbox is going all in with Forza 7, so there is just no room for failure, especially this year. So needless to say, after spending countless hours spent burning rubber around the various race tracks from Dubai to Prague, there is no doubt left in my mind that Forza Motorsport 7 is quite easily the best racer I’ve played to date.

“Xbox is going all in with Forza 7, so there is just no room for failure, especially this year.”

At the same time, I cannot help but think the team at Turn 10 played it a little safe. Sure it’s a visual jaw-dropper, it’s got a ton of cars (many I haven’t even heard of), the career mode will probably take you around 100 hours to complete, and the multiplayer aspects remain a blast but what kind of true revolutionary innovation is brought to the table this year? Forza 7 is going to look f**king bananas on a 4K TV but it does feel like a little more of the same.

That is, however, my only big knock on the game. Maybe it’s a little franchise fatigue kicking in but Forza 7 does take the “if it ain’t broke, then don’t fix” approach. Honestly, I don’t blame them for playing it a little safe as there is just too much at stake this year. 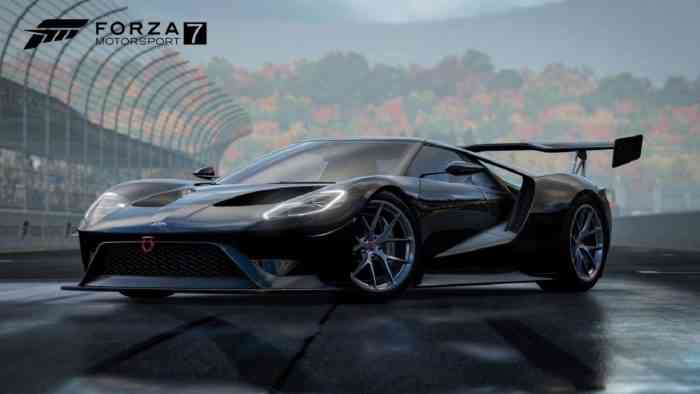 Despite the lack of revolutionary game changers, there are some new wrinkles added to the mix. In fact, Forza 7 has loads of them. For starters, Forza is massive and took me an entire morning to download. Granted, my internet speeds aren’t exactly the greatest but at over 100GB, Forza 7 is one beefy sucker that hogs a lot of file room. Additionally, Forza 6 had around 460 cars out of the box while Forza 7 has 700. Yes, you read correctly, 700! That is absolutely insane. Honestly, I do question whether the volume of cars is necessary. Nevertheless, you can take some comfort in knowing there is truly a car for everyone and then some.

There are also a few more locations this time around as well. You get 30 race circuits, each with different layouts which includes Forza classics like Silverstone, Mugello, and Maple Valley. You also get incredible tracks in Rio de Janeiro and Dubai. All of them are immaculately detailed and even the fictional tracks look like real life tracks. The new dynamic weather in Forza 7 is pretty amazing as well making each race look and feel unique. You can start a race in heavy rain but by the third lap it could clear up and all you have left is mist and puddles on the track. It makes for a circuit that feels somewhat unpredictable and looks so damn pretty.

“Forza 7’s career mode is a little more streamlined and less of a time suck.”

The career mode is where I spent the bulk of my time and just like previous entries it can certainly feel a bit ‘grindy’. This being said, the way you progress is a little different this time around. Your performance in each race matters. For instance, The Drivers Cup consists of several races where each race and showcase rewards you with series points based on how well you finish. A certain amount of points unlocks the next championship. No longer do you have to slog through every single event. As a result, Forza 7’s career mode is a little more streamlined and less of a time suck.

As you make your way through the career mode you earn XP, and with each new level, you get your choice of a prize. It could be in-game credits, a car or driver gear. I like this reward system but honestly who is ever going to waste their prize on gear? Give me credits or new cars, every time! On top of the usual progression and credits, Forza 7 also has what is called a “collector” level. Accumulating and buying new cars now gives you separate XP for your collector level which is pretty cool. I tend to horde in-game credits, so it’s nice the game forced me to spend some of that cash on cars for my garage.

The ever so popular Drivatars are back again this year and it always throws me off when I see my online friends Drivatars in my single player career mode races. That said, I love the feature and love how my Drivatar accumulates credits for me when I am not playing; very happy to see this feature back again.

Forza 6 introduced us to mod packs which are cards that you can use during races. Forza 7 brings back mod packs but also introduces us to loot crates. I know you are probably thinking, great, another bloody game with loot crates and ultimately microtransactions. At the time of this review, you could not spend real money on those loot crates but I have to believe its coming. For now, you can buy these crates with in-game credits which will net you mods, gear, cars, etc. VIP members get three special crates to open and if you are a Forza veteran you also get some “free” stuff. All in all, I like the loot crates and the mods just help you rack up currency quicker. Of course, the more cash you get, the more cars you can buy and the more XP you can earn. It’s a vicious and addictive cycle…

“Visually, Forza Motorsport 7 is an incredible looking game. Newcomers will be blown away while series veterans should feel right at home.”

Mods, XP, 700 cars and 30 tracks all means jack squat if the game doesn’t control or play as it should. Thankfully, when it comes to control and car physics, Forza 7 feels (and plays) like a dream. All the cars drive differently. Some cars seem to grip corners better than others while some muscle cars feel a little more ‘floaty’ than other cars. It is clear the team at Turn 10 have continued to tweak the physics to make the experience feel incredibly real.

For multiplayer fans, Forza 7 obviously has you covered. You can ease into the online competition by trying the “Free Play” option where you can hop in any car or track, and do this with a buddy via local split-screen play. Once you feel like you are ready to take on some human competition, you can jump into the games main online multiplayer modes. Admittedly, I didn’t spend too much time online as I’ve grown to the age where I just get my ass handed to me but the games I did play sustained no serious lag issues and the view from last place was great!

Visually, Forza Motorsport 7 is an incredible looking game. Newcomers will be blown away while series veterans should feel right at home. It still runs at a full 1080p/60fps and there is no framerate issues, screen tearing or stuttering of any kind. You get a smooth Forza racing experience that makes it hard for you to keep your eyes on the road as everything is so gorgeous. When the Xbox One X launches in November, Forza 7 will get a patch to push the graphics to 4K resolution and sweet baby Jesus, we cannot wait for this as the detail in the game is breathtaking. 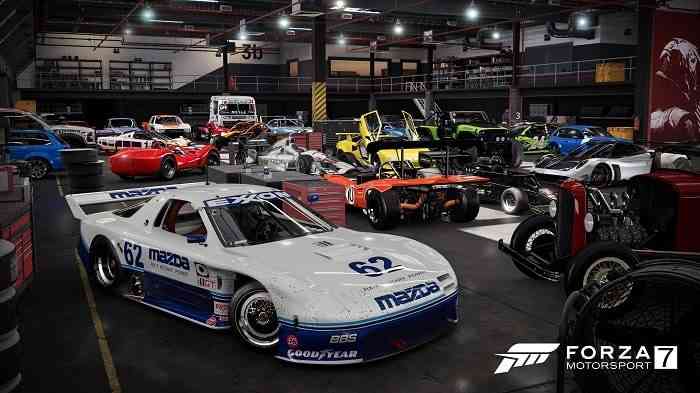 Just like the visuals, the audio is equally impressive. Each car has their own unique and amazing sounds. From muscle cars to hatchbacks, the same level of detail that is paid to the visuals is given to the audio. Everything from the skids of tires, to running over the rumble strips, to the rain-slicked roads, Forza Motorsport 7 is pure ear candy.

The Forza Motorsport franchise has settled into a 2-year life cycle and just as it did in 2015, the franchise has once again refined what is already a slick racer. It’s difficult to find any faults as Forza finds itself into a position where tweaks and incremental upgrades are all that is needed to keep the fan base satisfied. Forza Motorsport 7 is hardly a revolutionary racing experience but it is quite easily the best racer you’ll find on the Xbox One. Microsoft’s Xbox One X poster child can proudly take comfort in knowing this is absolutely a must buy. 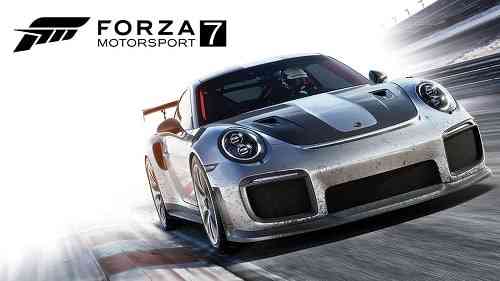