I’ve often wondered what it would be like to have a sensory disability. What happens in the mind’s eye of a blind person? What do they picture? Can they picture things? What if there was a game that placed you in the shoes of one such person? Well there is, it’s called Pulse, and I played through it. Unfortunately, the fascinating concept is critically marred by poor mechanics and a remarkable ability to instill motion sickness in iron stomached reviewers.

The concept and setting of Pulse are captivating. Newly formed developer Pixel Pi were really thinking outside the box in the early stages of building Pulse by placing players in the role of Eva – a blind girl. Although she is blind she’s far from helpless, having learned to ‘see’ the world through a kind of echolocation. Eva is on a journey through a dangerous land, unveiling the closely guarded secrets of her society. Sounds great, right? It is, in theory.

While there is a story being told in Pulse, it is unnecessarily obscured behind dialogue that would be more at home in a lengthy poem than a more standard narrative experience. The main storyteller – a geometric crow – speaks primarily in questions that aren’t often answered, and fail to feel motivational. 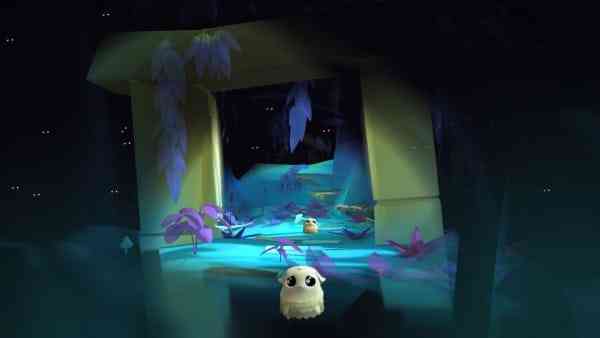 Pulse is a first person adventure game with a few basic mechanics. As you explore the various environments, any sound – footsteps, running water, crashing rocks – send out colourful pulses that map the area in a basic fashion. The louder the sound, the more you’ll be able to see. A lot of the time, Eva’s footfalls are the only sound, and thus the only vision pulses. When walking through narrow spaces, this results in a rather psychedelic flashing and criss-crossing pattern of lights on the screen. I’m not prone to motion sickness but the effect was both trippy and nauseating, and required me to take breaks every few minutes. Anyone sensitive to flashing lights or motion sickness – beware.

There is some reprieve to be found in the game’s singular usable item – Mokos. Mokos are ‘forest spirits’ scattered throughout the environment to be picked up and thrown to reveal terrain. Regrettably, Mokos are more than a little buggy. Sometimes they’ll follow you around, waiting to be hurled into the darkness, but more often they’ll get hung up on simple geometry or fall through the world. 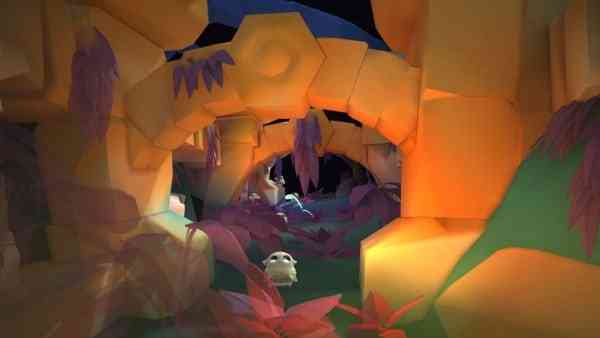 At times scripted events like earthquakes will reveal a larger portion of the world, which was largely effective at engaging my curiosity, and encouraged me to poke around a bit. Sadly, Pulse is a linear experience, with a critical route that must be followed. Curiosity sapped. Collectible glowy things are scattered around, but there is little motivation to find them.

“Sadly, Pulse is a linear experience, with a critical route that must be followed. Curiosity sapped.”

There’s also a puzzle element in Pulse. Can you guess what kind of puzzles? I’m willing to bet your first guess is not high precision jumping puzzles, but that exactly what they are. Games like Metroid Prime proved that first person platforming can be enjoyable, but it’s a different can of worms in a game where vision is limited. I see what the developers were aiming for here – an artistic representation of the struggles of sensory impairment – but the result leans much more towards frustration than enlightenment. This problem is compounded by how Pulse controls – inconsistently. Eva is not a particularly precise jumper, and ground surfaces (when you can see them) lack the sharply defined borders required for a satisfying jumping experience. 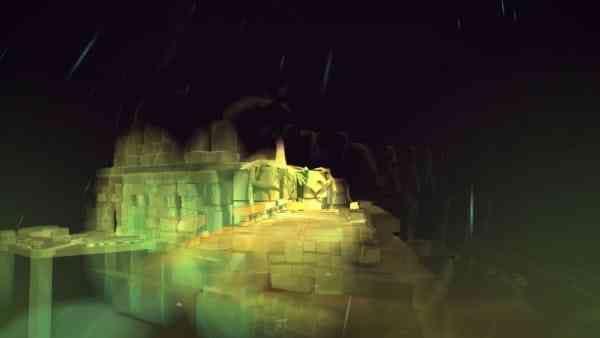 Pulse is also short. VERY short. So short there’s a Steam achievement for finishing the game in 30 minutes. For a game with negligible replay value that’s way too short regardless of it’s artistic nature and intent.

Thankfully, the music is a treat to listen to – it’s atmospheric enough to fit the moody vibe of the game, but avoided making me feel downtrodden. Big kudos to composer Joel Corelitz for his work here.

Pulse is a victim of the Kickstarter craze. It had a unique idea and successful campaign, but failed to go anywhere meaningful from a gameplay standpoint. The music and visual style are redeeming factors, but the short length and uninspired mechanics (not to mention the brain scrambling acid trip sections) make Pulse an experience that feels unfinished and one I can’t honestly recommend. 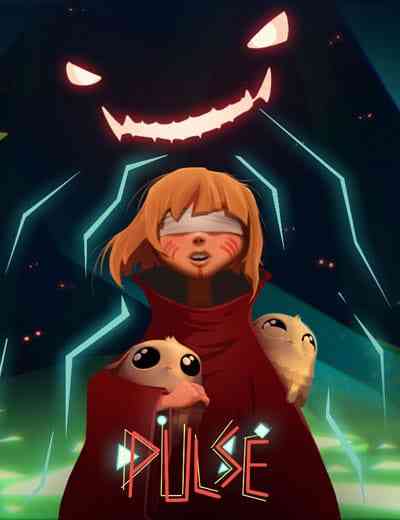