Unless you’ve been living under a rock, you’ve probably heard about the craze of the Battle Royale style of game and the actual millions of people who have become obsessed with it. With Fortnite taking so much attention as an actual cultural phenomenon, many people have forgotten about the game that started it all and has become one of the best selling games of all time – PUBG. Based around the movie Battle Royale, the initial game pits 100 players against each other in a fight to the death as you scramble to arm yourself and get the upper hand on the other players. Now that everyone wants a piece of this Battle Royale pot, the field has become cluttered with all manner of new-fangled games trying to tap into the almost endless stream of online gamers and their wallets. Imagine my surprise then when PUBG finally ports over to PS4, and I find a game that hasn’t changed an iota from the initial launch. With so much competition, it’s very disappointing to find that PUBG is still buggy, looks horrible, and isn’t trying to keep up with the slew of contenders.

While it seems self-explanatory, the gameplay is to parachute over an island, find your spot to drop in, and upon landing, arm yourself and shoot the hell out of anyone you see. You can do it solo, duo, or as a four-man squad, and the point is to be the last man (or crew) standing. The whole game takes place online, so you will need a PS Plus pass to play it on the PlayStation, something that has become a sizable investment and is of no fault of PUBG. While online though, you clash with some very stiff competition with sharpshooters and savvy vets getting the drop on you around every turn. While it doesn’t have the build mode that Fortnite has, that’s something I actually really enjoyed about it. You’re in this world and you have to rely on your own survival skills to get you through. One of the things that pushed me out of the Fortnite game was not learning the build as quickly or effectively and so many other players, so relying on my shooter skills was a welcome change of pace. 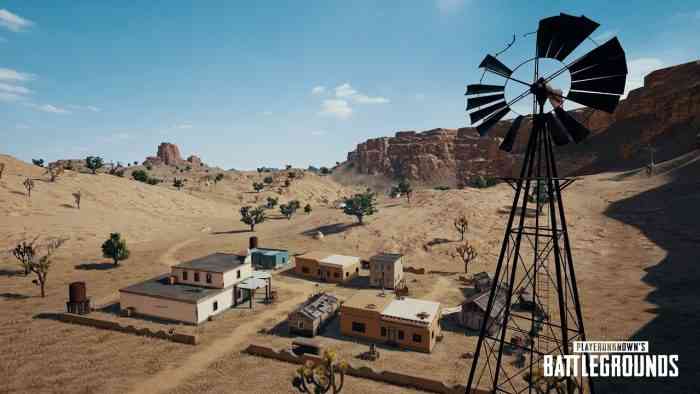 The map has its hot spots, of course, so when you match up with strangers online, there’s always an argument of where to drop, one of the most crucial decisions of your game. If you drop away from the hot spots, you can avoid a lot of the firefights and sneak around for upwards of 15 minutes before you even need to worry about taking your gun out. The downside of that is usually the guys left are there because they’re the best and brightest and if you’ve been avoiding a fight, they’re going to make short work of you.

To Port, or Not to Port

So, while there’s definitely a lot of fun to be had, there are numerous problems with PUBG. The graphics are out of the early PS3 days with the island rendering as you come up to it and it being a blotchy brown area otherwise. The physics are less than ideal, as parachuting is problematic, often dropping you nowhere near where you’re aiming to land. Speaking of aiming, the crosshairs are usually just for show as I’ll be damned if I could hit anything when I had someone dead centre in the crosshairs.  There’s also a problem with the coloring, as it took me two different matches to even understand where the guns and gear were as they were the same colour as the floor.

While this doesn’t seem like an insurmountable list of issues with the game, it’s the principle of the matter that lies at the centre of my problems with PUBG. It’s one of the best selling games of all time, with more than 50 million copies sold worldwide, and it has a rabid fan base (who I’m probably upsetting right now). The problem is that in no way does it seem like PUBG has even got a graphical upgrade through ports and updates across all platforms. 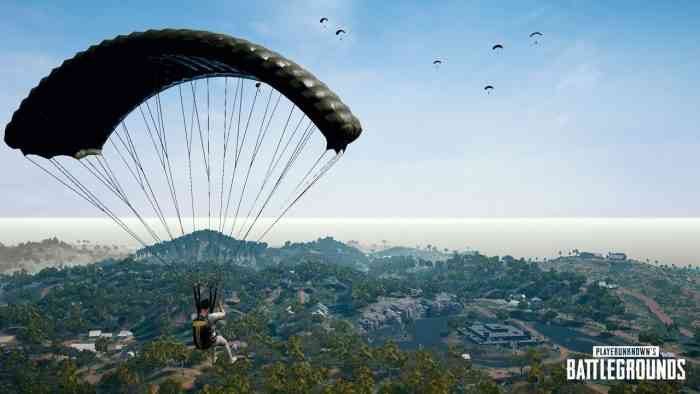 In a time where Battle Royale is all the craze, raking in all that money and not bothering to try to keep up with your competition seems like a stupid idea. Considering PUBG creators sued Epic Games over Fortnite over plagiarism, it becomes pretty apparent that the suit wasn’t over losing money, but out of spite that someone else was making a better version of your game. Instead of paying legal fees, maybe pay a programmer to outdo your competition and beat them by being better, not by throwing a legal tantrum.

Call of Duty: Vanguard Cheaters Spotted Less Than 48 Hours Into Beta
Next The Last Remnant Remastered – One of The Best JRPG Combat Systems Around
Previous Rival Megagun Review – Having Fun with Friends