Where do I begin with the saga that has been playing Projection: First Light? This review, due to unforeseen circumstances (including a hurricane-caused power outage) took longer to complete than I could have guessed.

Well, first of all, it’s a puzzle platformer published by Blowfish Studios. The hint, though, is in the title of the developers: Shadowplay Studios. Projection: First Light is a game set in and defined by shadows. The story follows Greta, a little girl who, after wreaking havoc in her own world, escapes to the shadow puppet theatre and learns about herself with the help of shadow puppets from across the world.

I have a hazy memory of playing this game during PAX West 2018 and being impressed by it then, and while I don’t know what its development has gone through since then, I was happy to have it back in my hands. Its visuals are stunning from the first time that you open it: with Greta and all the objects she navigates around draped in shadow, the background is detailed with soft light reflecting intricate shadow backgrounds as well. I haven’t seen another game that looks like this, and I enjoyed walking into new environments right up through the finale of the game.

Playing as Greta, you manipulate this magical light that appears to her to go through the levels of the game, creating pathways up ramps and in the air where there were none. Of course, the further you go the harder it gets, oftentimes in visually impressive and imaginative ways. And as Greta ventures through this shadow puppet world, she encounters mythological beings from different cultures, helping them complete their own journeys.

You spend the longest time in Indonesia, which had the most digestible story, but there are some later beautiful places as well: I won’t name them, because I think part of the fun of the game is wanting to find out where you’ll go next. The setting is simply the best part of the game. While I was playing it, Projection: First Light was my go-to game to watch media in the background with, and sometimes I watch Sailor Moon just so I would have an excuse to play the game in handheld mode.

Oh, and the music, which is made with instruments designed for shadow puppet performances, is fantastic. It’s a perfect accompaniment to the game, and I paused whatever I was watching so I’d be able to pay better attention to the music and story coming from my Switch.

It’s not a perfect game, unfortunately. Before I ran into any major problems (and there was a major problem: I’ll be getting to that), the biggest issue I had was that the light controls are just very finicky. This is mostly fine, although a little frustrating even when you’re not being timed. However, there’s a late-game stage where you can’t be too slow, and I died countless times because I just couldn’t angle the light into the shadow that I wanted fast enough.

Most of the time, though, I just wasted a little time throughout the game trying to get the light to do what I wanted, which is why I found it best to have something else going on because otherwise, I know I would have gotten annoyed.

The big issue that I had was also a heartbreaking one: I had been really, truly enjoying the game up until this point, and had only the minor gripe about the finicky controls, when there was this tremendous boat sequence. I remember thinking as I played it that the backgrounds and the music and the storytelling in this scene were all my favorite part of the game so far, and it had such a fun and fantastic tone. You could light lanterns in the sky that represented stars as the boat went on, one of my favorite realizations in the whole game. I was feeling great about Projection: First Light. 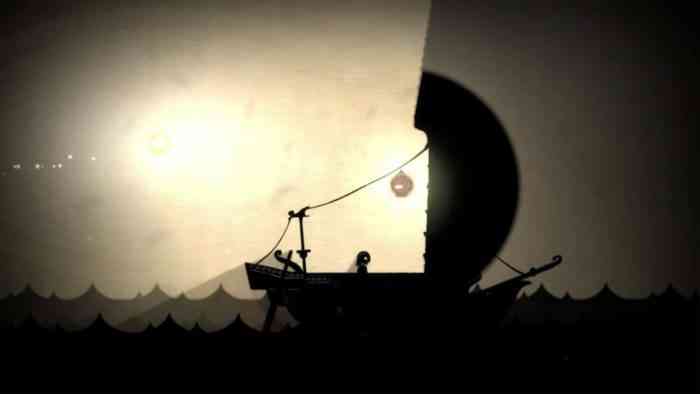 Then it broke. There was an error message at the end of the level, and I just couldn’t progress. I had to play that boat sequence a dozen or so times, and I even restarted the game trying to get past it. It delayed me playing it for a little under a week, which is when a patch was put out for it, but it destroyed a little of the magic of the game for me, which is truly unfortunate. It might also be why I think the first quarter of the game is the most successful portion. I had other bugs as well, some that caused me to restart entire checkpoints.

The rest of the game is worth the bugs, though. The rest of the countries you go to (and the anticipation you feel to get there!), plus the characters you meet, are worth the minor issues. I do think the story gets a little complicated to follow, though, for a game that has no spoken words. Without knowing the mythology in question beforehand, I got lost in the weeds when it came to finer plot points.

The final two lands also felt short to me. I was barely getting used to being there when Greta was leaving! But this feeling: the desire to play more, even after such a frustrating and game-breaking bug had stopped me for so long, is a good sign. The second half of the game had some memorable moments that come to mind when recalling the game (thinking of you, train!), and honestly, overall, I loved playing it.

As long as you don’t run into any major bugs, the most frustrating gameplay elements are the finicky controls, and if you don’t understand the intricacies of the plot, you might get bored waiting through the cutscenes. Despite that, Projection: First Light is worth picking up: it’s a stunning visual display with unique gameplay that usually succeeds in elevating its concept. Also, it’s fun to play. It’s pretty. I liked it. 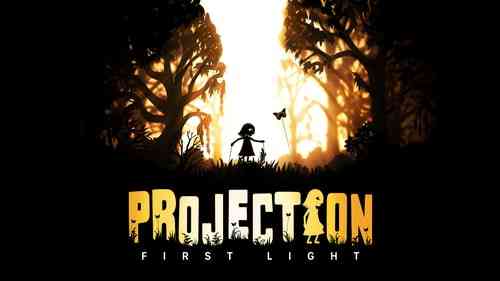 The Cub, Post-Apocalyptic Adventure Game, Gets New Trailer and Demo
Next Horace Review – A Blast From The Past
Previous Ring of Pain Review – It’s All in the Cards