I don’t need to get all philosophical about giant robots. They are cool, they star in tons of cool Japanese stuff, and are a great basis for video games. There’s a glut of giant robot stuff, and to stand out from the crowd, you’ve got to have a unique hook. Project Nimbus never quite manages to distinguish itself from all the Front Mission and Robotech stuff, but cool style and responsive gameplay go a long way in making it a worthwhile entry into the genre.

There’s a lot of lore and backstory in Project Nimbus. You are a mech pilot who, after World War III, is now part of a mercenary band of mechs. Despite the robots themselves being heavily Gundam influenced, the military and mercenary stuff feels solidly western, like an American adaptation. The truth is that this is a labor of love for developers Game Crafter Team, who have worked on Project Nimbus since years. They’re bringing in the influence of all the mecha stuff they love, and mashing it up into something that feels, while not fresh and new, distinct enough to have its own stylistic identity.

Presentation Is Awesome, Back Story Not so Much

The truth is, the backstory stuff is a bit forgettable, but the presentation is top notch. The mission briefing screens, the voice acting, the writing, they all do a good job of setting the tone. What tone is that? Kind of a generic late 90s/early 00s action-adventure piece, filled with inoffensive one-liners and pilots bantering over what they’re going to be having for dinner. Still, I’m a sucker for pilot jargon, so once you’ve got fellow mech pilots blaring that you’ve got bogies on your six, I can’t help but get excited.

Flying the mechs feels pretty good if a bit fast and imprecise. I spent a lot more time zooming in wide circles blasting enemies out of the sky than I did maneuvering between skyscrapers or taking careful shots. The levels are presented arena style. Not big or interesting enough to be worth exploring, and largely empty. You can fly down to street level, but you won’t find there in much of details or obstacles to contend with. There is something magical about blasting puny tanks with your superior air power, but your overwhelming force doesn’t make for a good game challenge.

The level design is what really holds back Project Nimbus, because the robots are fun to fly. You long for complicated flying setpieces, an opportunity to show off your ace piloting skills. If anything, the easy-to-learn controls reminded me most of Star Fox. But that was a game defined by unforgettable levels. Project Nimbus is what Star Fox 64 would feel like if the whole game was a series of the “all ranged mode” sequences. A wide map to maneuver through, lots of bogies to blast out of the sky, and the occasional big bad machine to focus fire on. 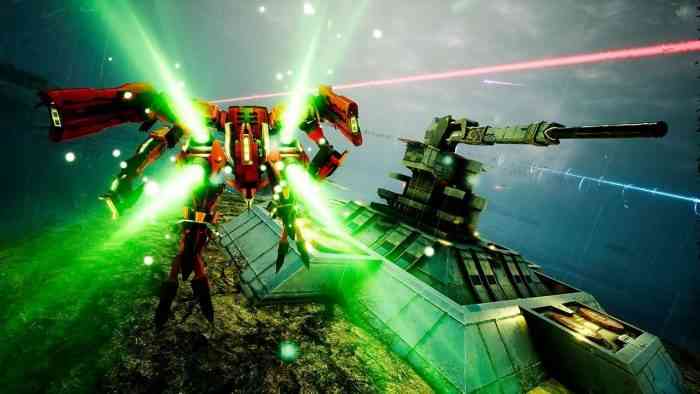 There’s also a lack of customization and advancement. One of the joys in most mecha games is building your perfect war machine bit by bit. There are lots of cool different looking mechs in Project Nimbus, but you’re given little choice in what you pilot. I don’t want to assess a game based on what’s not there, but this lack of something between missions just turns the gameplay loop into cutscenes and same-y action levels. You can feel the absence of… something.

But if you area a mecha lover, fear not. Project Nimbus is good to look at and great to listen to. It’s got a jammin’ old school video game soundtrack, great explosions, and the aforementioned pilot banter. Diehards of the genre will find a love letter to all things big and clanky, and if your dream is to pilot something big and fast and humanoid shaped, Project Nimbus will make you feel great. 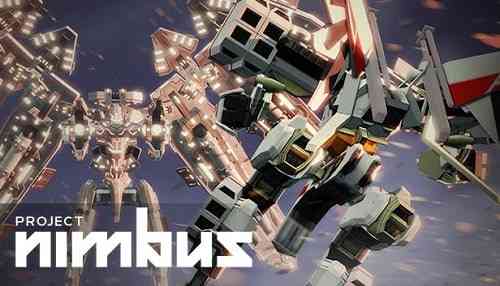