For Milestone, it is abundantly clear that they love MotoGP. Ever since their inception in 1996, they’ve been churning away at making games dedicated to the sport, and it is studios with this level of passion that I can truly respect, even if I don’t quite enjoy the offering itself. Building on the shortcomings from their lacklustre previous entry, Milestone’s made some good changes, and while it’s still not quite something I can personally recommend, fans of MotoGP will find a title with a wealth of content that proves Milestone’s getting better at what they do with each iteration, with this being their strongest title yet.

Upon launch, you’re given the chance to make a rider all your own to tackle the various modes you are presented with. MotoGP 19’s customization issues already present themselves with your customization on your rider being quite limited. My 99-year-old rider named Mile Stone hailed from Kazhakstan, but he looked like a fresh-faced Irish lad. I had no degree of control outside of age, name, and a few other meaningless variables, but you won’t be staring at a character’s face most of the time, at least. That being said, it would have been nice to have a bit more of a degree of customization over how your character looks given how much time you’ll be spending with them. MotoGP 19 features four whole racing leagues, a historical challenge mode, and also has its own sort of live season that runs over the course of the year, along with its suite of multiplayer options. There’s a lot to take on, but you certainly aren’t starved for choice when it comes to racing options.

Back To The Future

While I couldn’t truly appreciate the historical challenges mode, it was still really cool to see just how far back they go. From modern day matches to races in the early 1990s, there are plenty of recreations that I’m sure MotoGP fans will recognize. You can tackle these challenges to unlock the racer/bike, with big names like Valentino Rossi in what is arguably a legendary roster for the sport. The challenges to unlock these racers is a bit on the tougher side, but MotoGP 19 is also fairly accessible, with options allowing not only for the hardcore to be put to the test but for newbies like myself to make real progress in the game. Customization feels a little desperate though, as you have rather limited options for your bike, but a much higher degree of customization for your rider’s suit. You can dress like a consummate professional rider with sponsorships placed accordingly, or you can make a giant phallic symbol on your helmet and spell out obscenities as well if you want, I won’t judge. You can then share these creations online, and it was heartening to see I wasn’t the only one who had engaged in a bit of immature design-work. After some fighting with the menus, I actually found it rather easy to fine-tune my rider’s gear, and this was also easily done on the bike itself, allowing you to make something that truly feels like it’s yours. I can appreciate a good customization engine, but the inconsistency in its depth is frustrating more often than not. 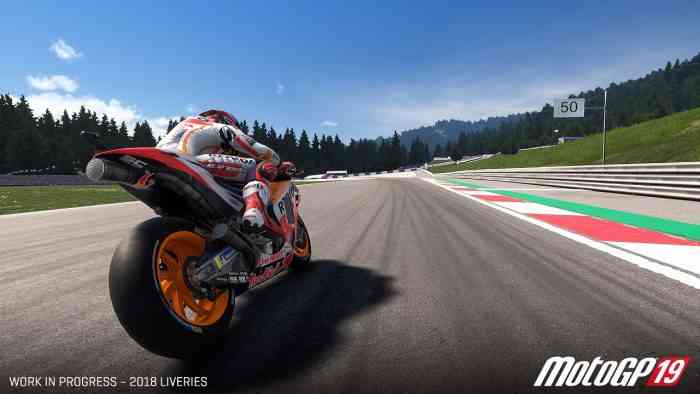 MotoGP 19 does succeed admirably in presenting a variety of options for gameplay. In career mode, there are three different race classes, as well as a rookie cup that allows you to get your feet wet if you’re a newcomer. You also have the aforementioned season, of which you have full race weekends that consist of qualifiers, practices, etc, but you can also opt to just take the race if you are feeling confident. The build-up to each race is also given a nice level of presentation, with narration and visual cues that reminded me of real MotoGP events. There’s also an e-sports mode that I wasn’t able to test, but finding games for multiplayer was smooth enough, allowing me to drop in and out without any relative issues, thanks to the implementation of dedicated servers. Multiplayer was largely running without any major issues, and I was able to easily join games as I had wanted. I also found that online and offline had a nice amount of challenge, thanks in part to what I’m imaging is a fairly dedicated player-base, but also to the new Artificial Intelligence system coined as A.N.N.A. The system promises an AI that learns based on reward rather than preset commands, allowing it to make its own choices and learn from the result. Races felt competitive from the get-go, but occasionally I did notice the AI going a little too hard on some races, with riders careening off of the course and ramming into each other. It was something I would expect more from Mario Kart, not a sim-based racer like MotoGP. This only occurred rarely though, with the AI being a genuine challenge most of the time.

Admittedly, MotoGP 19 didn’t stand out to me personally, but that’s because I’m not a fan of MotoGP itself. What did stand out to me is the marked improvement from a previous entry that was a buggy mess that left fans dissatisfied.

MotoGP 19 is a huge leap in the right direction, with this being an excellent title for the fans of MotoGP. Milestone’s making the right steps, and their next entry could be the de facto MotoGP experience if they keep trending upward. They continue to improve the quality of the game with each release to marked effect, and it’s safe to say that MotoGP is in good hands.

*A PS4 Code was provided for review* 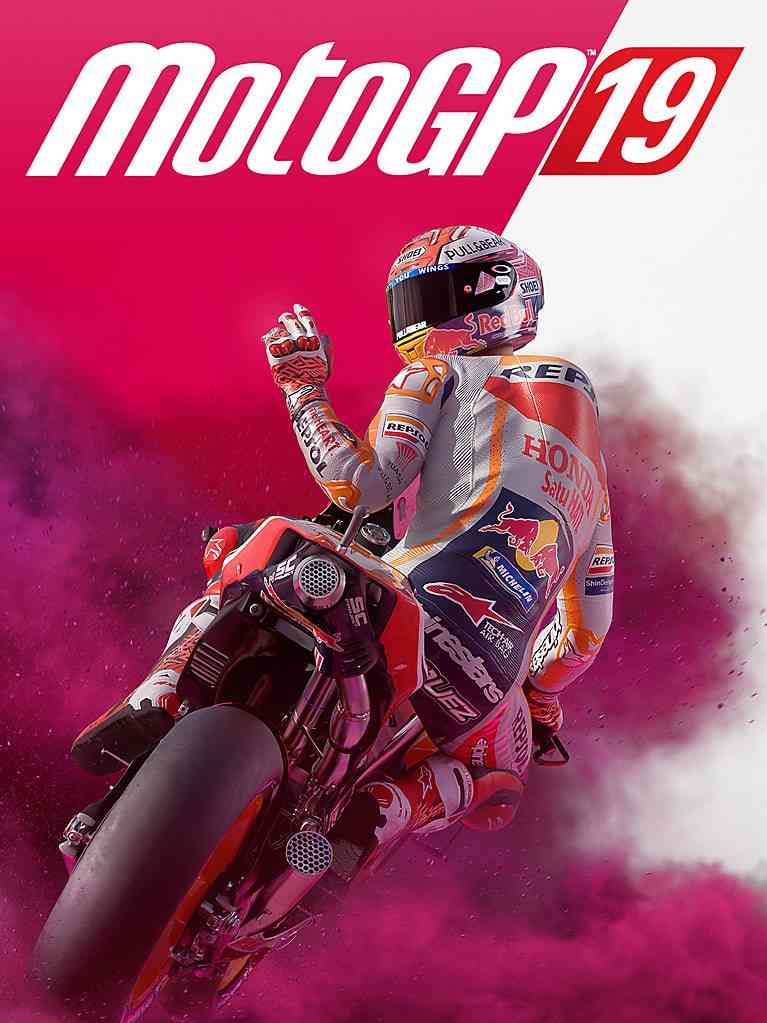