In 1997, Running With Scissors unleashed Postal on to the world. A game that was shunned by parents and politicians alike for it’s over the top, glorified killing of police officers, soldiers and innocent bystanders. Now, almost 20 years later, Running With Scissors has brought Postal back, completely updated with new visuals, sounds and some extra content.

You wake up at home, don your black trench coat, walk outside, Uzi in hand and begin to shoot anyone and everyone that shoots at you. You are The Postal Dude, and that’s pretty much it for the story. There are moments between levels, during load screens, where we get a little more insight into how crazy The Postal Dude has become – but it’s hardly memorable.

Each of the 17 levels takes you to a different, unique place such as a truck stop, a junk yard or a farm. In each level, there is a hostile count (those out to kill you) and a population count (which includes hostiles and innocent bystanders) – your goal is to kill a specified percentage of the hostiles. In terms of weaponry, you’ll find a total of 12 weapons including shotguns, rocket launchers, Molotov cocktails and my favourite, the flame thrower (Toasty!). Of course, it wouldn’t be a shooter without plenty of explosive barrels littered throughout each level.

“A good twin-stick shooter needs to have tight controls, and Postal Redux misses that mark.”

During my playthrough I used an Xbox 360 controller, and it worked relatively well. I found a little lag in using grenade/mine type items, which discouraged me from utilizing them as much as I probably should have. I also found aiming was a bit difficult at times; even with the cross hair that “clings” to your target, aiming was still a challenge. A good twin-stick shooter needs to have tight controls, and Postal Redux misses that mark. 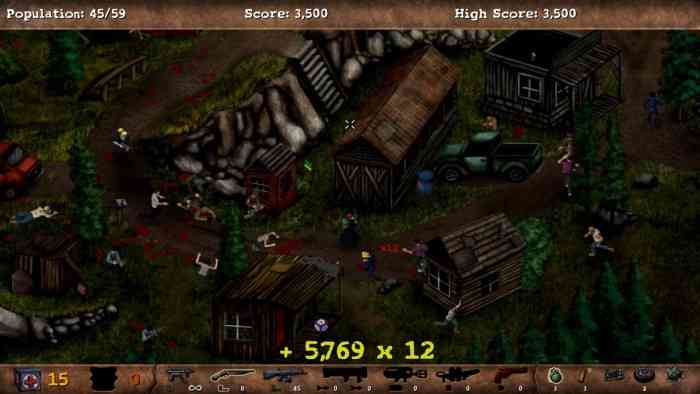 Postal Redux is about killing, but the priority is killing those that want to do you harm, such as police officers and soldiers. Generally, once these people see you, they’ll pursue you and continue to shoot until you die. One of the biggest faults was when your enemies could shoot you from “off screen” – while this wasn’t a huge issue on the easiest difficulty, on harder difficulties, the occasional cheap shot really hurts! Then there are the innocent bystanders that will just run around screaming with no regard to the fact that there is a deranged killer in their proximity. In reality, you would hope bystanders would run away from the gunfire, whereas in Postal Redux, it was more likely for bystanders to run into my line of fire. There’s actually an achievement for completing the game without shooting any bystanders – by level two, I realized I lacked the patience for that!

“They also replaced the original final level, The Elementary School, and in my opinion, that was absolutely the right call since school shootings aren’t funny or worth emulating.”

Postal features two game modes: Campaign and Rampage. Campaign is the meat of Postal Redux and offers three levels of difficulty. You’ll shoot your way through 17 levels; 15 from the original game and a brand new level. They also replaced the original final level, The Elementary School, and in my opinion, that was absolutely the right call since school shootings aren’t funny or worth emulating. However, for some reason (maybe time constraints or maybe budget), Running With Scissors didn’t include the six add-on levels that were created for the original Postal. Rampage mode takes you through a selection of the campaign levels and scores you on a number of factors such as killing quickly and using different weapons. 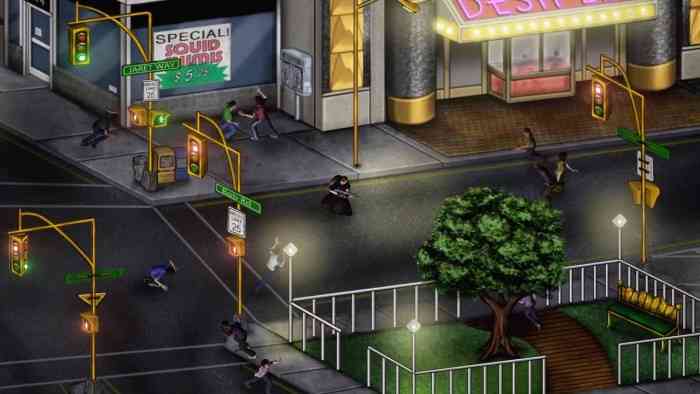 Postal Redux is a 20 year old game that’s been updated with new visuals. While writing this review, I compared screenshots of the original Postal and make no mistake, there is a significant visual jump. However, despite these updated visuals, Postal Redux still trails behind most recent isometric shooters. Compare Postal Redux to Vanguard Games 2011 “Gatling Gears”, and it’s clear that Running With Scissors focus was more on nostalgia than pushing the visual envelope.

Let’s be honest, I imagine for most gamers, the original appeal of Postal is long gone. Running around killing people for no specific reason is boring. Even Running With Scissors knows this, and that’s why their 2003 sequel, Postal 2 (and it’s recently released DLC “Paradise Lost”) features a story with objectives and ample amounts of humour. I hate to say it, but these developers might have benefited more by utilizing some of the more modern design choices found in Destructive Creation’s 2015 Postal knock-off “Hatred”, especially in terms of visuals. If you enjoyed the original Postal, then you can enjoy it all over again with some updated visuals, sounds and some added content. Running With Scissors have also promised to continue to add more content (including levels and modes) for free. However, if you’re here because you enjoy isometric, twin-stick shooter games and wonder if this would be right for you, I can assure you, there are better options available. 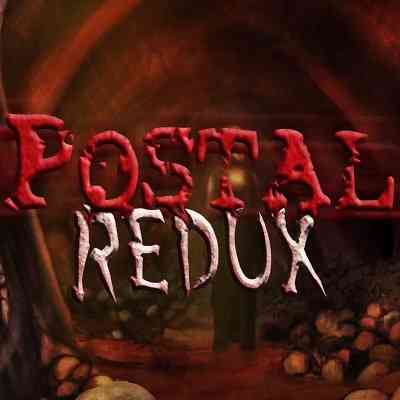