Portal Knights Review – Saving the Realms, One Block at a Time

I like Portal Knights. Even besides the fact that the default female character looks like Ellie from The Last of Us. Portal Knights is a game that unabashedly takes inspiration from Minecraft in its crafting and mining mechanics and executes them well enough to set itself apart. Developed by Keen Games and published by 505 Games, known for Payday 2 and upcoming VR title Adr1ft, Portal Knights is a sandbox survival title set in gorgeous 3D environments packed with personality. Like Minecraft, its combat is a little simplistic – although more tactical than you might think – but it makes up for its flaws in abundance with serenely crafted worlds and an addicting gameplay loop of slaying, mining, and crafting.

The story of Portal Knights surrounds a once peaceful world whose realms were torn up by ‘The Fracture’. Portals are now the only link between the realms, and it is your job, as a Portal Knight, to fight off creatures of the darkness and bring light to the universe. The limited plot does enough of a job to give context to the world and your actions, but with most games in this genre the narrative is put to the side. The world the plot takes place in is far more interesting though, with a wonderful art style accompanied by blossoming colors and a fantastic lighting system alongside a day/night cycle. The environments varied from a desert landscape to a rich garden grove full of flora and fauna. Going down into a mine to get the materials you need at high noon, and then coming back up with just the glint of torchlight to guide you never gets old.

The enemies you fight, as varied as they are, don’t have the same visuals as the environments though, which didn’t lure me to fighting them much. Your main character’s look fits the world in a cartoon-style as players are able to customize their creations to a degree before venturing out into the world and attaining new armor pieces to distinguish yourself. The equipping of armor, alongside all other management functions of the game, are done in the menu system which has a brilliant user interface.  Swapping items in your active inventory wheel, checking up on your character, and crafting are all done with ease although one should make sure they do not open the menu while in active combat, as the game’s online nature makes it so that the world is always ongoing and active, even if you are playing solo.

“… it makes up for its flaws in abundance with serenely crafted worlds and an addicting gameplay loop of slaying, mining, and crafting.”

On the more active play side, the combat consists of hacking and slashing in either first or third-person, with the first-person view being rather disorienting. Portal Knights offers a more tactical approach to the combat though, with the ability to lock on to enemies and dodge their moves before you go in for your strike, similar to the Dark Souls style games. This approach is further developed through boss fights, where players have to watch out for both minions, and the boss itself, showing off the tactical gameplay at its best. Outside of boss fights, I never really felt the need or desire to destroy foes, unless I needed some blue portal shards which are vital to moving on to the next level. Players are tasked with collecting enough portal stones to create a portal and continue the march to save the realms in the next environment packed with different enemy types like blobs or skeleton zombies. You can craft stones by collecting enough shards from enemies, which is the only reason I took part in the combat, as the exploration and crafting experiences are far more satisfying. 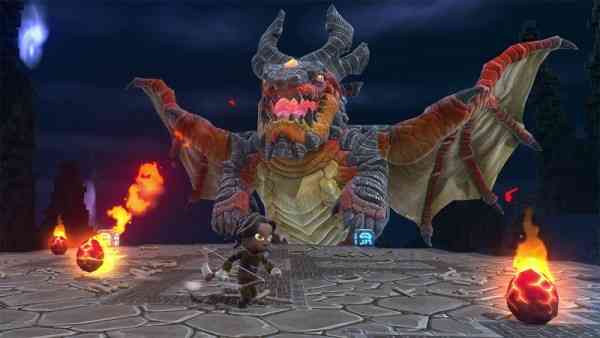 The actually mining aspects of the game might as well be Minecraft Lite, as I used my knowledge of Mojang’s title with brutal efficiency here. Trekking down into the darkness of caves and finding chests full of materials will be inhibit the bulk of your time in Portal Knights, and this is when the game is at its most relaxing fun as beautiful ballads and songs play in the background. To do that, one needs to craft supplies, and developer Keen Games chose the wise decision to keep things simple where crafting wood or steel items meant one needed to venture out and find the respective blocks needed to craft pickaxes, swords, bows, and the like.

The best thing I can say about Portal Knights is that it is an effective off-shoot of the juggernaut that is Minecraft and Microsoft’s hit title could actually learn a thing or two from Keen Games’ effort here. Its art is undoubtedly its high point, with the relaxing exploration nature coming in close behind, but the combat is nothing to write home about. With more of a focus on deeper tactical gameplay, I may have been lured to fight enemies for fun more often, but too often it feels like a chore, especially when I have the option to gaze at wonderful sights or find lost treasures while mining. 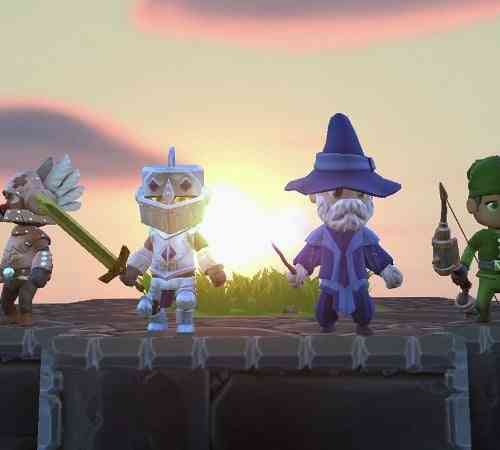 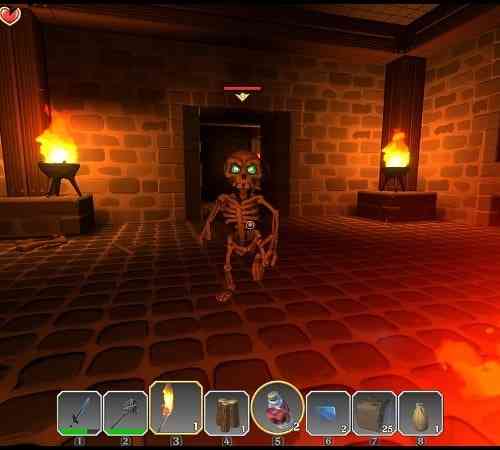 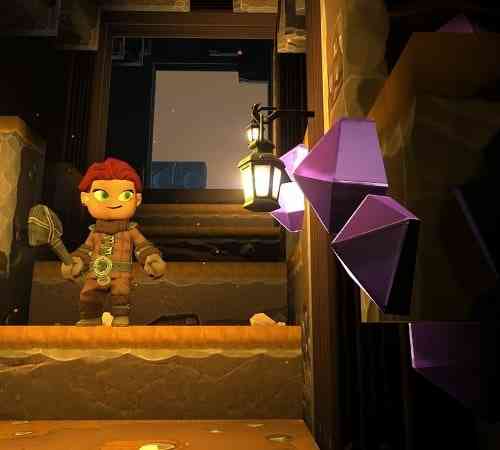 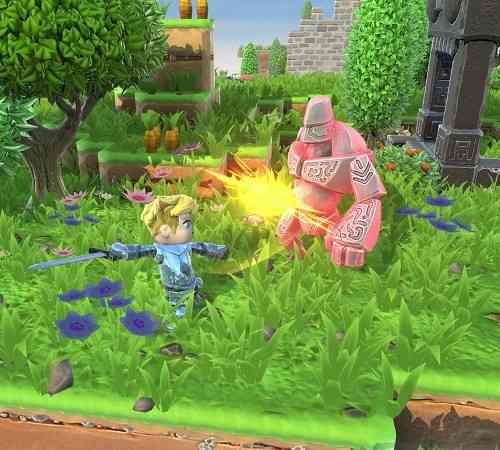