The fantastic HBO show The Wire has a quote: “you come at the king, you’d best not miss.” The 3D adventure genre is ruled by a certain mustachioed plumber, and only a herculean effort could dethrone the king. Poi: Explorer Edition is not that game, bringing a lackluster 3D adventure with very little going for it to the Nintendo Switch. Poi came for the king, but it absolutely missed big time.

Poi puts me in the shoes of a pair of generic explorers, one boy and one girl, and lets me switch between the two. Neither explorer offers any unique abilities, they are the same in every way except gender, so don’t expect to need one of them during a mission. These explorers must venture into vast 3D worlds, crawling with obstacles and baddies, and search for Medallions in order to advance the story. Once a certain amount of medals in one world are collected it’s on to the next one until the game is over. That’s the extent of the game, and it’s as cookie-cutter as that description makes it sound.

Bounding through these worlds is as frustrating as it is fun, as I had issues landing on platforms and jumping on enemies. I lost plenty of hearts and more than a few coins by thinking I lined up a jump on an enemy, only to fall just in front of it and take damage. The pure platforming parts of the game aren’t much better, as my explorer wasn’t consistent with grabbing onto the sides of a cliff or platform. This is particularly maddening during challenges with airborne platforms, as a jump I think should be fine instead sends me back to the bottom of the level. 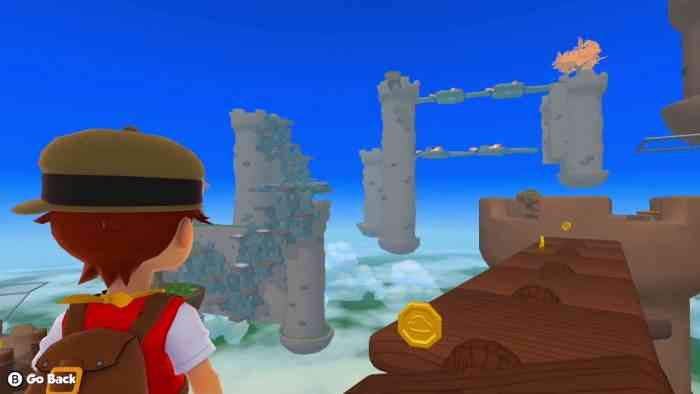 The game is more than just basic 3D platforming, as the coins found in each level can be used to purchase tools which aid my quest, but none of them are essential to the quest. Sure the Compass makes finding items easier, but the items are still in the world regardless of whether I have it. The shovel digs up fossils which I give to another character, but I’m not digging up any Medallions. I would have rathered not needed to purchase items and instead just found more Medallions in each world, the items seem unnecessary.

I don’t want to completely rag on Poi: Explorer Edition, as it is a competent 3D adventure game with some appeal. Its core mechanics, running and jumping, are sound so long as I’m running and jumping on solid ground. The missions that earn me Medallions are fine if nothing special, like climbing to the top of a structure or collecting a certain number of items scattered across a level. Even the boss fights take a little bit of thought, even if they’re not very difficult to overcome.

“I don’t want to completely rag on Poi: Explorer Edition, as it is a competent 3D adventure game with some appeal.”

However, that’s all it is: competent. The “challenge” comes from frustration born from wonky tech instead of creative level design or mission ideas. This is a game that banks on the nostalgia of yesteryear’s 3D adventures, not realizing that the genre has progressed a bit in the 20 years since Super Mario 64. In fact, I’d equate this game less to Mario 64 and more to Croc: Legend of the Gobbos, another game that amps up the cuteness at the detriment to solid gameplay. Croc was fun back then just as Poi is fun now, but neither of them will leave any lasting impression on me or anyone else who plays them.

I was looking forward to reviewing Poi: Explorer Edition, as a game that channels the old-school 3D adventure game I loved so much as a child sounded like a great thing. However, this game is less a channeling and more a full emulation of one of those older games. It’s good for some fun, though that fun won’t last long. It’s not completely broken, but the minor issues can add up in a hurry. There’s some enjoyment to get out of Poi: Explorer Edition, but it’s more of a nostalgic trip to a more innocent time than anything noteworthy in the present.

***Nintendo Switch game was provided by the publisher*** 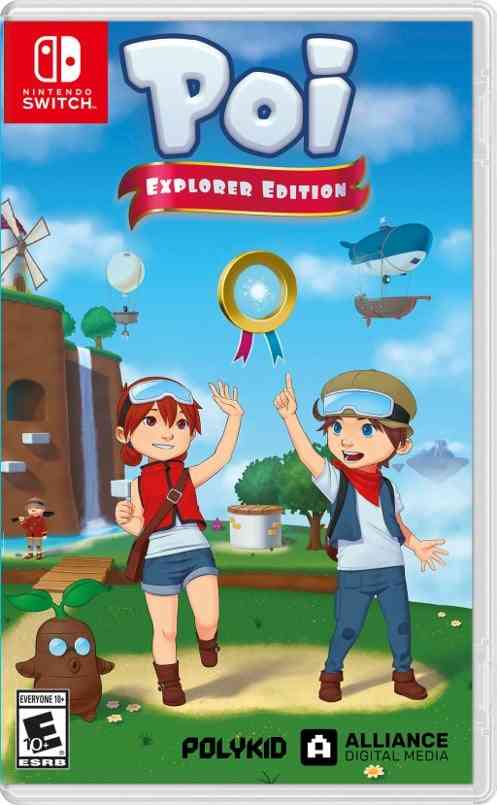 Overwatch 2 Fans Are Upset About the $20 Skins
Next AER Memories of Old Review – Flying Through Thin Air
Previous Etrian Odyssey V: Beyond the Myth Review – Familiar Yet Still Fantastic