Crisis on the Planet of the Apes Review

If you’re a fan of the Planet of the Apes franchise, let me save you the heartbreak – this is not the game you’ve been hoping for. Chucking away everything the movies get right, Crisis on the Planet of the Apes instead settles for a bland story and action-heavy gameplay, creating an experience that is not only shallow and tedious but ultimately gives the franchise a bad name.

You play as Specimen #139, a newly captured ape who must escape from detainment in a military facility. Seeing the world of Planet of the Apes from this perspective is refreshing, allowing you to witness first-hand the anti-simian sentiment held by the human characters, and also the unique ways in which apes interact with one another. However, developers Imaginati fails to take full advantage of the storytelling opportunity at hand, as all semblance of a narrative is dropped after the opening sequence, not to resurface until near the very end, at which point you may have already lost interest. There are hints that #139 may be the key to curing the Simian Flu, but this thread is never resolved. Instead, Crisis on the Planet of the Apes decides to fill the time with action and guns.

“At the end of the day, the only similarity between Crisis on the Planet of the Apes and the film series it’s based on is in name only.”

Moments after leaving your cell, you’re given an assault rifle, and the experience morphs into an on-rails shooter. You’ll clear room after room of nameless military grunts, stopping only to reload and to do some occasional climbing. Such an action-oriented approach is, aside from being thematically unfit for the franchise, just not much fun to play. The combat here lacks the complexity or immersion of other VR shooters. Enemies cower behind predetermined pieces of cover and lack the intelligence to challenge you. Killing them is as easy as spraying over their heads until they pop out and catch a bullet. The act of reloading is overly simple, all you do is stick a new magazine into your gun. You also can’t hold your gun with two hands for a steadier aim. While you can use your hands to pull yourself in and out of cover, that same button is also used to grip your weapon, grab ammo, and move to other points of cover, making it frustrating at times to accomplish even basic maneuvers.

Other than shooting, there’s also some climbing to do. This requires a large play space, as you must physically swing your arms around and grab hold of pipes, ledges, and jutted-out bricks. The process doesn’t feel as natural as you might expect though since your in-game ape hands are considerably bigger in comparison and there’s little feedback to tell when you’ve successfully latched onto something. Often, this led to me falling to my death and having to restart a checkpoint multiple times over. The climbing mechanics never intersect with the combat sections, which is another missed opportunity. Rather than hiding behind cover, I should be able to swing through ceilings guns blazing; alas, that is not an option here. 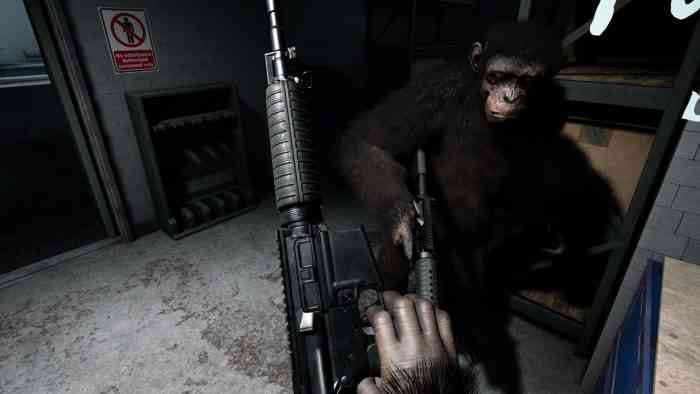 Crisis on the Planet of the Apes takes a risk with its method of locomotion. Movement is limited specific nodes in the environment, but instead of teleporting, you swing your arms up and down to mimic a walking motion. At first, I thought this was a brilliant way to induce immersion, but the gimmick quickly wore thin. Having to move around physically for both walking and climbing is too simply demanding to be enjoyable, and I found myself wishing for an option to toggle back to the traditional method of teleportation. On top of that, selecting a movement node requires you to point at it and grab, which seems like an unnecessary complication. This is particularly problematic in the heat of combat, where, as mentioned earlier — you’ll likely grab ammo or a piece of cover instead when you try to move.

At the end of the day, the only similarity between Crisis on the Planet of the Apes and the film series it’s based on is in name only. Even for die-hard fans, there’s very little here worthy of checking out. The experience is so mindless and generic that you could easily replace the protagonist Specimen #139 with a human and not notice a difference. This VR shooter runs just shy of two hours, and even that felt too long. The days of bad movie tie-ins are not over, and unfortunately, Crisis on the Planet of the Apes is proof of that. 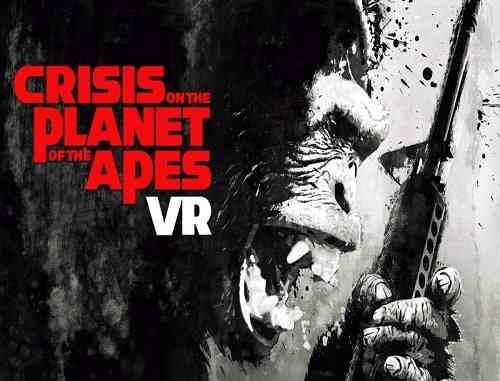