I haven’t had much experience with any virtual pinball game, let alone a real one, but I am somewhat familiar with game publisher, Zen Studios. Having played one of their previous games, Infinite Minigolf earlier this year, I had quite the positive experience with its online gameplay and course creation modes. When I was presented with Zen Studios’ Pinball FX3 for the PS4, I was not entirely sure what to expect. However doing some quick research on the previous game, Pinball FX2, I found that it had been very well received and in knowing that, I was interested to see what this game would bring.

Pinball is a simple design in gameplay in general. You launch a ball and use flippers to keep it from hitting the bottom and being sunk. Anyone can pick it up, but I think actually being good at it is a whole other story. Each table you complete is built slightly different but will have different goals to complete. With more on the table than simply getting and beating the high score, makes this game a lot more addicting. The tables that Zen Studios have released are great at changing things up and throwing grade A visuals at the player.

With a sleek interface, Pinball FX3 also adds quite a few new modes and enhancements that improve both new and old tables and not only that, there are a ton of upgrades that you can obtain to help you throughout the game. You can earn upgrades that will slow down time, earn sweet bonus’ for performing trick shots and way more. All upgrades can be leveled up as well as you earn experience points after each round and can also be used in tournaments. However, if you are the kind of player that likes to do things old school and go without the modifiers, you can select the classic mode that scraps all of that.

“It doesn’t feel as much like a ball merely mimicking the movements of a pinball but it feels like the real thing.”

For players that need a bit more, there’s also a new Challenge mode. By going through Challenge mode, players will be earning stars by completing certain tasks. One of the tasks will have you scrambling to obtain as many points as possible within a minute and another task will have you fighting against the clock in survival mode. Playing in these challenges makes the game a lot more interesting however I wish there were a bit more variety in the challenges itself.

Graphically, Pinball FX3 is spectacular and so very vibrant. The graphics are sharp and everything from the lighting to sounds makes everything feel so authentic. Not to mention while playing the game, there is a clear sense of weight to the actual pinball itself. It doesn’t feel as much like a ball merely mimicking the movements of a pinball but it feels like the real thing itself. I also won’t forget to mention that the interface design is simple, eye-catching and extremely easy to navigate. 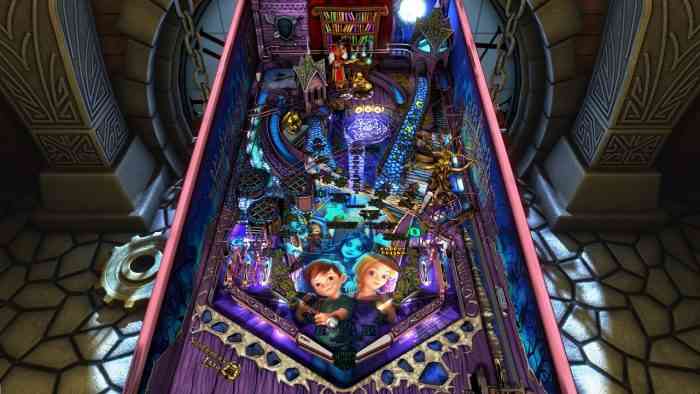 Want to play multiplayer against other opponents or enter in some tournaments? Zen Studios has got you covered as they have a huge stream of social interactivity. You can join tournaments that the company itself has implemented or using the tournament creator, you can organize your own events or take part in someone else’s. With all the online features alone, there is quite a bit to do in the game.

For new players that are seeing this game for the first time, Pinball FX3 is a free to play game and upon installing, you will only have access to one table, Sorcerer’s Lair, and from there you will have to purchase any other packs if you would like to play other tables. There are multiple packs you can purchase that all vary in prices, as well as free demos that you can try as well. It can be hard justifying the cost of the tables, in my opinion, however, I feel like Pinball FX3 is definitely a game players can keep coming back to. It’s a great game if you’re looking to kill time and also if you are looking for a challenge.