To answer your first question: no, Hidden Dragon Legend, despite its title, is not a long-delayed licensed game for the movie Crouching Tiger, Hidden Dragon (although it does feature a bamboo forest fighting scene). In this new indie 2.5D platforming beat ‘em up, you play as Lu, who wakes up after a prison riot with no recollection of his identity or what has happened to him. Venturing forth to unravel the mystery, you must punch, kick, and slash your way to the truth against a host of masked enemies; calling themselves the Organization, they seem to hold the key to unlocking your secrets.

It’s a serviceable, but not particularly original, setup and the same can be said about many aspects of the game. For example, you’ll find that the visuals in Hidden Dragon Legend don’t look bad, especially for an Indie title. There are some beautiful backdrops behind you as you play, featuring ancient Chinese temples, mountains, and – yes – the bamboo forest. Look closely at the character models, however, and you’ll be less impressed, even in cutscenes. Animations also could be smoother, for example, your character floats oddly on top of the ground when he walks. But it helps that you are always moving, and developers Oasis Games try their best to vary the scenery as you go.

“There are some beautiful backdrops behind you as you play, featuring ancient Chinese temples, mountains, and – yes – the bamboo forest.”

The two things you’ll do most in Hidden Dragon Legend are platforming and fighting. Platforming, using jump and double-jump actions, is a bit imprecise, and I found myself falling off edges a fair bit at first as I got used to this. It is nice that levels are often designed so that you can take multiple routes above or below to get around, and there are even some bonus chests in which you can find extra health potions.

And you’ll need those health potions because combat is simple but can be tricky in an unfair way, especially as you progress. After you have gone a certain distance in a level, everything stops and you must take on a group of enemies, a Boss, or maybe both before you can continue. Taking on a single enemy is straightforward, and there are in theory lots of moves available including light, heavy and ranged dagger attacks at your disposal. You can also punch upwards using the left stick, throwing your opponent in the air and allowing you to pummel them like a ragdoll. 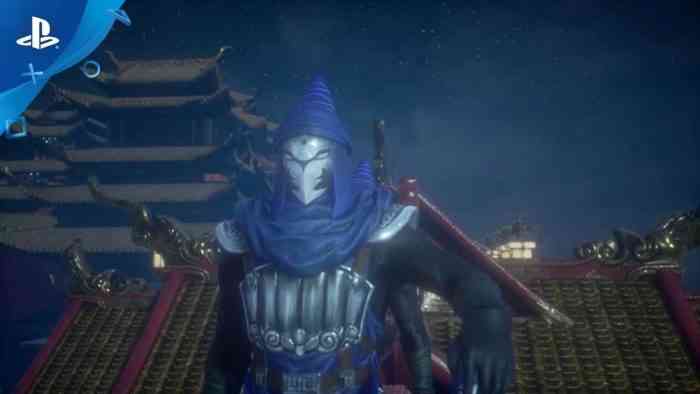 But I say “in theory” because all of this elegance breaks down somewhat when you face a gang of enemies at once – which you almost always do. On both your left and right, they interrupt your attacks and combos when they hit you, and your air-attacks become much less attractive when you realize you are going to get gang-stomped by a waiting crowd once you land. There is also L1 to do a lurch forward or backward to evade, but again that is pointless when you’re surrounded on both sides. Thus, I found to my dismay that mashing the basic attack was the best option when facing a group, resulting in some pretty bland combat most of the time.

Boss fights punctuate the terminus of most levels, and their appearance relieves the monotony somewhat. They take a long time to kill (your attack is pretty weak in general), and the fact that they go through an unstoppable attack animation can be frustrating. I found as well that the aforementioned health potions, so crucial to survival, start to dwindle as time goes on and this made continuing a lot more difficult in the face of stiffer resistance. Other enemies are not so much hard as just plain annoying – I particularly grew to loathe the flying kite-beasts who shot arrows from above. Jumping up to hit them out of the air wouldn’t have been so bad, but doing so while holding off swarms of ground-based attackers was not fun.

“Irritation, frustration, and maybe boredom will begin to seep in after the initial fun, making this platforming adventure less than legendary.”

Progressing on, your character discovers more and more of the facts of his story and unlocks hidden powers (that’s the upgrading system, although I didn’t feel like it added a lot of difference to combat). Much like other aspects of the game, the production values, including music and voice acting, are passable but not outstanding. You won’t find yourself particularly fascinated by the narrative, but it acts as a competent enough basis for the combat and platforming.

Hidden Dragon Legend is not a terrible game, and it does try hard at times. Some decent art design and combat mechanics offer the potential for a bit of enjoyment. However, it doesn’t present enough variation in gameplay to stay fresh, and the combat – a major part of the game – begins to break down when things get hectic. Irritation, frustration, and maybe boredom will begin to seep in after the initial fun, making this platforming adventure less than legendary. 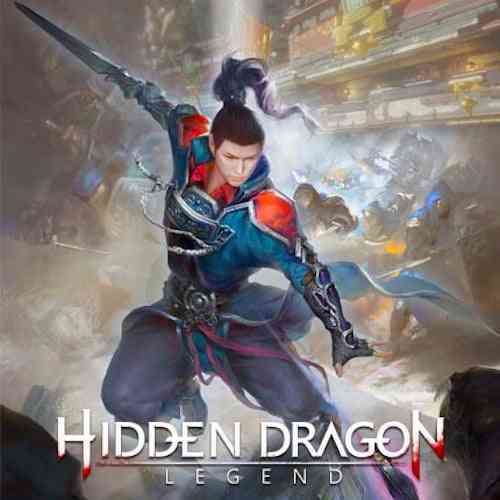 Finally Play With Your Friends on Super Mario Maker 2