It was a dream that so many of us had as kids – to have the entire arcade all to ourselves, and play for as long as we liked. Well, now dreams become (virtual) reality as Pierhead Arcade hits the PlayStation VR with 15 carnival coin-operated games, all in one package. Grab your bag of quarters and let’s see if Pierhead Arcade is worth the nostalgia trip.

The concept is pretty straightforward – strap on your PlayStation VR headset and you’ll find yourself in a large room with all the games arranged around you. In all, your choices are Rocket Ball, Basketball, Bowling, Comet Drop, Arctic Shuffle, Super Punch, Binary Dash, Honey Rush, Shooting Gallery, Scarab Toss, Dino Whack, Cannonball Bounce, Rapid Fire, Zombie Shootout and the Claw Machine. No, there’s no Space Invaders or Galaga here – these games are of the traditional, hands-on variety. Navigate around the room using the PlayStation Move controllers (required for this game, which may be a deal-breaker for some) to teleport rather than float. Stand in front of one of the game machines, insert one of your endless quarters, and let the fun begin.

So just how fun is it? Well, some games are better than others. Rocket Ball, which many of us will recognize as Skee-Ball, was one of my favourites and definitely brought back fond memories of trying desperately to win that stuffed toy with the perfect shot. There’s also Arctic Shuffle, a pretty addictive little game that’s like Shuffleboard crossed with Air Hockey, where you try to get your disk as close as possible to the furthest edge without falling off. Binary Dash, a new one for me, was a surprise standout, requiring some strategy as well as reflexes in a way that was quite interesting. Pierhead Arcade definitely offers some well-designed and engaging games.

When Pierhead Arcade doesn’t work so well, it is often due to the limitations of the controllers. Basketball is well-executed and the physics are solid, but the Move controllers can’t quite do the game justice. That’s because you grab a ball using the trigger, and then do a throwing motion to sink the ball. The motion is fine, but the problem occurs when you release the trigger to let go of the ball – this twitches the controller ever so slightly to the side, resulting in a lot of balls flying off trajectory. 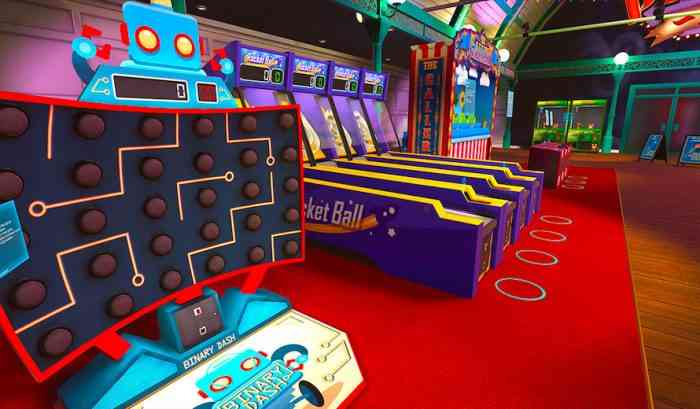 Similarly, in Arctic Shuffle and Bowling, releasing the Move trigger to let go of your disk or ball sometimes results in it going left or right. And in Zombie Shootout, using one Move controller to reload your gun just sometimes failed to register, no matter how much I practiced, which really hurt my effectiveness. Overall, Pierhead Arcade’s solid motion physics are let down by a controlling system that is less than perfect.

Pierhead Arcade offers some undeniable fun for a time, especially when you first play and check out all the different offerings. The experience, however, is a bit too shallow and straightforward to sustain your interest for much more than a few hours – let’s face it, there are only so many free-throws you can toss or dinos you can whack before you want something more. Peirhead Arcade does throw in a couple of little extras – you get tickets as you play that can be exchanged for “prizes” like a toy drum or sparklers (you’ll need a lighter for them too). And online leaderboards are also included to give you something to aspire to.

Ultimately, though, I found Pierhead Arcade just didn’t offer enough to keep me excited. It didn’t help that the physical surroundings were pretty dull – just a big, silent room with a bunch of machines in it. There’s not even that whimsical, slightly creepy carnival music to liven things up, or a crazy carnie urging you on, like in Carnival Games VR. I bought a drum with my tickets, and banged on it a few times, just to break the monotony. Then I put it down on the counter, and it just fell on the floor. I’m not gonna lie, it made me a bit sad.

Don’t get me wrong – Pierhead Arcade has some decent, well-executed coin-operated game experiences to offer, despite its rather uninspired presentation. The Move controllers aren’t quite ideal, but you’ll still find a way to have some fun regardless. I just don’t think that fun will last too long. There’s talk of bringing co-op or multiplayer to the game in the future, which would help considerably – until then, though, this becomes a rather lonely and dull experience after a while. If you’re really looking for a mini-game collection to test out your new PlayStation VR headset, then by all means give this one a go – otherwise, save your quarters up for something a bit more exciting.

** A PlayStation VR game code was provided by the publisher ** 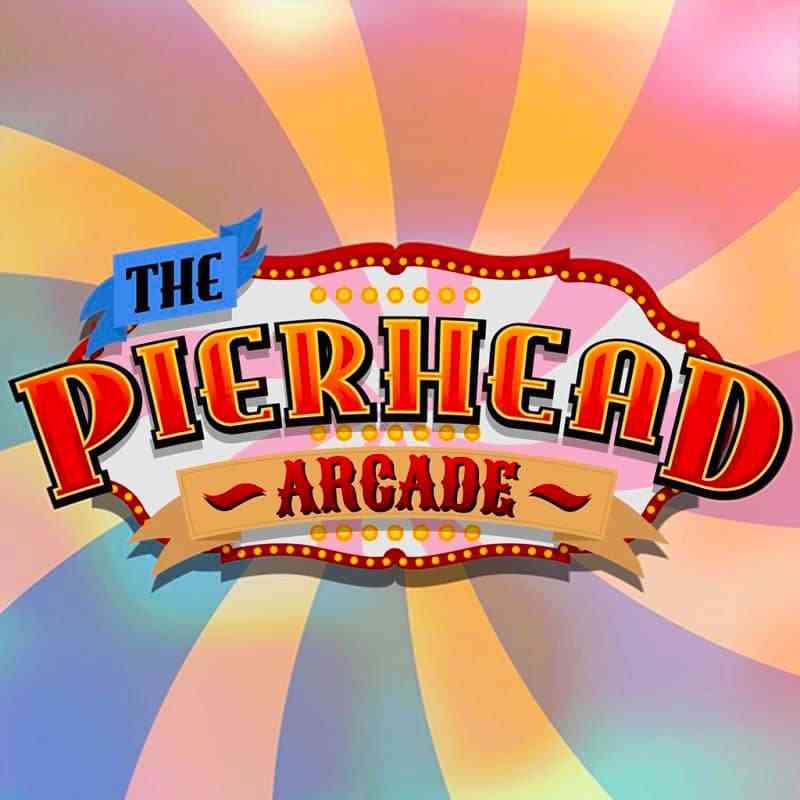