Phantom Doctrine Review – Left Out in the Cold

It’s 1983, and you’re CIA…or KGB, depending on what kind of person you are. You look out into the world and you see dark forces threatening to turn the tide of evil. Only you have the espionage and tools to stop it. That’s right, you’re playing Phantom Doctrine, a spy tactics game that’s as frustrating to play as it is attractive to look at it.

The story roughly follows a narrative about your main agent, who is customizable in what is a pretty solid character creator for the type of game Phantom Doctrine is, and that agent’s unraveling of an international Cold War conspiracy. The details are neither important nor memorable, as it is a set-up to deliver the tactical missions and the sky base management portions of the game. This isn’t new hat in video games, of course, and a good game that’s fun to play can pull off having a lackluster plot, but the gameplay itself fell into frustrating more than it did satisfying. The plot wasn’t helped by some stilted, unmemorable dialogue and accompanying uninspiring voice acting. It wasn’t all bad, but the catchphrases were especially painful—just because a video game is set in the 1980s doesn’t mean it has to have the same production quality. 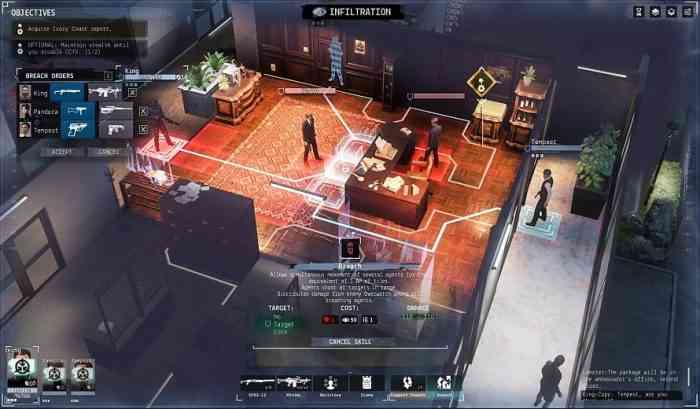 In the main action of the game, your agent and the other agents you control (you can hire and fire them from your hideout, but beware, because this firing them can cause them to turn against you) are sent to do Spy Things™. This can include and is honestly pretty limited to finding someone, killing someone, or finding some information, which can vary wildly in difficulty between “seemingly impossible” to “laughably easy” depending on what map and which enemies you spawn. I had a few good times sneaking around the different locales, enjoying the 1980s backdrops and setup, but a there are so many abilities that are poorly explained that the game’s attempt to diversify its actions only hinders it. Most agents have different abilities, but some are much, much more useful than others, limiting the agents you actually deploy, and a lot of the time the outcome on a mission depends entirely on luck. I also found it very frustrating that when one agent fired an unsuppressed weapon or was witnessed trespassing, this entered all agents into combat despite only one having had been spotted.

These little things added up while playing, making the return to the hideout a relief, but the overwhelming amount of information thrown at the player didn’t stop when it came time to switch out agents or send them to check out suspicious activities, and the world map was an exercise in patience as I learned how to process all that information. There are some upgrades that make the game more enjoyable, but they’re not enough to bolster the game through my flagging interest. It’s also worth mentioning that the information gathering mechanism in the game works in the way that it stimulates the part of my monkey-primate brain that enjoys draping string between different dots, but the meaningless codewords presented to the player do nothing but add to the fog of Cold War confusion that hides aspects of the story even from the player. 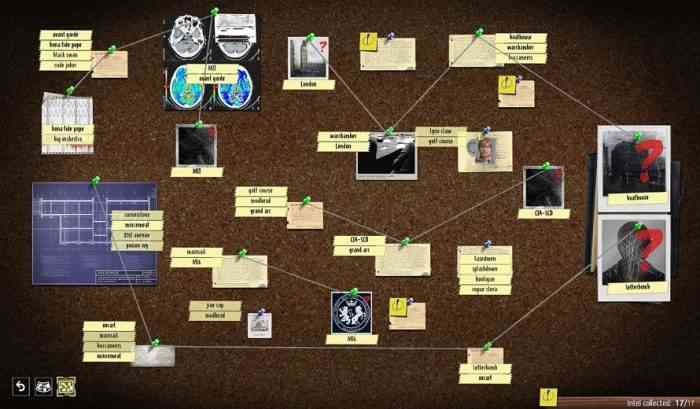 I loved the idea of this game and enjoyed a few missions here and there, telling my agents where to go and having them exercise their particular skills in saving a prisoner to the backdrop of Cold War espionage chatter and tensions. Yet the gameplay and plot never lived up to its potential, and my expectations slowly lowered themselves into a shallow grave as the gameplay, initially full of potential, let me down through repetitive gameplay and a cliché plot.