I really didn’t think I would be a fan of the PDP AIRLITE Pro Wireless Headset. Spoiler alert: in the end, I was. When I first opened the box, I was greeted by the headset, a dongle, a ridiculously short USB cable, and a Getting Started guide that simply had a QR code. At first, I figured I could set up the headset without a guide – this isn’t my first headset rodeo. But after charging the headset with the ridiculously short USB cable – I plugged in the dongle on my PC and… nothing happened. I pushed buttons on the headset to no avail – now I needed help.

I scanned the QR code and was disappointed to find out that it just took me to the PDP website. So, I searched for this specific headset… and nothing. No instructions or guide. Growing frustrated, I decided to try it on my Xbox Series X. Fortunately, plugging the dongle in and holding the headset power button was all it took, and soon enough, I was getting sound from the AIRLITE Pro Wireless Headset. Sheesh. Not a fun start.

It’s worth noting that since starting my review, PDP has since added a brief yet incomplete User Guide on their website. It still doesn’t provide all the answers, but it’s at least something. 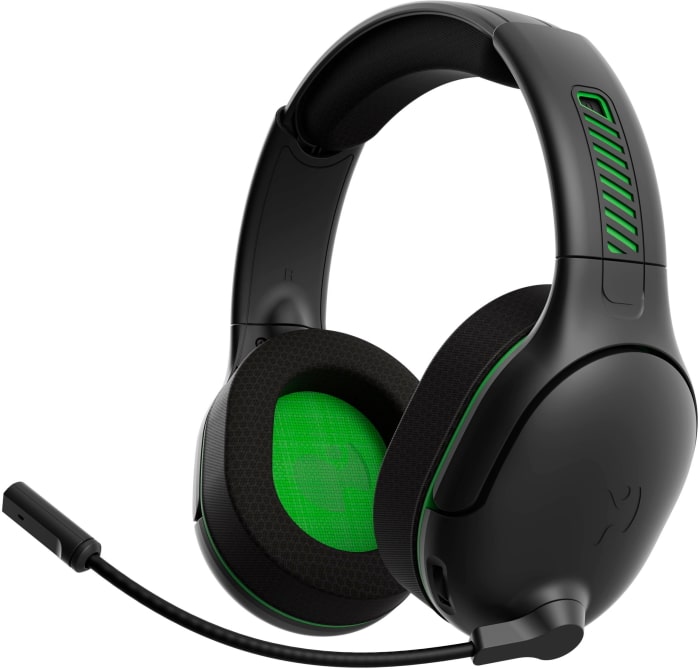 The PDP AIRLITE Pro Wireless headset features stereo sound pumping through its 50mm drivers. You’re not going to get true 3D audio or the clarity of a headset with Dolby Atmos, but hot damn, the sound was absolutely fantastic. I would suggest this is probably the best-sounding stereo sound you’ll get from a wireless headset. During my time with the headset, I was playing Call of Duty: Vanguard, Fortnite, and reviewing Call of Duty: Modern Warfare II. It gave me an opportunity to hear a wide range of sounds from subtle conversations and footsteps to loud gunshots and explosions. The headset performed exceedingly well to the point that I didn’t even bother trying my Dolby Atmos-supported headset during my review time with Modern Warfare II. The PDP AIRLITE Pro Wireless headset was growing on me.

Multiplayer gaming included having chats with my teammates. The PDP AIRLITE Pro Wireless headset has two different volume dials; one for in-game volume and one that adjusts the chat/in-game mix. The chat/in-game mix dial is in a bit of an awkward spot and took some adjusting, but eventually, I had a decent balance between my teammates and the game. Additionally, my teammates had no issue hearing me. My voice came across clear – which is ideal since I have a lot to say.

This headset is not the most comfortable headset I’ve ever worn, but it’s not the worst either. The cups enclose my ears almost perfectly – just a little snug. But I have large ears, so for folks that have normal-sized ears, this should fit them just fine. And as a result, you get an added level of noise cancellation. I can still hear sounds around me when I have them on, but the sounds are quite muffled. The headband also has quite a bit of room to expand, allowing for larger heads. For me, I didn’t need to expand it too much. Though a word of warning – the band is quite tight. I once pulled the headset off, at a sort of awkward angle, and it snapped into my eye. It’s probably a scenario that most folks won’t achieve themselves – just dumb luck on my part. But damn, it hurt!

The AIRLITE Pro Wireless headset has a mic boom that flips up when not needed – which also doubles as a mute function. I wish all headsets had this flip-to-mute feature. In addition to the power/sync button and two volume dials, there’s a second button that says Mode. Unfortunately, with no included instructions, guides, or otherwise – and since the website still doesn’t have a proper User Guide on it – I have zero idea what the Mode button does. 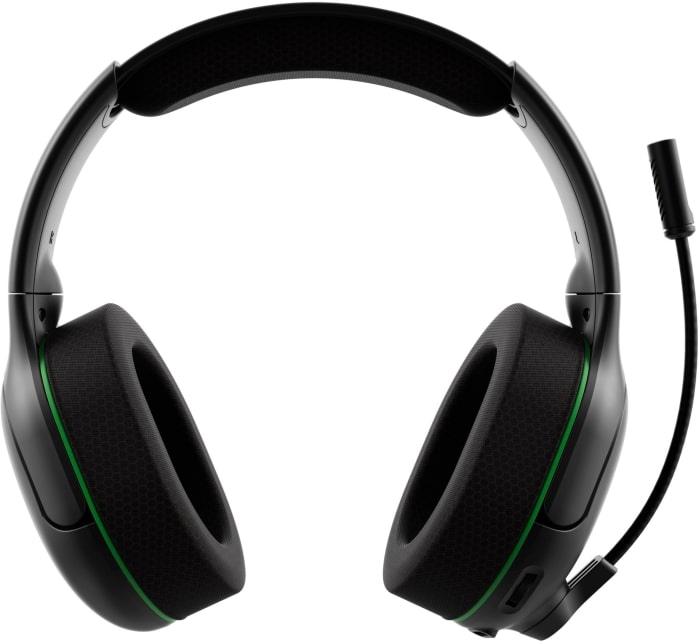 The Energizer Bunny of Headsets

The battery life for this headset is incredible. I’ve been gaming for a week on the same original charge. The box states 16+ hours of battery life and it absolutely hits that range. I honestly can’t recall another wireless headset that offered this sort of battery life. Eventually, I’ll be recharging it, with the ridiculously short USB cable they included in the box. Can you tell how annoyed I am by the ridiculously short USB cable?

The PDP AIRLITE Pro Wireless headset and I didn’t have a good start to our working relationship. It was a bit confusing and I still don’t know all the features it offers, such as the mysterious Mode button. However, when I finally figured out how to pair it on my Xbox Series X, the end result was a very capable wireless headset. And yes, after I paired it with my Xbox Series X, the pairing continued to work on my PC as well. The stereo sound is excellent quality. While it lacks true 3D audio or heavy features like Dolby Atmos support, it still provides an audio experience that should satisfy many gamers. The headset is modestly comfortable with relatively big ear cups, comfortable padding, and an expandable headband.

As an added bonus, it comes with a 1-month Xbox Game Pass Ultimate subscription – however, it’ll only work if you are currently not subscribed. I really wish they would have included a proper quick start and feature guide in the box, I imagine other gamers will have similar challenges when they first unbox this headset. The PDP AIRLITE Pro Wireless headset is a worthy pick-up for folks that need a decent mid-tier gaming headset with good sound that won’t break the bank. 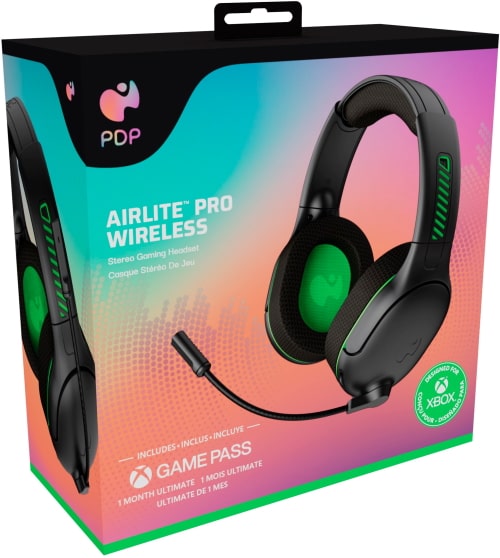