Imagine that the very world, the timeline we live in no longer existed. Imagine instead that WWII continued until the Nazis nuked the entire world, save for a few bunkers. Thankfully we never had to experience the post-apocalyptic world Paradise Lost thrusts its players into, because I for one, would not have been able to survive the abyss.

20 years after the events of the Nazis nuclear warfare that plunged the entire world into a giant state of nothingness we take over this post-apocalyptic world as Szymon, a 12-year-old Polish boy stuck in an empty bunker. His mother is dead and he’s left searching for a mysterious man in a photograph she left behind. With this singular goal, you begin your lone journey through the eerily quiet Nazi bunker. Not long into your new adventure you find some futuristic technology where you’re introduced to Ewe. Can she help you find this mysterious man in the picture? Can she help you to not feel so utterly alone?

Turns out these aren’t the only questions you’ll have throughout Paradise Lost. In fact, there’s a whole lot of questions that you’ll never even get the answers to. The narrative here is not too terrible overall, but it is indeed very shallow and very underdone. In fact, it’s like biting into a burger and only finding a slice of lettuce between the two buns. Maybe it’s the fact that the whole game is no more than 4 hours long. In all honesty the reason it’s even this long is because there’s no ability for Szymon to run or walk just a bit faster. If he could the entire story would come to its end in under two hours. Maybe it’s the fact that there are no resolutions to some parts of the plot that come up throughout your time in this world, with Szymon and Ewe. Maybe it’s even the limited dialogue options available to you when interacting with Ewe. Realistically, it’s all three. 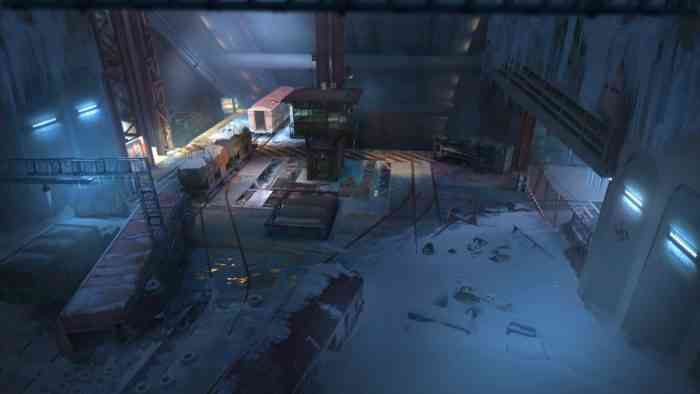 Unfortunately this glaring issue is compounded further by the gorgeous aesthetic and environment. The environments are put together so well in Paradise Lost that you want to discover more of it. The eerie atmosphere and the beautifully crafted graphics pull you further into the game. Sadly, there’s a major design flaw attached to these environments, to the very aesthetic and atmosphere that lends well to the story. This flaw is that there are large areas within the bunker, an entire underground city really, that go completely unused. There’s zero reason to walk down a dark hallway. You won’t be finding any hidden secrets or easter eggs, after all. Instead every part of the world simply points you forward on your linear journey. I really wish the endless potential of the atmosphere and environments could have been used to create more depth for the narrative.

As a result of these hollow environments Paradise Lost doesn’t exactly provide an entirely immersive experience. All that’s really required, besides your attention and the movement of your analog sticks, is an occasional button press. There are some fun parts of the story where Szymon uses the E-W-E computer system and all its futuristic technology to make decisions about things like where bunker resources should be allocated, or the bunker defenses. These parts are also a bit confusing however, because it seems that we’re dealing with the past in real time, with these decisions seeming to have some kind of larger effect on the entire bunker and outside world. This is one of those things that could have been explained or integrated into the story a bit further. That said these E-W-E computer moments, and all of the interactions with Ewe, break up the monotony of walking through the empty bunker.

Despite not always feeling entirely genuine, at times lending to the overarching feeling of superficiality, both Ewe and Szymon’s voice acting is done well. It’s consistent throughout Paradise Lost and their relationship might be the only reason to continue the story itself. I was interested in seeing the development of their bond and to figure out exactly what or who Ewe is. I so desperately wished for more than two dialogue options during these interactions though because even at the end of the game I didn’t feel any overwhelming connection to either character. 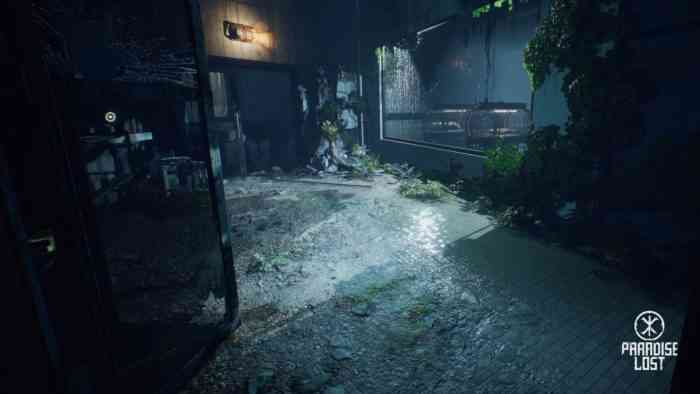 Now even though the different dialogue options available don’t alter the storyline too drastically, there isn’t just one ending. If you want to play through and discover an alternate ending you’ll have to start from the very beginning as there’s no option to start from a certain spot in the story. I’m not sure I would play through the entirety of Paradise Lost again just to see another ending, though it could be fun to choose the opposite dialogue option from the first playthrough.

The pace of the game is slow, there isn’t a whole lot of depth to be found anywhere in Paradise Lost, and it’s not without its frame rate drops and bugs either. Don’t get me wrong, there are certainly some diamonds to be found in the rough here, but they’re few and far between. What Paradise Lost does deliver on is a minimally interactive experience as more of a walking simulator than an alternate history first-player adventure game. And it does look and sound exactly as you’d expect if you were to find yourself as a 12-year-old boy, trapped in a desolate Nazi bunker. Overall there’s just a lot of potential left untapped and that’s really its biggest problem. 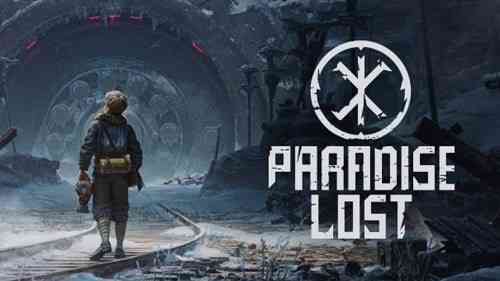 Publisher: All in! Games