Another Eden: The Cat Beyond Time and Space Review

It’s not exactly revolutionary to say that mobile games play very differently from PC and console games. They’re guided by a different design philosophy–one that prizes clarity over subtlety, charming characterization over graphical excellence, and keeping the player entertained over telling a fully realized story. There’s nothing wrong with this, but it does make it obvious when a mobile game is ported to another platform. Another Eden: The Cat Beyond Time and Space is very obviously a mobile game, and not just because the first thing you have to do after downloading is agree to a lengthy list of terms and conditions. It’s incredibly heavy on cutscenes and dialogue, leaving the surprisingly intricate combat system out in the cold, and the story’s pacing and themes can be inconsistent. I can see the seeds of a truly great JRPG buried here, but the mobile format holds the game back.

Another Eden starts out with a prologue detailing events that happened 16 years in the past, when a blue-skinned outcast referred to only as ‘Beast’ encountered an abandoned baby girl in the woods. After a surprisingly playful encounter, the Beast realizes the baby possesses great power. He disappears when he hears another human approaching, but not before expressing the desire to meet her again one day. The approaching human turns out to be an old man, who takes both the baby and her older brother, who was hiding nearby, home with him. Then the player is immediately placed into the shoes of Aldo, a young village guard living in the Miglance Kingdom, who–in true JRPG tradition–has slept in dangerously late.

Unsurprisingly, Aldo and his sister Feinne are the kids from the opening. Everything seems peaceful until Aldo follows a cat into a hole in space-time and finds himself in the Gallery of Dreams and gets a crash course in the game’s gacha mechanics. When he returns, it’s to find that Feinne has been kidnapped by the now-adult Beast, now calling himself the Beast King. After 16 years of enduring the discrimination and outright violence of humans, the Beast King has gathered the remaining beastfolk under his banner and is preparing to exterminate humanity entirely. For that, he needs Feinne’s power.

A Story Both Rich and Shallow

After an unwinnable boss fight, Aldo learns that Feinne has been taken to the Beast King’s castle… just in time to be catapulted 800 years into the future. There, he finds himself stranded in the floating city of Elzion, in an age where humanity is at war with their synthetic creations and the ground has been rendered uninhabitable. Soon after he gets involved in the fight, the entire city vanishes into light as a new, desolate future comes into existence, forcing Aldo to once again journey through space-time in hopes of saving everyone. What follows is, well, an adventure beyond space and time. 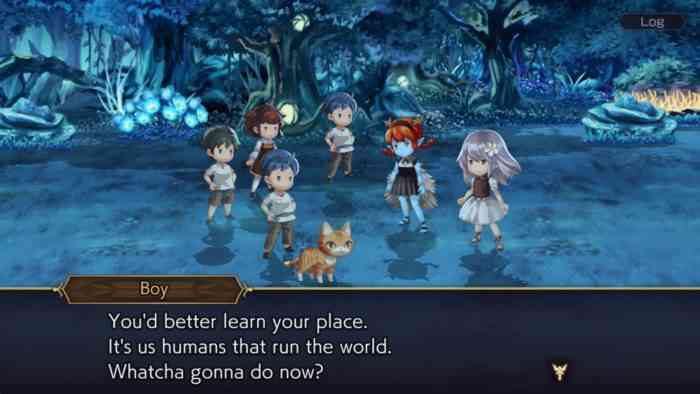 Aldo is a pretty endearing protagonist, though there’s nothing particularly special about him. He’s a laid-back guy who cares deeply about his sister, is generally pretty nice, and has some pretty hilarious shocked expressions. However, the focus on time travel shenanigans and side quests strip his character arc of most of its urgency, meaning the trauma of the game’s opening doesn’t really seem to have affected him. You can tell this game was conceived of and written as a serial rather than a single contained story. The pacing is irregular and stretched-out, there’s a much greater emphasis on dialogue and cutscenes than there is on actual gameplay, and it lacks a lot of the decisions and minigames that add depth to console JRPGs. Despite the cute graphics and simple gameplay, Another Eden tackles complex themes like discrimination, grief, and the costs of war. I wouldn’t consider it an exceptional example of heavy RPG storytelling, but it succeeds at making you care, and that’s probably enough.

From the graphics to the overly simplistic 2D control scheme, it’s clear Another Eden was designed to be played with your finger. Sometimes this translates awkwardly into mouse and keyboard. You walk with the keyboard but use the mouse to explore and interact with things. There’s a constant flood of icons, pop-ups, and sound effects intended to convey information via a much smaller screen. If you’re already comfortable with emulation, it won’t be a problem, but it might be startling at first glance, especially since some tutorial screens still assume touchscreen controls. The music is nice but a bit uninspired and I can’t call the in-game graphics anything more than decent. The backgrounds can be very beautiful, however, and the anime-style character portraits are quite nice. Also, there are many cats to be found throughout the game and I appreciate that.

Starts Slow Before Kicking Into Gear

If you’re familiar with JRPGs, especially mobile JRPGs, then you’re familiar with Another Eden’s mechanics. Standard character classes, lots of side quests, turn-based combat, random encounters, new skills that unlock over time, achievements that unlock premium currency—there’s nothing particularly new here. Different characters use different weapons and have different types of attacks that are more or less effective on different types of enemies. 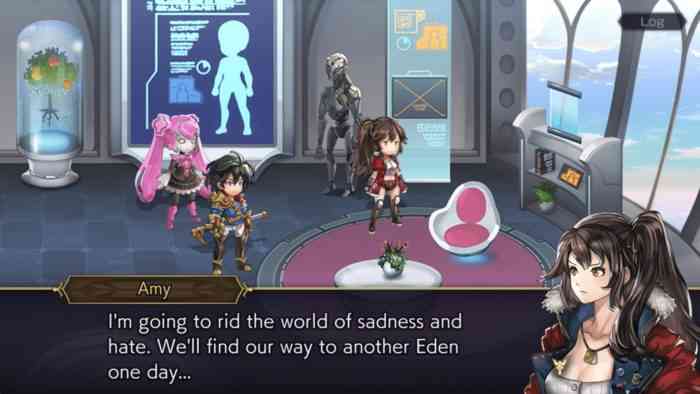 The standout mechanic is Another Force, unlocked during Chapter 10, which is triggered by a meter that fills up as the party deals damage. When activated, it allows the party to use skills for a short period of time without burning MP. You can rack up impressive amounts of combo damage before the meter empties.

All in all, Another Eden: The Cat Beyond Time and Space isn’t anything revolutionary, but for what it is, it’s quite good. 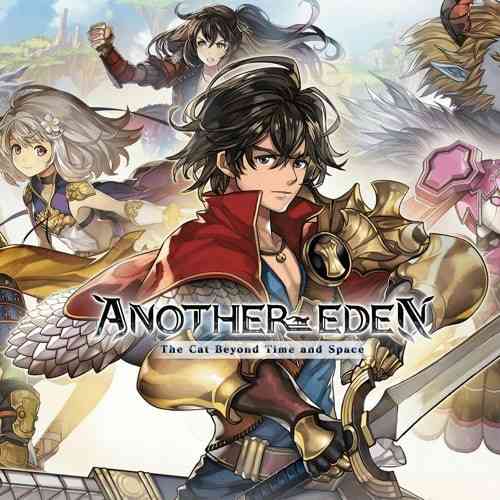