Panzer Dragoon was originally released back in 1995 for the Sega Saturn. Since then, the franchise has seen a handful of sequels, including a series of RPGs. Now it’s time to fly back to its roots with a remake of the original game that started it all. Panzer Dragoon: Remake is a complete overhaul of the beloved classic. While the gameplay is essentially the same, the visuals have received a substantial upgrade. A lot has changed in gaming since 1995, does Panzer Dragoon: Remake have what it takes to rekindle the nostalgia or is this a game that’s better left as a memory? 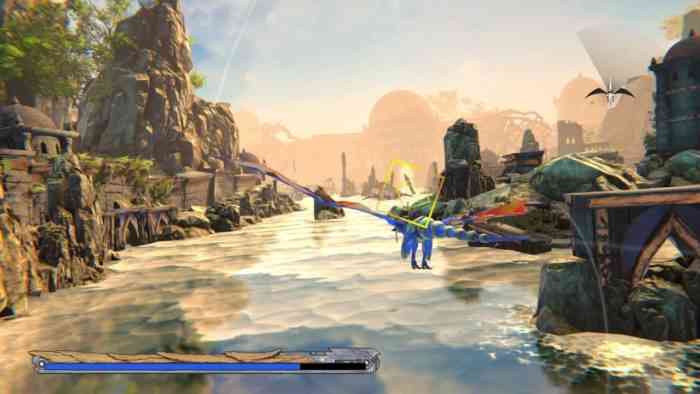 Clowns to the Left of Me, Jokers to the Right

Panzer Dragoon is an on-rails shooter (think Star Fox). You control the weapons and some basic movements, while the game provides the forward momentum. As you fly through each level, you’ll be attacked by a variety of different enemies, some that can attack you from any direction. It does get pretty annoying having to circle your view around 360 degrees to attack enemies from different angles, but at least you have a mini-map that shows little red blips when enemies are around you. From start to finish, you’re equipped with two weapons, a standard gun and a lock-on weapon. Most enemies can be locked-on to, so I found most of the time, I just locked-on and fired. The standard gun was pretty useless, save for a few incoming missiles that couldn’t be locked-on to. The game features no upgrades of any sort, so your attacks are as-is for the entire game.

Panzer Dragoon is split into six episodes, each lasting approximately five minutes in length and ending with a boss fight. After beating the sixth level, you’ll have one final episode, however, it is just the final boss fight. Between each level, you’ll be treated with a short cut-scene that connects the story. One thing that really impressed me was the amount of variety between levels, enemies and boss fights. While the gameplay is essentially the same throughout the entire game, the visual variety keeps things feeling fresh. If you die in a level, you’ll have to restart the entire level, assuming you have credits to continue. Once you run out of credits, you’ll have to restart the game. On Easy, you shouldn’t have much problem with running out of credits, but things do get a bit dicey on the Hard difficulty. Completing a level will only restore a portion of your health, and with no health pick-ups throughout the level – it can be quite challenging.

Every aspect of the game, from the audio to the visuals have been given a makeover. While the visuals are by no means groundbreaking, they’re still a vast improvement over the original. The environments are definitely the highlight of the game. Each level is completely unique, but my favourite is easily the first level – that water effect is gorgeous. Another visual aspect that impressed were the really large enemies such as the giant worm creatures that burst from the ground in the second level and some of the boss battles. The audio has two different soundtrack options – the original score and a new remastered score. Fans of the original will probably dig the original score, but I personally preferred the new score. 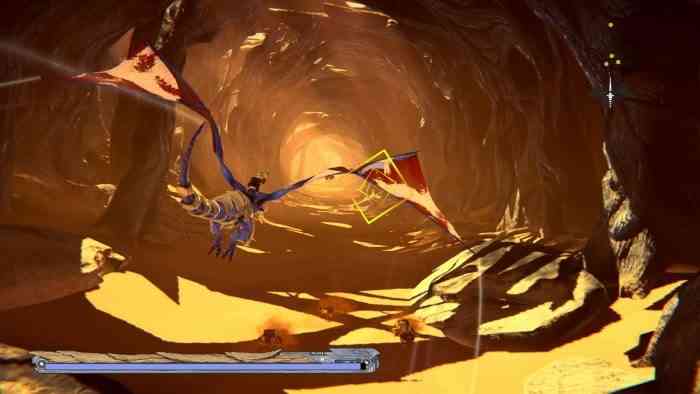 Panzer Dragoon: Remake is not a very long game and could be wrapped up in an afternoon. It offers three levels of difficulty and a couple of different control options. I found the controls based on the original game very awkward, but when I selected the “Modern” controls option, I had a much more enjoyable time. Completing the game on Hard will also give you access to the “Shadow Menu”, which is essentially a cheat menu – though I really don’t know why you’d need a cheat menu if you’ve beaten the game on the hardest difficulty.

Panzer Dragoon: Remake won’t be for everyone. I never played the original game, but I have a basic knowledge of the franchise. It looked familiar to a personal favourite of mine, Star Fox, but unfortunately, Panzer Dragoon was nowhere near as enjoyable. It simply lacks a lot of the fun touches and personality that make the Star Fox franchise so good. Panzer Dragoon does have some fun moments and some of the visuals are quite impressive. I didn’t care much for the story and the game is quite short. If you were a fan of the original, nostalgia alone might be enough to make the purchase. It’s worth noting that a remake of the sequel is already in development, so if you do enjoy Panzer Dragoon: Remake, you’ll have something more to look forward to. 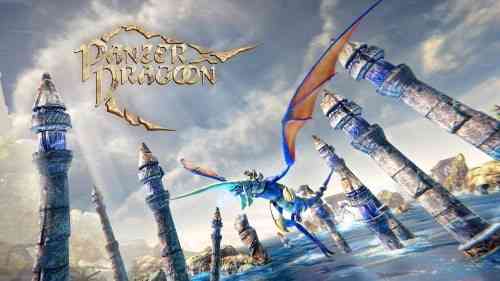 Earn Awesome Game of Thrones Rewards for Your Playstation for Free; Here’s How