Set in Oz after the events of the original tale of Dorothy and her three friends, you’re tasked with helping a new girl find her way home and help the citizens of this magical kingdom. Ophelia finds herself battling enemies in a strange land when she runs into three familiar friends: Scarecrow, Tin Man, and (not so cowardly) Lion. Evil forces are at work, causing once-friendly creatures and citizens to become hostile and dangerous. Nobody seems to know what’s wrong, and it’s up to you to find out.

Frankly, there’s a lot to do and this is a decently large download for a mobile game. Not only are there quite a few zones to battle through, but each one has unlockable side areas leading to bosses and treasure. Story moments are spaced between fights via text dialogue, but if you don’t really care about that you can always skip it. I only mention this because even if you’re not a fan of the Oz universe, Broken Kingdom is absolutely worth your time.

“Frankly, there’s a lot to do and this is a decently large download for a mobile game.”

First of all, the battling is simple but effective. Choose one of the four characters before each fight, and edit their abilities accordingly. You have sort of a deck that cycles abilities as you use them, each one costing different amounts of mana. The starting set of abilities are pretty basic, but you can unlock a lot of new ones both through microtransactions and just by playing.

I’m happy to say that each of the characters actually feel quite different from each other. Top this off with leveling up, an evolution system, and the ability to equip gems to boost specific stats, and you end up with a ton of customization. Two players could both main Lion for instance, and have very different ways of playing him. Viable build diversity is always a great thing, and I feel like This Game Studio has done a great job with that. 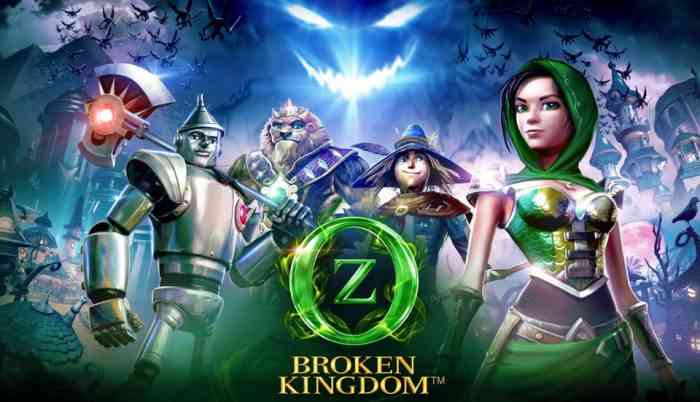 If you get bored of the campaign or simply get stuck and have to grind some levels before moving forward, there’s an online arena mode. Here you face off against an opponent of similar level, each of you gaining two companions – which can also be leveled up – to help in the fight. Even if you lose, you gain a star per companion killed, so a loss can still net you two stars. Get fifteen stars, and you can unlock a chest every few hours. If you win a fight, a separate chest drops which is also on a time gate.

Normally, I can’t stand time gates and anything that stops me from playing. However, with Oz: Broken Kingdom, I feel like this is all done rather well. I never really felt the need to spend currency to speed things up, and you’re actually given quite a few freebies every so often. In fact, this game is easily playable without spending any money on microtransactions, though they do of course help boost you faster. If you’re really into the PvP aspect, then yes it’s pay to win, but just about any mobile game is these days. At least Oz doesn’t feel like you NEED to pay to win. 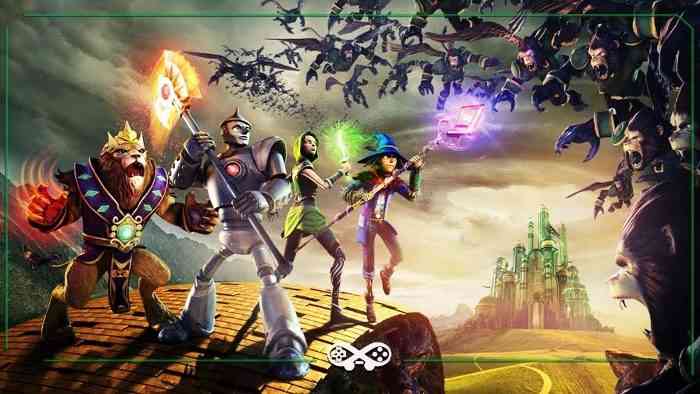 It’s actually quite hard to find major faults here. All currency can be earned, and while you might get stuck and need to grind for a bit once in a while, that’s not always a bad thing. If you feel frustrated, don’t just drop twenty dollars. Instead, wait it out, maybe play in the arena, and once you’re higher level you can push through that block in the campaign. It feels satisfying.

Personally, I rather enjoyed the artwork. That being said, I’ve always enjoyed both the original movie and the weird 1985 movie Return to Oz. You don’t need to be into the books or movies to like this game, but it certainly helps.

If you’ve been looking for a new game to play on your phone or tablet, I highly recommend Oz: Broken Kingdom. I found it to be not only a lot of fun, but a rewarding challenge at times as well. Yes, the dialogue and story might not be your thing, but you can always just skip past that. Don’t let an established IP stop you from playing what I consider to be a solid addition to turn-based strategy games.

***In-app tokens were provided by the publisher*** 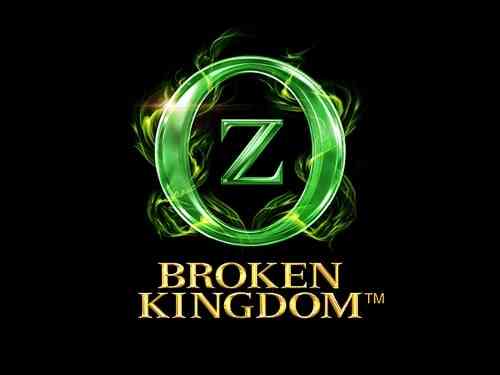