When I reviewed Outer Wilds, it was clear to me this was a special game. I’m still proud to list it in my top 10 greatest games of all time (in my head). Its blend of space traversal using a small solar system as its clockwork puzzle was wholly unique. I couldn’t put it down. I had high hopes for Echoes of the Eye and while it’s a great DLC entry on its own, it doesn’t hit the highs of the base game in the ways I had hoped. Let’s break it down.

Beware light spoilers ahead! While I’ll avoid going into great detail about the original game or any big story pieces of the new DLC, I will be talking about what’s happening mechanically, so if you’d like to experience anything blind, you’ve been warned friend.

Echoes of the Eye is integrated into the game as a piece of story during your normal time loop. The conceit is there’s a new exhibit in the museum that merits your attention. What you find in the museum is the first piece of a long thread that takes you down a path of an entirely different style of adventure.

And that’s what surprised me the most. Outer Wilds was always about many pieces that coalesce into a whole. Its entire solar system is a puzzle and you chip away at it bit by bit as you take note of how it works within your time loop. Echoes takes place solely within one location that’s divided into two distinct areas. The first area is a compelling water rafting adventure on a ringworld akin to Halo. The second area is a horror game that has more to do with say a SOMA than it does with Outer Wilds. 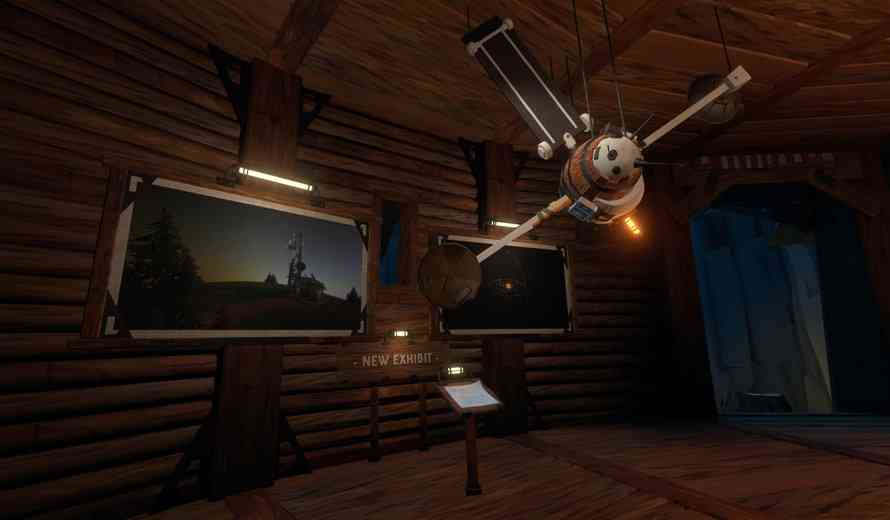 In true Outer Wilds fashion you are not handheld in the slightest to solve this new mystery. And the mystery itself is compelling and foreshadows some very interesting lore that affects the original base game. Trying to get these answers is what pushed me along even at times when I grew tired of the DLC’s pacing and lack of… well, outer space.

In the normal game you spend a great deal of time traversing large areas that are interstellar and planetary. It’s a great mix and there’s so much to do. This reduces any player friction because if you feel stuck in one area, you can travel somewhere else to make progress and return later when you feel refreshed.

Welcome to a New World: Frustration

If you’re like me going into Echoes, you’ve finished the base game so the only place to go is this new environment. And this new environment is full of dead ends. Every bit of progress I made eventually led me to another dead end and, if I was frustrated by it, there was nothing else to do. I can see players who play Echoes along their first playthrough being far less frustrated as it’s best served in small chunks with the ability to break away from it. The time loop’s timer doesn’t help Echoes either. There’s nothing worse than making a new discovery toward the end of your loop, see what you have to do next, only to have the sun supernova and reset your progress back to zero. This was offset by the base game’s small chunks and many worlds, but when you only have one task it’s a bummer.

It happened enough that I had to put the game down, too frustrated, especially in the second area. While the first area feels like the planet puzzles you’re used to, the second area is a slow-moving horror-lite experience in pitch black. It even comes with creatures that can stalk you if you aren’t careful, and kick you out, thus further wasting your time in the time loop. It can be a bit maddening at times where you won’t quite know where to go, or how to unlock a path, only to get booted out of the dark area, and then know you’ve already spent half your time.

Other environmental changes impact your progress in the dark so depending on how you enter this area will determine how much time you get even more than the overall time loop – a compounding and punishing decision. 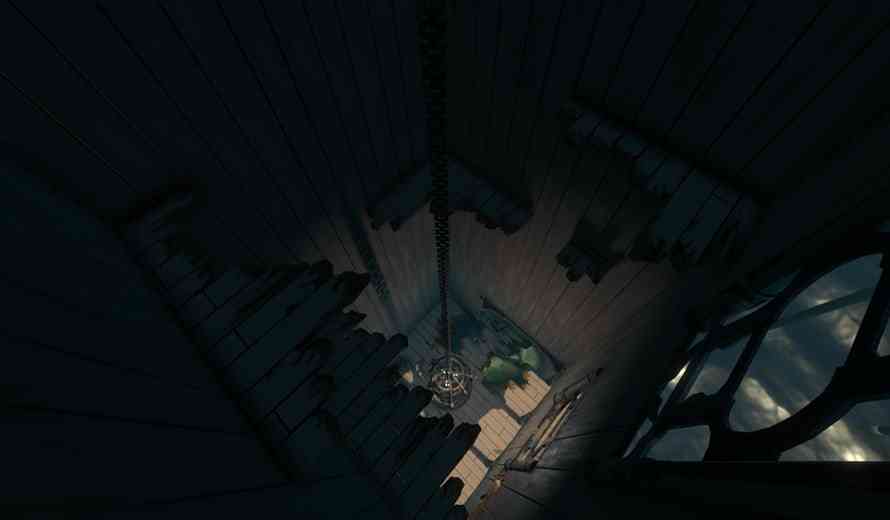 While I still enjoyed my time with Echoes overall, I’m a bit disappointed by the approach to wholly abandon the scope of the original and lock players into one area. I also did not enjoy the spooky area as it forces a different playstyle of focusing on how far you can go before you reset. I no longer felt like an intrepid explorer and more like a speedrunner, hoping I could key up a sequence, sneak by, and just get ten feet further than I did last time. In the end, the story changes, and parts of the new area are a delight to see. Some of the new mechanics like the rafting or manipulation of light are most welcome. So while Echoes gives up parts of what made Outer Wilds so great in the grand exploration, Echoes of the Eye is a solid companion piece to the base game. I just wish I didn’t spend nearly all of it away from my spaceship. 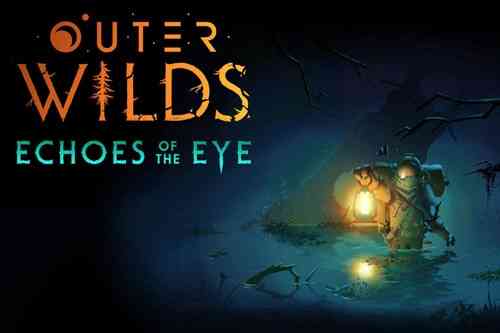