Whenever the latest fighting game hits the shelves, most gamers think about the dark and sinister ways they intend to exact horrible vengeance on their foes, cutting limbs from their writhing bodies as they plead for mercy only to be violently decapitated. And then, there are games like One Piece Burning Blood – bright and colourful, overly comedic yet maintaining that base anime-tone of fighting for honour.

The latest iteration in the One Piece series, Burning Blood is a somewhat standard fighting game with some nice touches, but ultimately just manages to fail to connect with the player. The story – from what I can tell you – follows Monkey D. Luffy, the protagonist of the whole series. That’s as much back story as this game offers. Right out of the gate, this title supplies you with no necessary information to understand what the heck is actually going on. I had to rely on external research to understand what the premise of this world is, who the people are, and why I should care. Burning Blood immediately assumes that you are already heavily invested in the story. This can be a pretty shocking situation to get thrust into, given the game has sixty seven playable characters and seventy four assist characters. That is one hundred and forty one characters I am expected to know something about to enjoy the game thoroughly and appreciate the social nuances of these people.

“The latest iteration in the One Piece series, Burning Blood is a somewhat standard fighting game with some nice touches, but ultimately just manages to fail to connect with the player.”

To help you out, I can tell you that the world of One Piece Burning Blood is one almost entirely of water. The Pirate King has left his title to be claimed by whoever can find his hidden treasure, called the One Piece. This is the ultimate goal of several characters in the series, each belonging to various crews of pirates. Also in this world are magic fruits called Devil Fruits. When consumed, they permanently bestow extraordinary powers, which explains why so many of the characters in the series can perform fantastic feats (Luffy in particular is extremely stretchy.)

That being said, I found the rest of the game to be decently enjoyable. Combat offers teams of up to three characters as well as three support characters who, when activated, will offer various buffs, and the controls are simple and easy to get the hang of. Players don’t need to worry about memorizing long strings of combos which makes it easier to jump in and spend more time experimenting with the other characters to find that perfect team for you. Motion can be a bit troublesome, as characters have the freedom to move anywhere in the arena but they will not always face the opponent. This makes it much easier to miss, and despite being told how to use ranged attacks in the tutorial, a few missed power moves by either participant can leave a huge gap for you to waste time running to close. 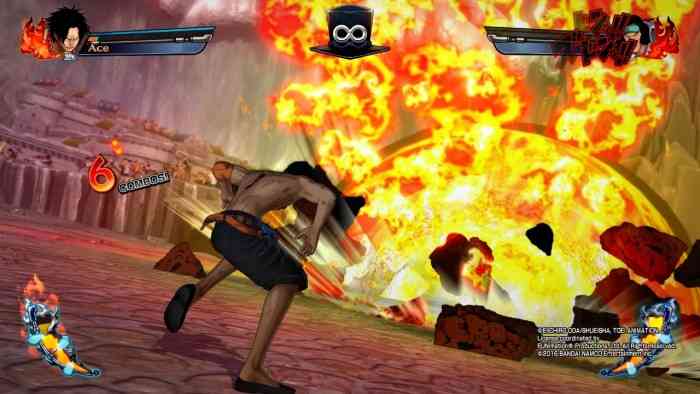 The game starts with about twenty characters unlocked, and from there they become available through missions in “Paramount War”, the story mode for the game. Characters can also be purchased immediately with coins which are earned from every mode of gameplay. (Standard modes include Free Battle, Online, and a conquest mode called Flag Battle which resets every week.) Probably my favorite mode offered is the Wanted Posters, where you are given a set team of enemies who must be defeated under special circumstances and graded on your performance. It’s like having a side quest in a fighting game and it’s good for a quick fight, with both set challenges and new Wanted missions being added with increasing difficulty for a limited time.

The graphics here are superb, I can’t stress that enough. It’s a mix of anime, cell shade, and hi-def somehow rolled into a crisp and smooth experience. Small objects within the arena can be shattered when combat strays too near but you really appreciate the details in this game when hitting a high power KO special attack that literally sends your opponent out of the arena and into the not too distant scenery, which then explodes into rubble as they impact into it.

“However, this game does nothing to establish the back story or relationship of the characters beyond touching on Luffy and his brother, Ace, leaving any player new to the series scratching their head.”

Another nice little addition is the introductory banter. Granted, characters talking trash before a fight isn’t anything new, but in One Piece Burning Blood they aren’t simply speaking in general threats. Characters will have specific reactions to members of the opposing team, often calling them out by name. It makes the battle feel just a little more personal, even in Free Battle mode where you might just be testing out a new character.

The music for the game rests nicely with the comedic and over the top tone of the series, evolving into a nice crash of exciting music as the fight rages on. Word of warning to some: The game is subtitled in English with no option to change the spoken language from Japanese. Personally this wasn’t an issue for me, but I know some people would greatly prefer the option for an English dub, as it can be distracting to read the dialogue rather than watch the cinematic itself, especially when characters start speaking during combat. 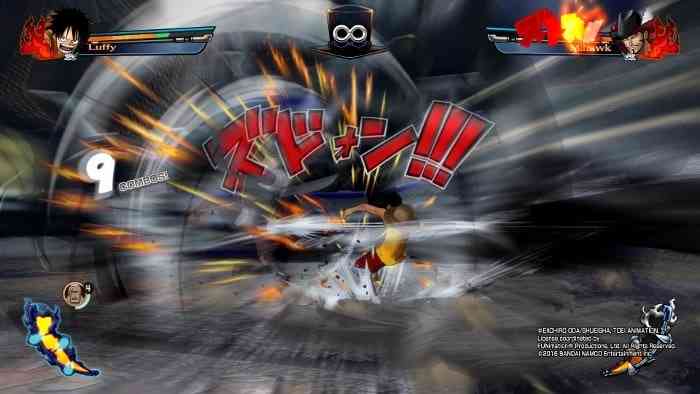 One Piece Burning Blood has the blueprint of being a great fighting game with a huge cast of unique characters, gorgeous and vibrant graphics, and a generous wallop of humour. This game could have been a great jumping off point to bring new fans to the series. However, this game does nothing to establish the back story or relationship of the characters beyond touching on Luffy and his brother, Ace, leaving any player new to the series scratching their head. The controls are simple enough to jump into, but the inputs seem less than intuitive. Connecting with attacks was easy, but connecting with the attacks you actually wanted to use isn’t always so simple. 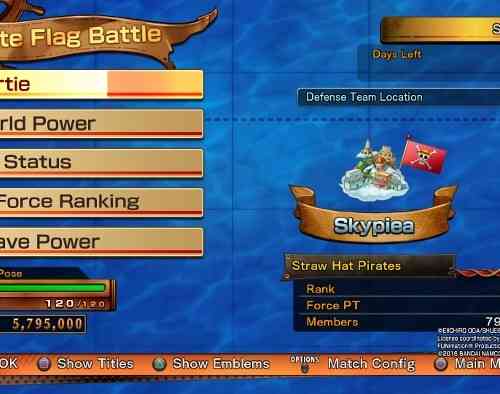 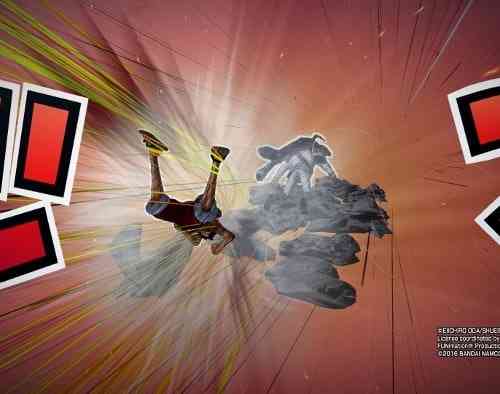 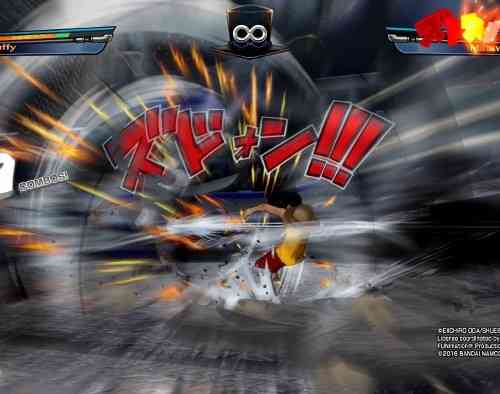 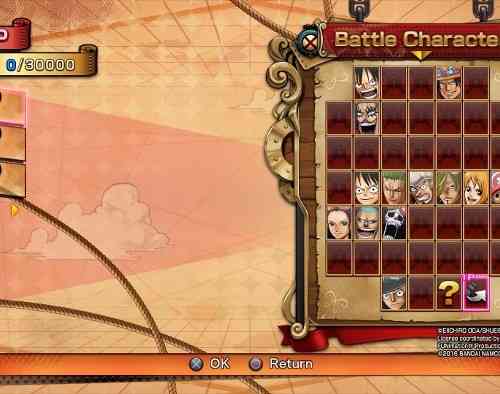 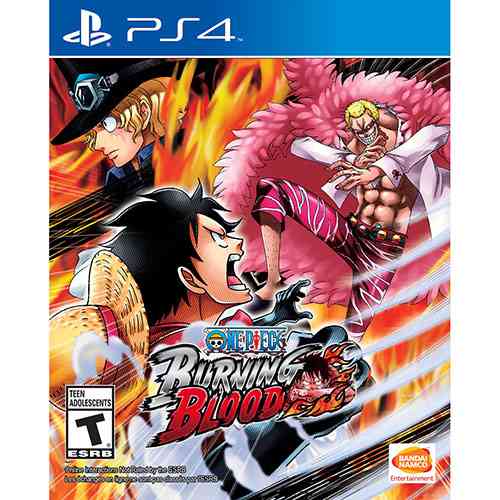 Ni No Kuni 2: Revenant Kingdom Hits Nintendo Switch in September
Next Shadow Blade: Reload Review – Fast, Fun, Ferocious & Flawed
Previous In Between Review – In Between Swearing Profusely & Throwing a Controller Against A Wall