I’m no stranger to strategy games. I grew up on Age of Empires 2, cut my teeth on the Total War franchise, and have sunk days into the Civilization series. I’ve even dipped a toe or two into Europa Universalis’ deep waters. I love playing God, and when it comes to these sorts of titles I know what works and I know what doesn’t. While Nobunaga’s Ambition: Sphere of Influence – Ascension (Ascension) technically works, it does so with very little inherent reward or reason to continue.

Ascension is a sort of upgrade to last year’s release, in which a few new systems have been added (Officer play, Garden politics, etc.), but it largely remains the same game. That being said, you probably already know if you’re going to like Ascension or not because the changes aren’t significant enough to attract strategy fans that were put off with the previous release. It’s a series with a very niche fanbase for obvious reasons. Those reasons being: the game is obtuse, largely unrewarding, and worst of all boring.

“That being said, you probably already know if you’re going to like Ascension or not because the changes aren’t significant enough to attract strategy fans that were put off with the previous release.”

I’ll admit, Ascension intimidated me on our first meeting. I sat on the floor across from my television and turned off all distractions so that my full attention could be given to the game. I squinted hard at the television, not out of confusion, but because the text is so damn small and hard to read. Then the tsunami of deep game systems hit and I was starting to feel a bit queasy. I was getting the sinking feeling that it was one of those strategy games. Y’know, one that was going to require me to read a novel’s worth of text and have a university calculus degree to decipher. I fought through the initial anxiety and began to realize that, while still deep, those systems become a lot easier to understand with a few hours of exposure, and the game’s tutorial does a pretty decent job of introducing them in an orderly and logical way. If you’ve played games like Civ, or especially Universalis, you’ll have no problem with Ascension. 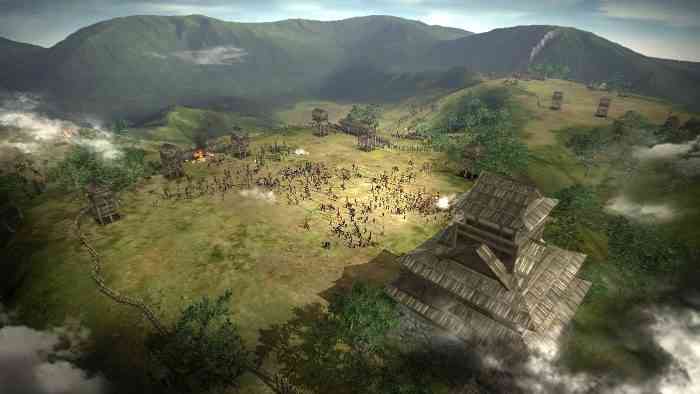 You start the campaign as a fledgling Retainer and through a grueling campaign of monumental construction, shady diplomacy, and bloody battle, you’ll become the most powerful and honorable Daimyo in the land, ending in either complete domination or peace. Both leading to a unification the fractured and warring Japan. Oh man, if the reality was at least half as awesome as that sounds it would be one of my favourite games. The problems start with the controls.

Translating a strategy game from the PC to a console is a tricky proposition. Ascension gives it the ol’ college try but a game this deep, with this many menus, begs to be played with a mouse and keyboard. The game has so many multi-button commands for opening the plethora of menus that you start to feel like the Rain Man performing mental magic trying to remember them all. Was is L1 + Triangle for the council menu, or was it in the Square menu…? Where the hell is the council?! The camera can be a pain to mess around with on the overworld or during battles especially. The game isn’t ruined by these control problems of course but they add to an already frustrating experience.

The battles, which are always something to look forward to in strategy games, were, on the whole, underwhelming. It’s a real-time system but I’m tempted to say it may as well not be, because the tactics you need apply for a successful battle are so simple as to barely be called tactics at all. Basic flanks, pincers, and charges are more than enough to win almost any engagement. Granted I did play on the easier difficulties, so I can’t speak to the battles on the harder settings. 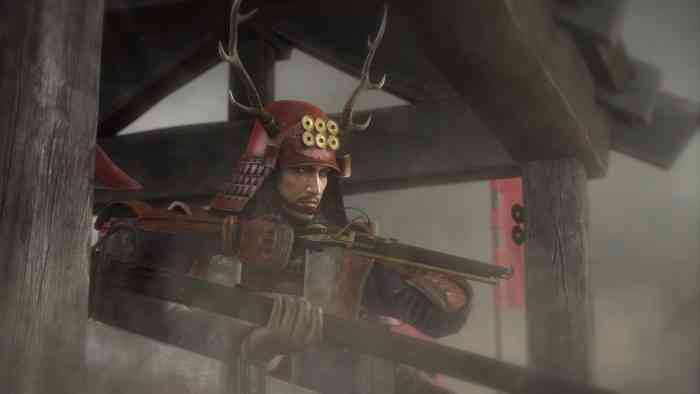 The story — specifically the way they decide to convey the story — is such a letdown. It’s basically told through a series of static picture and text boxes which were written with an almost cruel affinity for cliched short declarative sentences. Every character is the same trope of a noble warrior, or heartless villain. It actually started to make me physically ill at some point, but I somehow transcended that until it became inexplicably hilarious. Go figure. I get that it’s hard to convey story in these sorts of games, but honestly, I started wishing that they took it out completely.

There are things to like about Nobunaga’s Ambition. On a technical level it does what it promises and if you’re looking for that very specific thing you’ll probably really enjoy the game. It’s a neat look at the rich and bloody history of Japan, although the real drama is never delivered in a satisfying way. If you’ve never played a Nobunaga’s Ambition game I think you’re better off keeping it that way. If you’re thirsting for strategy there’s always Civ VI.