Neon Chrome Review – A Must Have for Roguelite Enthusiasts

It’s nice and refreshing to get a roguelite that is actually engaging, fun, and has a wall you can throw yourself at until it crumbles. In Neon Chrome, you can expect hours of chaotic and destructive fun as you fight your way up a series of floors on your quest to stop the overseer, and it never seems to get dull.

You play as someone living in sort of a virtual reality facility, leaving your rig only to perform the most basic of human functions. When you’re all hooked up, you’ll find yourself in a top-down twin-stick shooter with RPG elements based around upgrades. As you progress through each life, you earn credits which can be used to either upgrade your base stats – luck, damage, health, energy, and slots – or spend it on previously found gear to set yourself up for your next run. You’re limited to choosing your starting weapon, filling one passive slot, and selecting your secondary ability.

“Gear yourself out as much as you want, it will only help so much with the procedurally generated levels and floor map.”

There are still a bunch of random elements involved, even with paying for an initial setup. Each run, you get to choose from a few classes, each with their own unique bonuses. For instance, the techie has less health but he has a rechargeable shield; the psycho has more health and unlocks additional passive slots; the assassin has bonus crit chance and can go invisible. Gear yourself out as much as you want, it will only help so much with the procedurally generated levels and floor map.

Each set of floors has a boss, with the first three being unique and the fourth being a variation on one of the initial three. Once you kill a boss, you can then start your next run on the next set of floors. While starting earlier is a better bet for maxing yourself out before the final boss, this is incredibly handy when you’re trying to unlock items as they can only be found on specific floors. 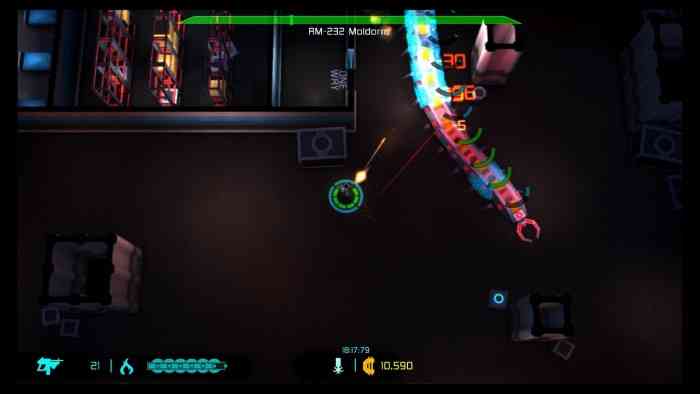 Once you do finally make it to the top and finish a run, you can augment Neon Chrome with sort of a new game plus feature that makes enemies harder but gives out better loot. While there are a few rogue-likes and roguelites that stand out from the crowd, it feels like most of them can’t seem to find that balance of frustration and reward, especially when going for a roguelite. Too often, things swing too wide toward the rogue part of that word, and it’s much too frustrating.

With Neon Chrome, a really great balance has been achieved. Even a quick run will yield enough for you to set yourself up for the next one, or sink a few points into your base upgrades. You will die often, and I highly doubt you’ll make it to the final boss on your first run, let alone past the first two, but you’re always rewarded. You always want to keep trying.

“Currently there’s a pretty glaring bug where your cursor isn’t centered on your character, resulting in your laser marker not correctly showing your line of fire.”

Now, with great power comes great responsibility, and 10tons hasn’t quite managed to get away cleanly. Currently there’s a pretty glaring bug where your cursor isn’t centered on your character, resulting in your laser marker not correctly showing your line of fire. Because of this, I feel almost forced to use high fire rate weapons and go for more of a spray and pray method to force my way through tough rooms. It’s especially detrimental on weapons like shotguns or burst rifles, as a missed shot can give away your position. 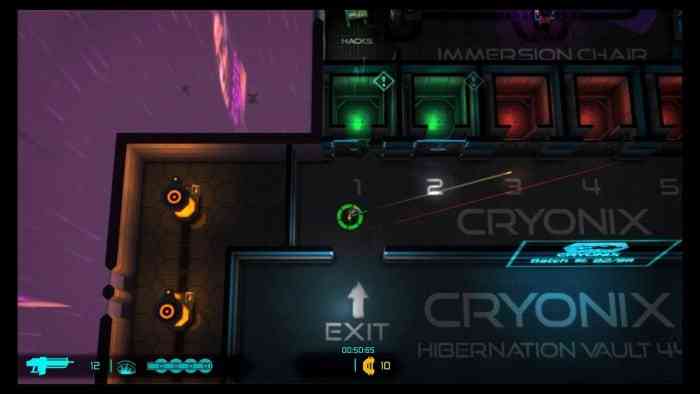 Some of the map design can also be a bit frustrating. Windows aren’t exactly clear, so it takes a bit of time to recognize them for what they are. Rooms can be generated with an absurd amount of shield enemies, so you’d better get used to circling around or actually using your melee attack. It seems like the AI is pretty great for the most part, with enemies fleeing at low health, but then you’ll occasionally have a rocket guard shooting right next to himself when trying to hit you. Other than that, there’s not a lot to hate on. Even the recycled bosses are actually done rather well, and feel like different fights.

If you enjoy other rogue-likes or roguelites, there’s a very good chance you’ll enjoy Neon Chrome. Even if you tend to play a lot of twin-stick shooters but avoid anything with the word ‘rogue’ in the description, I highly recommend Neon Chrome. It has its problems, but otherwise comes across as a breath of fresh air in a saturated environment. 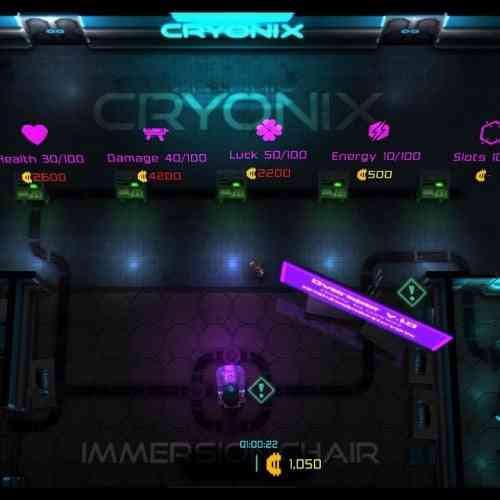 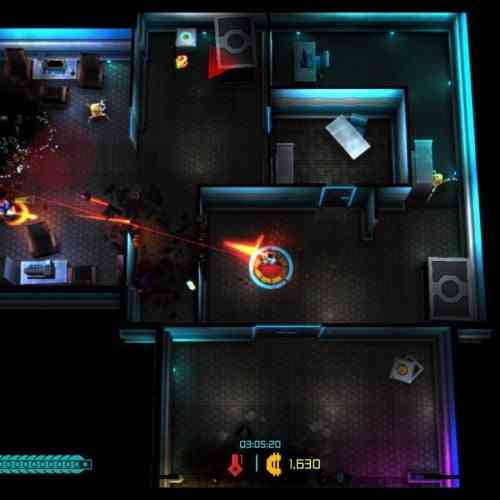 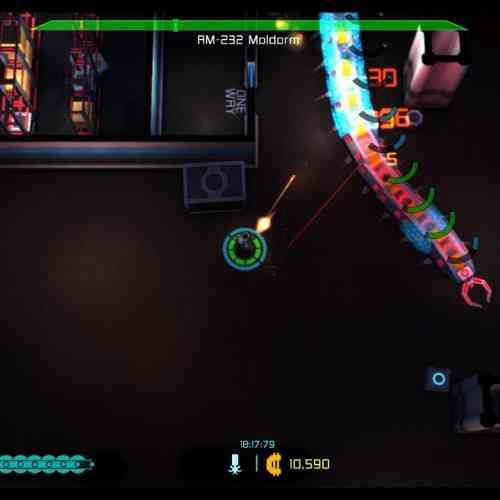 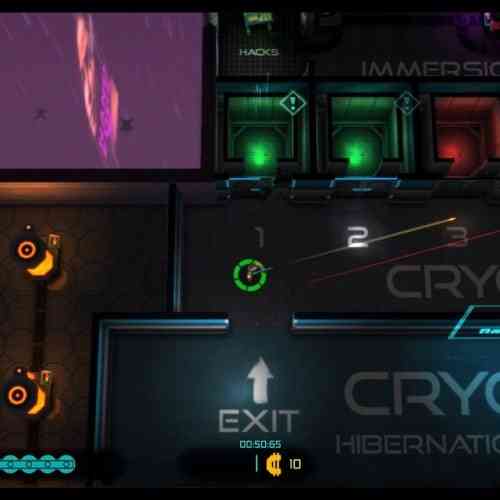 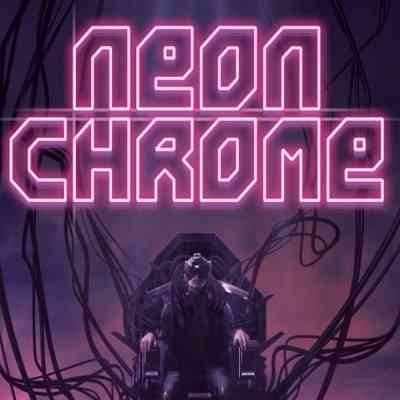