NBA Playgrounds Review – Not My Jam

From the start, it’s clear NBA Playgrounds is attempting to recapture the magic of classic arcade sports games such as NBA Jam and NFL Blitz. You can perform gravity-defying stunts and use game-changing power-ups, all while playing as some of your favorite basketball players, but when the dust settles, there needs to be enough content to extend beyond the initial novelty of reliving the gameplay that made those predecessors great. Unfortunately, NBA Playgrounds stands as a shining example of a game that tries so hard to live up to what came before, that it forgets to provide the player with anything substantial past its nostalgic allure.

NBA Playgrounds starts off promisingly. Jumping into a game is fairly straightforward thanks to a brief tutorial, which shows you the basic mechanics and how each match will function. Almost immediately, however, some things start to feel off. Though the game tells you how to shoot, steal, block, etc., knowing how it wants you to go about doing them becomes an issue. For example, it’s never entirely clear when pressing triangle will trigger your character to attempt a block or a rebound, and often times, knowing the timing to make a perfect shot seemed random. This could also have something to do with the addition of player stats.

To make each character somewhat representative of their real-world counterparts, they are all given a set of stats, similar to those used in NBA Jam. Though, in theory, this is a great idea since it can make each character feel unique, in practice it created just enough of a discrepancy between characters to disincentive trying new ones. All the players felt essentially the same, but required very minute differences in timing to make shots or dunks. This meant that once I got comfortable with a certain character, I was hesitant to switch to a new one because I knew I would have to get used to new timing. Some people may appreciate this aspect since it can give you the feeling of “mastering” a certain player, but I found it frustrating more than anything.

“NBA Playgrounds strikes a good balance between cartoonish and realistic, with each player baring a recognizable resemblance to their real-life counterparts while simultaneously feeling like caricatures of them as well.”

That being said, when the gameplay does work, it can be loads of fun and focusing on frantic two-on-two gameplay was a smart choice. The animations are so over the top that it would have been challenging to manage larger teams on the court and seeing only four players at a time enhances the casual pick-up game sensibilities NBA Playgrounds is going for. The moments where you can successfully perform a clutch steal and follow it up with a double backflip slam dunk are exhilarating, so it’s a shame those moments are few and far between.

The visual style and aesthetics also help convey that classic arcade feel. NBA Playgrounds strikes a good balance between cartoonish and realistic, with each player baring a recognizable resemblance to their real-life counterparts while simultaneously feeling like caricatures of them as well. The game also ran well and had a smooth motion blur effect that emphasizes the feeling of movement while traversing the court. 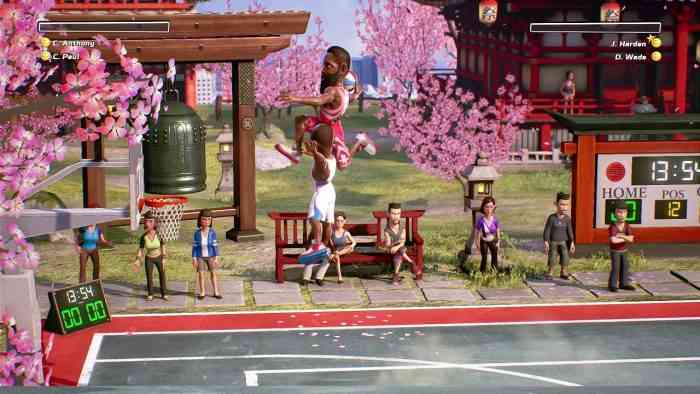 NBA Playgrounds tries incredibly hard to add a wealth of elements into the gameplay to keep it varied, but ultimately that becomes one of its greatest shortcomings. The two best examples of this are the stamina meter and the power-ups. I imagine the former was implemented to add an extra layer of skill, requiring players to actively manage the actions they take and make critical decisions accordingly. In the end, though, it ends up sucking a lot of the fun out of the experience. Unless you choose a player with a maxed out stamina stat, stamina gets consumed very quickly. There were numerous times where I wanted so bad to execute an impressive dunk or a crucial block but was unable to because I had used up my energy simply moving around the court. It caused me to feel like I was being punished for doing nothing wrong, which should never be the case in a game like this.

The power-up system works oppositely, but in equally frustrating measure. Each time you do something “good” such as making a shot or successfully stealing the ball, you charge a power-up meter in the top left corner of the screen. Once it is filled, the game initiates a lottery pick (think Mario Kart) for a random power-up. The problem with this is that some of the abilities are far more powerful than others. For instance, one of them allows your character to make a shot from anywhere on the court, while another gives you double point scoring for a certain amount of time, but only for dunking. Seeing as dunking is one of the easiest ways to score in NBA Playgrounds, this power-up has the potential to swing a game by upwards of 15 or 20 points in a short period of time whereas the first ability I mentioned merely guarantees up to three points for a use. This imbalance added a luck element to games that was far too prevalent.

“There is no career or story mode, and really no options for customizing a game beyond how long it goes on for or how many points you need to win.”

There is also a surprising lack of modes to keep players invested. Sure, there’s a tournament mode and online play, but they are just extensions of the basic 2v2 playstyle at the core of the game. There is no career or story mode, and really no options for customizing a game beyond how long it goes on for or how many points you need to win. The developers really had the opportunity here to add in some fun and silly modes given the nature of the game, but they are entirely absent.

NBA Playgrounds has me torn. On the one hand, it can be a genuinely fun game of digital basketball with cool animations and many playable characters to choose from, and the addition of local multiplayer is a welcome feature. On the other hand, however, many of the game’s mechanics simply don’t work as they should and the lack of creative modes is disappointing. Maybe in the future, with some tweaks and new content, NBA Playgrounds can blossom into something great, but for now, it doesn’t quite hit the mark. 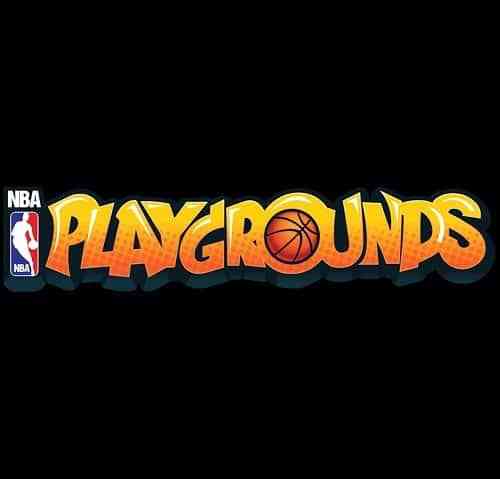 Evil Dead: The Game DLC Comes Out This Week