One of my favourite video game franchises of all time is Fire Emblem, a venerable series which is currently enjoying a much-belated boom on the 3DS. Its latest release is a remake of Fire Emblem Gaiden, and the game is meant to close out the series’ life on the console that saved it. While it is both a return to the past while being a step towards the future, Fire Emblem Echoes: Shadows of Valentia most often finds its successes in its changes from recent entries in the franchise, but languishes with regards to pacing and map design.

On the continent of Valentia, the two nations of Zofia and Rigel are at war. Childhood friends and protagonists Alm and Celica pursue vastly different means to end the conflict, and you must play as both to bring peace to the land. The narrative and dialogue are often either a hit or miss in Shadows of Valentia, with the former having its compelling moments before suddenly dropping to the overdramatic, and the latter wavering from pleasantly witty to intolerably cheesy. In a departure from Fire Emblem: Awakening and Fates, marriage between characters is not an option in Shadows of Valentia, blessedly preventing the whole “time travelling babies” thing from happening again this time around. While there are still support conversations to listen in on, pairing up units in combat has also been nixed. I actually prefer this as I found that pair ups lowered the risk of losing characters too much. I’ve missed holding my breath, coming up with solutions that felt genius to save my units from an otherwise certain permadeath.

“In a departure from Fire Emblem: Awakening and Fates, marriage between characters is not an option in Shadows of Valentia, blessedly preventing the whole “time travelling babies” thing from happening again this time around.”

Shadows of Valentia balances out this increase in difficulty with the introduction of Mila’s Turnwheel. Limited to a few uses per battle, it has the ability to turn back time, and is a smart alternative to the screams of frustration and resetting that veteran and Classic mode Fire Emblem players are all too familiar with. Another absent mechanic is the weapons triangle (sword beats axe, axe beats lance, lance beats swords), and units now carry default unbreakable weapons that can be replaced with special ones. For example, Celica carries a standard sword which can be swapped out with a blessed sword, and that in turn can gain new skills as she levels up. And rather than buying items with different abilities, skills can be unlocked as characters use their weapons – mages in Shadows of Valentia start out with fire spells, and unlock thunder and light spells as they fight. Characters can hold one item at a time, whether that be a special weapon, some food for healing, or an item that increases certain stats. This limitation certainly adds on to the difficulty as you must choose between offence (special weapon) or defence (healing items), and distribute your supplies carefully. 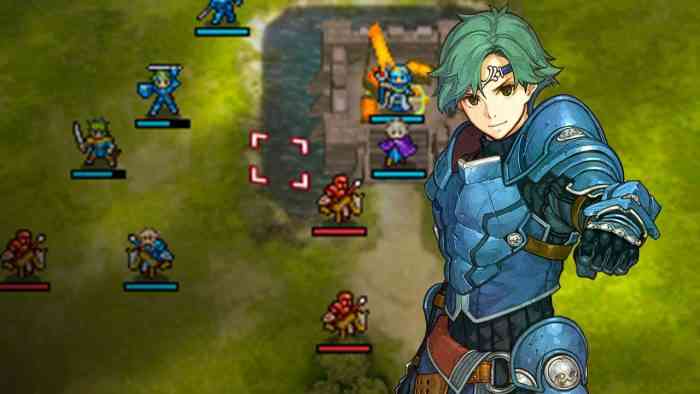 I had noticed that there was far more hand holding in the beginning of the game than other recent Fire Emblem titles. With little variety, whole maps were spent telling the player on how terrain and archery worked, and Shadows of Valentia even teaches you about divvying up experience to lower-ranking units. Little did I know that this glacial pace would carry on throughout the game, as Valentia is also plagued with the zombies of Awakening and Fates, slowing down the game to a rather low stakes, boring grind. This would be more forgivable if Shadows of Valentia had the map variety of at least Awakening/Fates, let alone the heights of Radiant Dawn, but much of the game features skirmishes on flat pieces of land. This does not improve when the player switches from Alm to Celica, as the vast majority of her first battles consisted of fighting pirates on two boats side by side, one after the other.

The biggest variation in gameplay and most significant new addition overall would be the dungeons. Alm and Celica can freely explore a few 3D dungeons between the usual Fire Emblem maps, and they can smash pots for money, open treasure chests, and bust into hidden areas. Enemies can be encountered within these dungeons, and if a fight is initiated, the game shifts to the regular tactical overview. As I went from one encounter to the next, I was briefly put out when I found that my units’ health regenerated, until Shadows of Valentia introduced the new fatigue mechanic. In the dungeons, your units will tire and if they become fatigued, their stats will be lowered until you recover by eating food or leave the area. With this combination of dungeon exploring, monster encounters, and fatigue, it felt like a beautiful three-way cross between Fire Emblem, the Legend of Zelda, and Persona.

While the maps can be a grind, the fact that you control two armies in Shadows of Valentia greatly helps in adding some variety to the game. The makeup of Alm and Celica’s armies are vastly different. His starts off as a flock of villagers, giving you a vast amount of early control over the makeup of your army. In the beginning, Alm’s army is larger and more steel-based, while Celica’s is smaller and mostly made up of powerful mages. The two armies and the ability to freely switch between them do wonders for distracting you from the blandness of the battlegrounds as you must navigate two sets of units through the world.

The 2D art in Fire Emblem only gets more stunning with every game, and Shadows of Valentia falls perfectly in line with this. Opting for a more elegant and classic character design, Shadows of Valentia is easy on the eyes and the voice acting is fantastic for even minor NPCs. Fire Emblem has always been dialogue-heavy, so this thorough voice acting really brings the game to life in a way that hadn’t been seen before in this franchise. 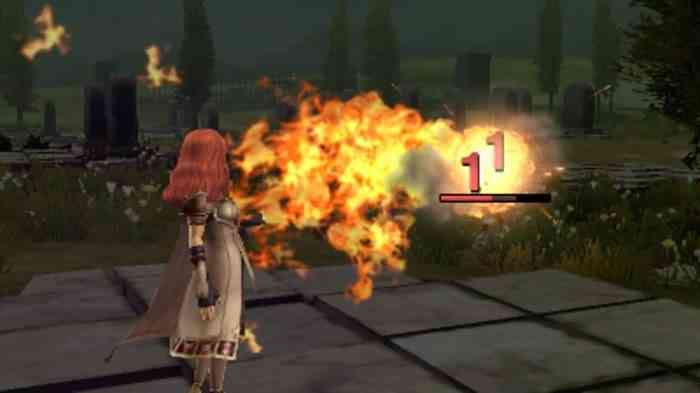 Whereas Shadows of Valentia suffers from uninspired level design, it makes up for it with its twin armies, fun dungeons, and returns to form. It is a welcome step back from the previous 3DS Fire Emblem games as it focuses on a tighter narrative while providing us with a glimpse towards the future as Shadows of Valentia ventures into new territory with its explorable areas and fresh gameplay mechanics. 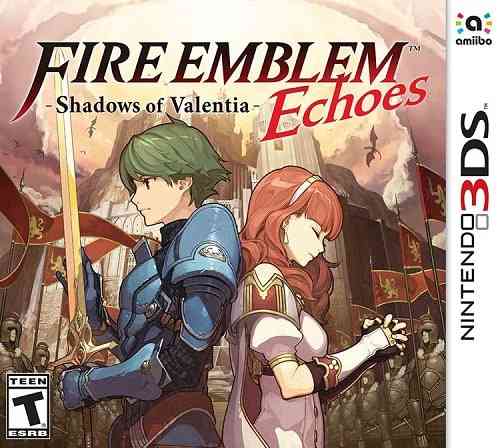