Utawarerumono has an interesting history with a handful of drama CDs, mangas, animes, and games. Spanning back to 2002 in Japan, its first game was an adult tactical role-playing visual novel – yes, it has ‘adult’ roots embedded into it. Although its localization ripped out the mature content in 2006, Utawarerumono did not fall short of familiar anime tropes present within the harem genre. And, as you might expect, Utawarerumono: Mask of Deception doesn’t stray too far away from its predecessor as it combines visual novel storytelling and turn-based battles that ultimately sets up the story for its sequel, Utawarerumono: Mask of Truth, releasing later this year.

The game revolves around an amnesiac man that’s found by an animal-eared and tailed girl named Kuon who bestows the name ‘Haku’ to him. Adventuring through the nation of Yamato, Kuon takes Haku under her wing as they meet new allies, battle opposing foes, and have humorous as well as awkward conversations that fuel their friendship.

“It’ll be hard to delve into with the endless amount of fluff text and development of its characters if you’re not used to the visual novel method or are strictly playing for its turn-based battles.”

Alternating between adventure mode and battle mode, the game is split between a story-rich visual novel experience and an active SRPG battle system. There’s a ton of text to go through in the visual novel department and I would say Utawarerumono: Mask of Deception is more so a visual novel experience with occasional simplistic turn-based battles than the opposite. It’s easy to get lost in the text as it effortlessly keeps you reading for countless minutes before you encounter another battle. Regardless, the story and its depiction are quite well-done if you’re into its peculiarity. Lots of fanservice, harem-related elements, and overall just garnered for a very particular audience. It’ll be hard to delve into with the endless amount of fluff text and development of its characters if you’re not used to the visual novel method or are strictly playing for its turn-based battles. However, if you dig the characters and endless anime tropes, you’ll probably be fine.

Nonetheless, the battle system is a mix of turn-based tactics and attack chain mechanics making it extremely fun and rewarding, but does not have the complexity nor challenge to make it worthy on its own. The turn-based tactic puts you on a grid-like map where your stats relate to your performance. You have your basic attack, defense, speed, and elemental attributes that govern how you’ll do against enemies and the environment while action chains are timing-based button pushes that enable you to execute critical attacks or vital dodges/blocks. There are unique combat features that include the rewind function and particular character skills, but unfortunately don’t play a huge role in battles because, well, you won’t encounter a devastating time that calls for them – it’s just too damn easy. 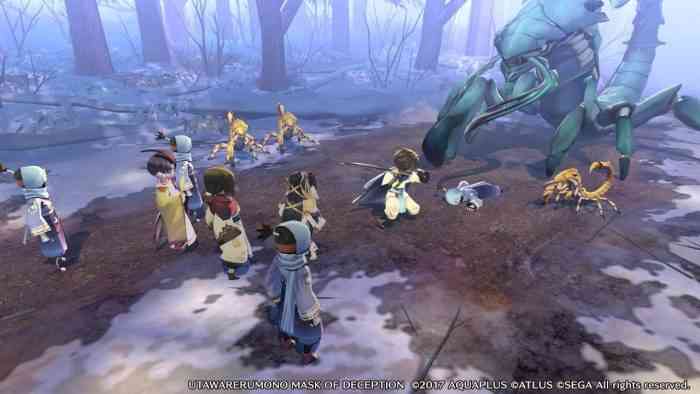 Aside from that, some pretty cool features include the Overzeal state that allows a character to take an additional turn if they fill their zeal bar as well as weather conditions affecting elemental affinity.  After battles, you’ll be rewarded with experience points, bonus points, and items that’ll level your characters up, allow you to adjust their stats, and equip items or costumes respectively.  Overall, the battles aren’t too shabby – they look great, feel relatively good, and seem like they could work in the long run. However, it slowly hits you that it doesn’t really extend past the basics and the challenge quickly disappears. It’s unfortunate, but the emphasis on the visual novel portion is definitely heavy with this one and is where you’ll spend most of your hours.

Moving onto the visuals, Utawarerumono: Mask of Deception incorporates a mix of visual novel art, anime cutscenes, and 3D models for its battles. They all look beautiful and truly fit its storytelling and world aimed to be depicted. It’s even more admirable that its initial release was back in 2015 and still manages to look well above average. The music also does its share to create some catchy tunes bringing the visuals to life even more. While the game has no English dub, the game is fully voiced in Japanese from the text during the visual novel portion to the random utterances within battles. 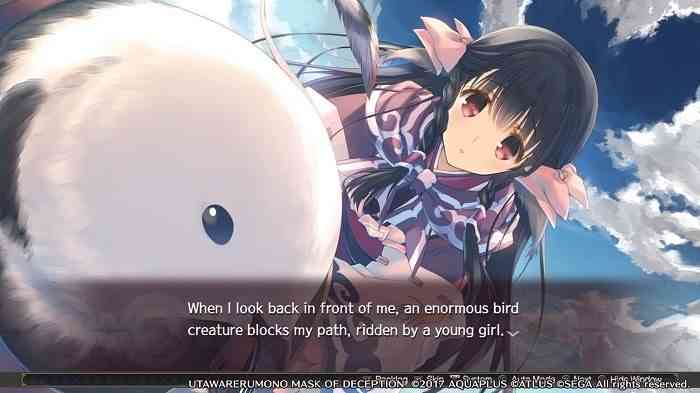 Utawarerumono: Mask of Deception is largely a visual novel experience full of anime tropes leaning towards the harem genre. While there are interesting turn-based battles to experience, there isn’t any depth to them and merely gives you a ‘feels good, looks great’ experience without any challenge whatsoever. It’s a streamlined experience that you should sit back and mindlessly enjoy, but nothing more. 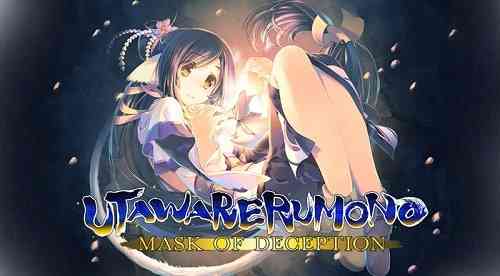