Another year, another NBA season, and another NBA 2K game with NBA 2K23. It has been a season or two since the last time I really dug into a 2K game, so I was eager to get back to it. Sports games are always a bit more nuanced when it comes to comparing to prior iterations, and being a season or two removed from playing one gives a better idea of what has changed. Overall, the gameplay and graphics of this year’s title are another step up, though that step is always a bit smaller for iterative sports titles.

There are three primary modes in NBA 2K23: MyPlayer, MyTeam, and MyNBA. MyPlayer is the career mode of the game.  MyTeam is the online mode that comprises rosters of past and current players, and MyNBA is the franchise mode. Players will see both upgrades and downgrades to the various modes, in addition to those made to the gameplay as well.

MyPlayer has always been a personal favorite of mine. A previous change continues to make me enjoy the mode a little less. I am not a big fan of integrating the MyPlayer mode with “The City” (an online hub area that features different stores, courts to play others, and more). Or, requiring your player to physically go to various locations to continue the story. The amount of lag in the area and the unrealistic aspects (everything being located just steps away) take me out of it more than anything. Call me old-fashioned, but personally, I prefer the old format where it was essentially gameplay and cutscenes. That aside, the narrative of MyPlayer this year was okay, but not groundbreaking. Essentially, your player is an unpopular draft pick. A rivalry is formed with a player that most others ranked above you but dropped below you.

MyNBA, the series’ franchise mode, is relatively the same for the most part. This year, the biggest addition is the MyNBA Eras. Essentially, players are able to play in the current season as is standard fare. Players are now also able to begin their franchise mode gameplays in 3 other eras: The Magic vs Bird Era, The Jordan Era, and The Kobe Era. Players can play through MyNBA across these 4 starting points, but what was even more fun for me was to begin these eras with a fantasy draft, changing the landscape of the league from the get-go. The addition of these eras helps to breathe some fresh air into the mode and the game as a whole.

Lastly, the final mode which garners the most attention is MyTeam. This is essentially the “Ultimate Team” style mode. It has been a part of the series for as long as we can remember, letting players pair up existing stars with stars of the past. With some new modes to add on to existing ones, the biggest and most welcome change is the removal of contracts, allowing players to use their cards as they see fit, unrestricted by the need for contract cards. Aside from these modes, the Jordan Challenge is making a return to the series, allowing players to relive iconic moments from Michael Jordan’s career.

Modes aside, the gameplay of NBA 2K23 is very enjoyable. Having played a number of iterations over the years, NBA2K23 has felt probably the smoothest as it’s ever been. Please note that this could be an objective observation, or it could also be the result of my personal experiences and improvement of skill that is allowing me to enjoy the game more. 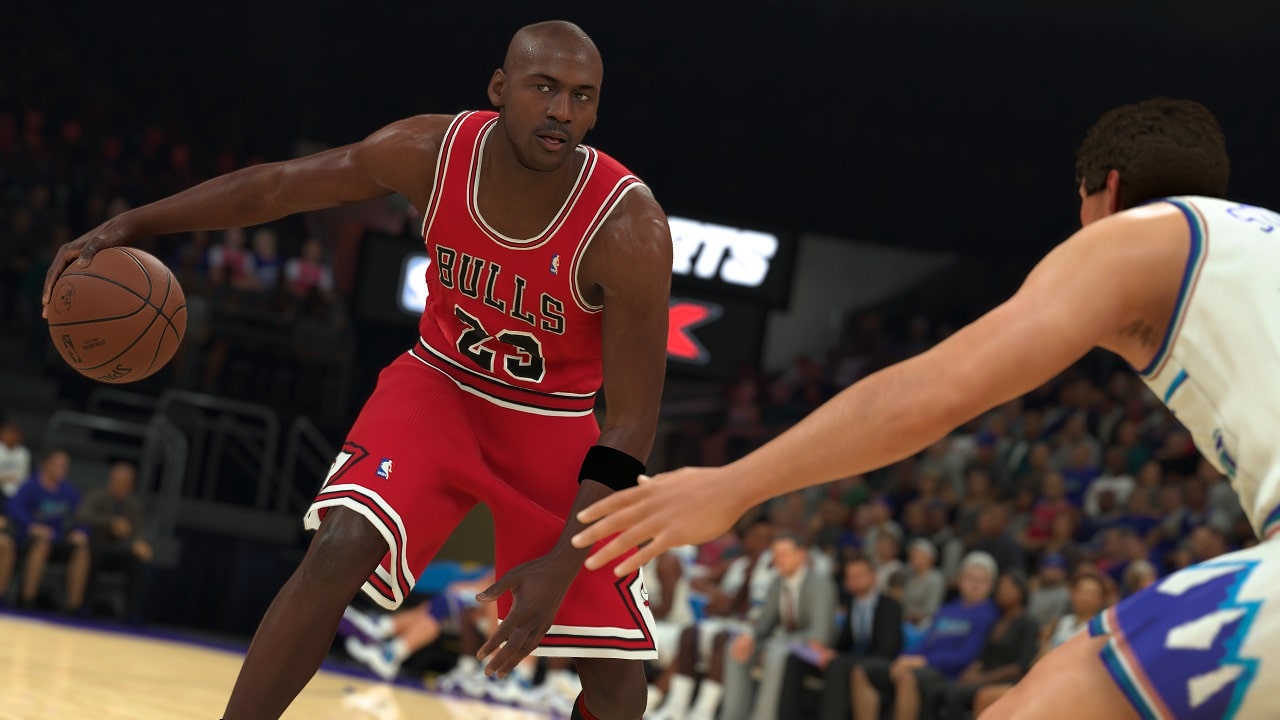 As an NBA 2K game, VC, or Virtual Currency, will always be a topic of conversation. The edition of the game provided for review provided a solid amount of VC (and MyTeam content) to get started. This was more than enough for me to enjoy the MyPlayer mode as a solo, offline player. A lot more VC would be required for anyone trying to play competitively. This would subsequently require purchasing more VC or a lot of grinding.

Having had a few years now on the latest generation, NBA 2K23 looks as good as ever, not that it has ever looked particularly bad. My only issue with the visuals is that there is often a lot going on, whether within The City, or opening packs in MyTeam. Because of this, some visual lag or just some oversaturation of colors does occur. In the games themselves, this is not an issue.

Overall, NBA 2K23 has some of the best gameplay in an NBA 2K game. While the MyPlayer mode is a bit of a shadow of its former self, the various additions and changes to MyTeam and MyNBA make up for it overall. Despite being on point in most areas, the Virtual Currency situation will definitely affect players’ enjoyment of the game. While the term “pay to win” does come to mind, NBA2K23’s gameplay and various modes are still very well done.