The NBA 2K franchise has been one of tremendous highs and incredible lows. I suppose the same can be said of all sports games, but Visual Concepts’ basketball series tends to be more thoroughly scrutinized than others. Sure, most would argue it’s probably earned that (dis)honor, thanks in large part to NBA 2K’s growing propensity to microtransactions. But there’s also no denying that for years the on-court action itself has been getting stale. Or – in the worst-case scenarios – the gameplay has even regressed.

Thankfully, 2022 and beyond is looking bright for NBA 2K’s gameplay. Visual Concepts has primarily delivered its best basketball game in years, and I can’t wait to see what the rest of this season has in store. 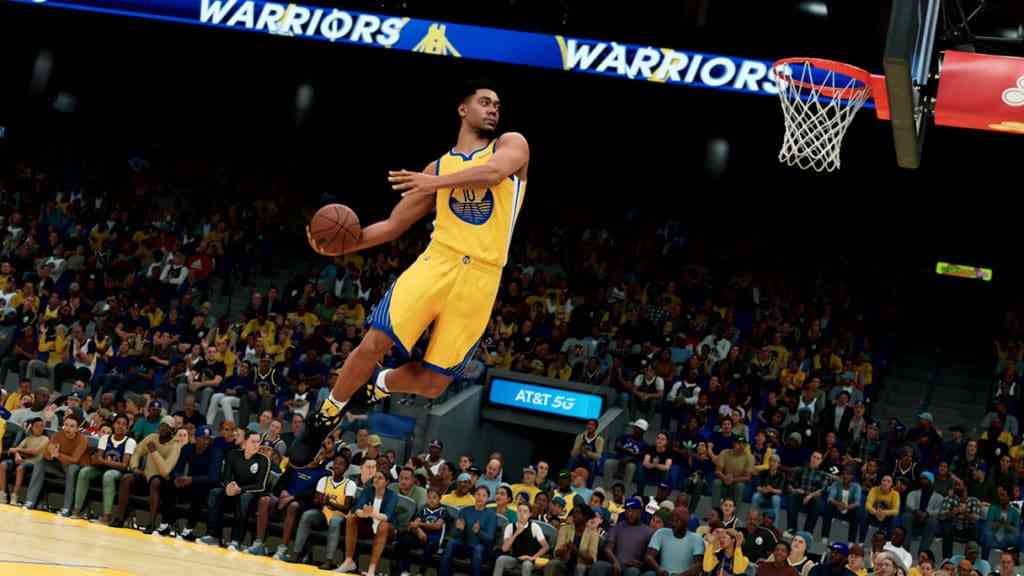 This year’s emphasis on giving the player a greater level of control than ever before immediately shined through, right from my opening tip-off. Dribbling has been made to feel far more fluid this time around, mainly due to the speeds at which actions are performed. The greatest players authentically separate themselves from the rest of the pack in NBA 2K22, and their ability to drive past defenders in the blink of an eye is represented in a much more accessible way.

Another massive step in the right direction is taken by the improved shot meter. Now, your shot meter gives real-time feedback based on how you handled the parameters of a shot. If you’re heavily guarded as you take a shot with Denzel Valentine, your shot meter will be about as effective as a broken femur. If you’re wide open beyond the arc with Steph Curry, you’ll have seven days and six nights to perfectly time your three-ball.

Everybody Get Up, It’s Time To Slam Now

In addition, players are able to string moves together in ways that weren’t previously possible. Dekes can be combined, one after another, to create sensational, highlight-reel level plays that really do stand out when looking at last year’s game. And given that these moves are performed with simple flicks of the right stick, anybody willing to put a bit of work in will be handsomely rewarded. This is the best the 2K franchise has felt on the court in a long, long time. 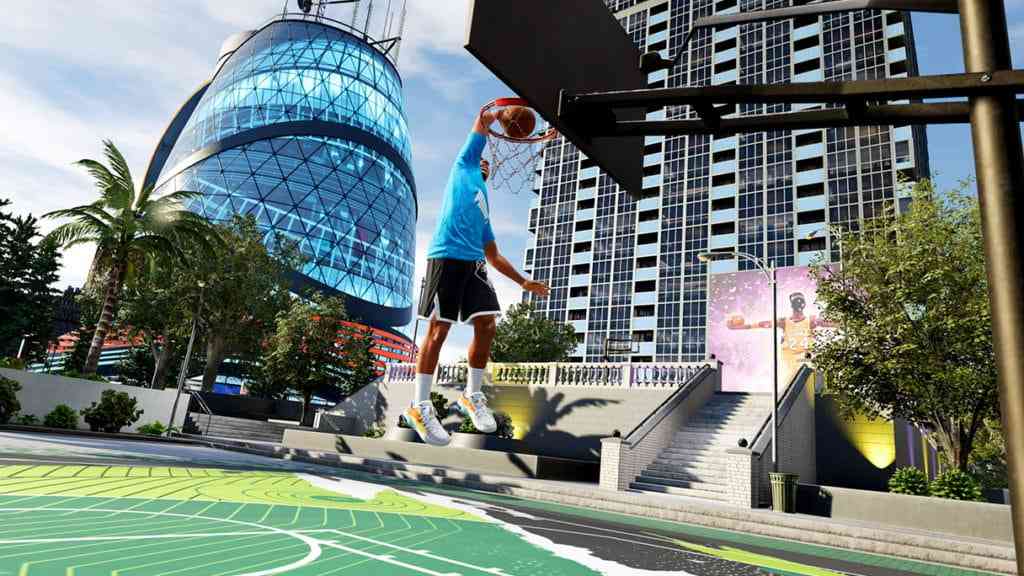 Off the court, NBA 2K22 is no slouch, either. There are modes galore on hand to sink your teeth into, with (in my opinion) most notable of all, the new MyCareer. While taking the reigns of an up-and-coming star, the new campaign has you making crucial, career-altering decisions like never before. I can’t recall there ever being a point in a sports game’s story that’s forced me to stop and think about the possible repercussions of my choices. But, here we are, with NBA 2K22.

However, the most exciting part of the new career has got to be Visual Concept’s commitment to having the player genuinely feel as if they’re living the life of a superstar. I won’t go too deep into detail at the risk of spoiling too much, but becoming an entrepreneur and branching out into other avenues plays a big part in NBA 2K22’s story. Expect to partake in a whole host of extra-curricular activities, such as starting your own clothing line, once you’ve built a bit of a name for yourself.

Every year there seems to be a mountain of controversy surrounding microtransactions and their – at this point – deeply rooted implementation into the NBA 2K franchise. And given that there have been so many positive steps forward with 2K22, it pains me to report that things are no different this year. MyTeam, for example, vastly improves its formula by adopting the approach taken by MLB The Show in rewarding players for completing daily logins, historical challenges, specific team-based missions, and more. But everything still boils down to who spends the most wins the most. 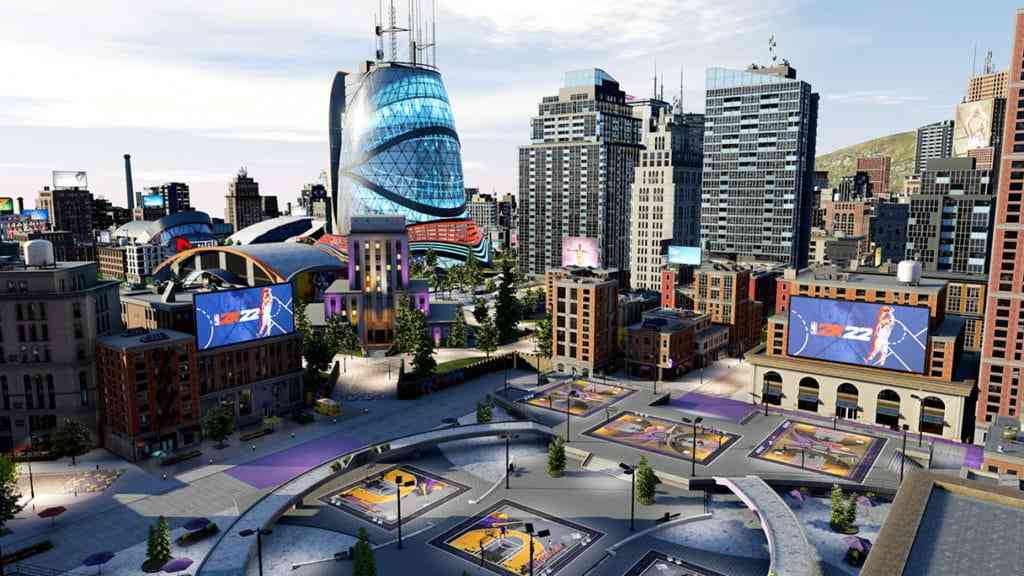 Keep in mind; this is only the tip of the iceberg. It doesn’t seem like you can turn a corner in NBA 2K22 without running smackdab into a request for your payment information. And at what point do the fans that stay loyal to these games, year in and year out, stand up and say, “listen, give us a game that doesn’t become obsolete at the end of the year, and we’ll talk.”

Maybe that’s wishful thinking. But long gone are the days of those putting the most time into becoming the best, actually becoming the best. More than ever before, I feel the stat differential between the all-stars and the scrubs. So, yes, the on-court action is better than it’s been in years. Why do I have an impending, lingering, festering sense of dread for the future of the series?

It’s time for Visual Concepts and 2K Games to go back to the drawing board with their microtransaction philosophy. At this point, it’s hard not to feel like they’re gouging the player. Especially given the exorbitant prices their premium edition versions cost. And it’s so damned frustrating to dislike as much of 2K22 as I did because behind every extra dollar asked of me was an excessively smooth compressed spin or step-back jumper to put a smile on my face.

I like NBA 2K22. I wouldn’t say I like it enough to remortgage my home to play it. 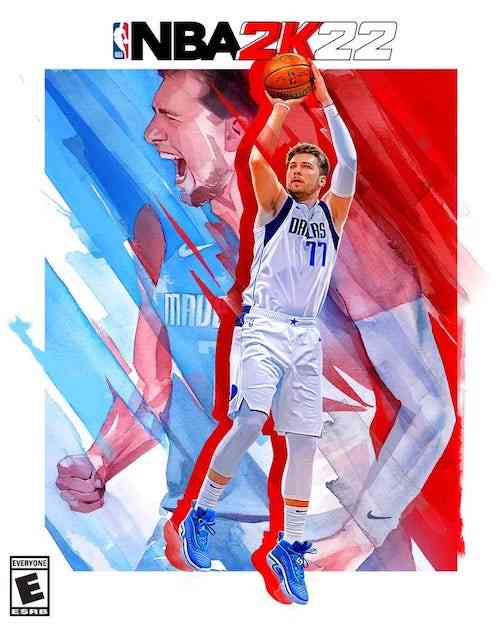 Check Out All the Different Editions of NBA 2K23
Next Arboria Review – Dark Souls With Bong Hits
Previous Flynn: Son of Crimson Review – A Short Enjoyable Walk With My Dog