Basketball games have a diverse and influential history. I remember dunking from half court in NBA Jam with particular fondness, but Basketball simulations have been equally well received in recent years. Most positive opinions are associated with 2K’s NBA 2K franchise. NBA 2K16 is the latest entry in the series, and although some aspects are of questionable quality, the core Basketball simulation is still the industry standard.

The headline addition to NBA 2K16 is Livin’ Da Dream, a so-called Spike Lee Joint. While a worthwhile addition in theory, in practice it goes against the entire purpose of a career mode. Regardless of the character you build, you’ll play as ‘Frequency Vibrations’ (no joke), a grass roots, tough luck talent from Harlem. This rigid backstory is particularly awkward from an ethnic perspective – my extremely Caucasian character was totally out of place in his African-American family, particularly when he had a twin sister. I won’t spoil the story beats, but loyalty and growth play heavily into the story with questionable effect. I didn’t feel any connection to the characters, and playing through the mode was honestly a chore. It instantly made the mode feel half baked, and might have been better as an experience separated entirely from career mode.

Throughout your early career choice is completely removed, even when the characters specifically tell ‘Freq’ to make a choice. The course of the mode is predetermined, and you’ll only gain access to traditional career mode options after enduring Livin’ Da Dream; even if you start a new character. Sure, the stuff you want from career mode is still there – contracts, endorsements, training, etc. – but gating choice with a linear path is counterintuitive and frustrating.

Thankfully the core of the game – the basketball – is as solid as ever. Players move very realistically and animations flow together smoothly. The right stick works great for dribbling moves, and skillful use of fakes creates space just like the real game. Shooting is equally natural, with a satisfying sense of control over ball release and a system that takes movement into account. In most cases, shooting while on the move is inconsistent while getting set before shooting is more effective – again, just like in real life. Tactical choices are realistic too, with setting picks, taking charges, and driving the lane feeling perfectly natural. Post play is greatly improved from past iterations as well – it’s now much easier to move around in the post without waiting for animations to complete. Are you sensing a trend? NBA 2K16 feels a lot like basketball.

“Are you sensing a trend? NBA 2K16 feels a lot like basketball.”

Defensive AI is smarter than ever in 2K16, smoothly transitioning coverage in a zone, and picking up on driving players more quickly than in the past, while the new defensive coverage meter gives a visual indication of how you’re doing on D. Combined with changes to defensive movement, playing off the ball feels more real than in the past.

It’s not all roses though. Collision detection stands out as problem – for example, players sometimes run in place against defenders instead of bumping into them, while other times they’ll be stunned immediately. That inconsistency is problematic in all phases of the game, as knowing how and why the game reacts to input is important to perform well. Some inputs also lack directness: there’s a delay between action and reaction when jumping for example, and that feels out of place when other moves (like dribbling) feel tight and reactive. Either approach would be fine, but the mixture is somewhat off-putting.

Indicators have been added to show who you ought to be marking on defense, but that arrow can be difficult to see on courts with darker paint in the key. That’s a small complaint, but leads to many defensive breakdowns in more complicated coverage schemes.

Of course, there are boatloads of other modes to keep players occupied. MyGM lets players control every aspect of a franchise, and really gives a sense of pressure to keep juggling all the demands on your time. Owner, staff, and player interactions are all important in GM mode, and the simulation is as granular as you want to make it – perfect for micromanagement fans. MyLEAGUE offers a more traditional approach to seasons and franchises, but still offers a huge amount of customization. The power is truly in your hands to live out your dreams on and off the court in 2K16. 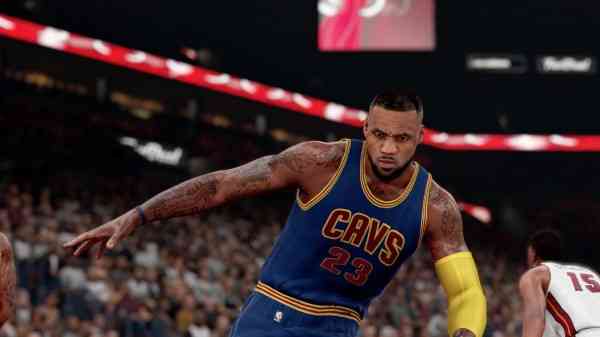 I can’t go any further without mentioning 2K16’s soundtrack. It’s the bomb. The diversity of genres and styles on tap this year is rarely seen, and yet it still manages to feel cohesive. From Rick Ross and M.I.A. to Santigold and Zedd, there’s something for everyone without feeling excessively mainstream.

Visually, real life players look great, with sharp face models and realistic textures. In game presentation is excellent – crowds and arenas really look and feel the part. I particularly appreciate the sideline mascot shenanigans during a game, which add an extra level of realism to the game experience. Cloth physics have been toned down to my eye, but body models still look ungainly in the shoulder region, where clothing is obviously a flat texture applied directly to the model. It’s not noticeable in game, but it was distracting during career mode cutscenes. 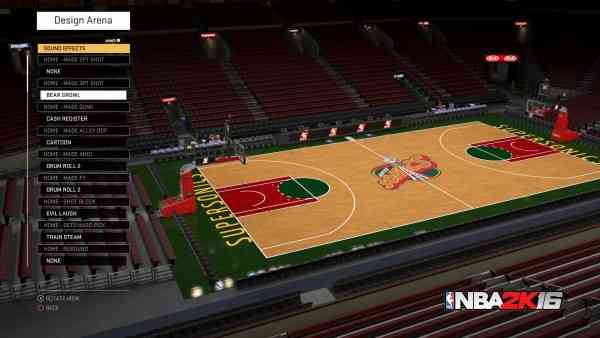 Sadly, online continues to be a challenge for the series. Getting into a match is darn near impossible. Matchmaking seems unending in MyPARK, with the game looking for players… forever. I’ve yet to get into an actual match there. However, inviting players to MyCOURT seems to work for the most part, and allows for some cool shootaround and pick up game options. Hopefully issues will get ironed out as the game hits consoles broadly, but history doesn’t bode well.

While Spike Lee’s forced linear career mode experiment misses the mark, 2K’s basketball engine is second to none, providing a realistic on court experience that has been modified in some smart ways. Niggling issues still exist, but can’t take away from the core fun of hitting the hardwood. Fans of the series ought to be pleased with the mechanical improvements, and there’s never been a better time for outsiders to get in on the action. NBA 2K16 is the industry standard in basketball.

**Reviewed on PS4 with a copy provided by the publisher** 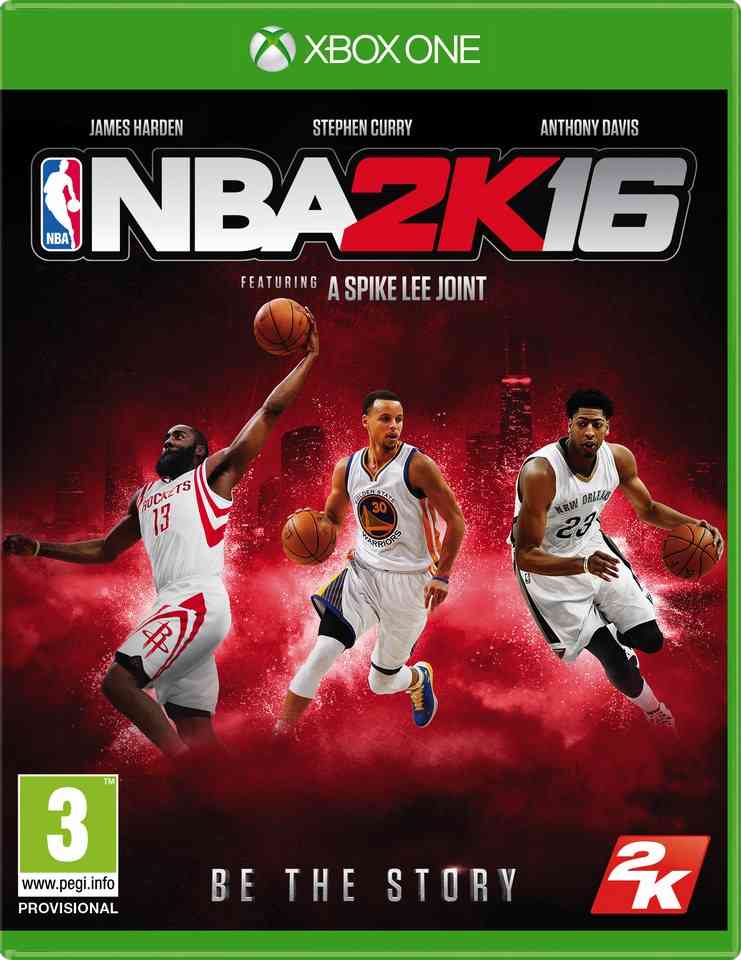