Just in time for the start of the NASCAR playoffs comes the latest in virtual racing, NASCAR Heat 2. The previous version didn’t endear itself to fans very well, so hopefully, the latest will show some much-needed improvement. Luckily this year so far I’ve been able to get behind the wheel for a lot of really good racing titles. Is NASCAR Heat 2 ready to move up in the pack or will it continue to sputter at the back of the field? Boogity, boogity, boogity, let’s go racing boys and girls.

The latest offering gives fans quite a few options on how to race. There’s the quick races or a single race, as well as the ability to tackle a championship in the Monster Energy, Xfinity or the Camping World Truck series. If that doesn’t get your motor running there are also challenges and a career mode. Last but not least is a chance to compete with up to 40 other drivers in multiplayer. That’s a lot to check out, but let’s start with the career.

The initial career season in NASCAR Heat 2 has players taking on several “Hot Seat” races in the Truck series. Each team will have different goals, but pass them and it will lead to a chance after the season to sign with those teams. The same scenario will play itself out in your first full season as in between Truck series races, teams will give you a call to take a ride in the Xfinity series cars. It’s not the most diverse way to move up, but it is still a progression system to work your way up through the ranks. Along the way be prepared to make some friends, but more likely enemies, because how you race against opponents will change how aggressive they are to you on the track as well.

“There currently are 29 different ones available, each putting you in the seat of a racer in a historical or hypothetical moment in their career.”

It’s not a bad attempt at a career mode, but some things do seem a little too planned that maybe shouldn’t be. While it may have been entirely coincidental, I noticed during the intro season that it didn’t seem to matter how fast I drove in qualifying, my starting spot always to be the same dependent on my goal. Top 25 finish always saw myself qualifying 32nd, top 8 always had me qualifying 11th. It also seemed like there might be some variance in when I would, but I suspect this was not the case. Many opportunities came by without an offer, while it seemed like I might be missing out on certain tracks, a second playthrough produced the same available hot seat races.

Maybe you want to take on some challenges instead. There currently are 29 different ones available, each putting you in the seat of a racer in a historical or hypothetical moment in their career. The first challenge I tackled has me going for Trevor Bayne’s would be 2nd career Daytona 500 win. Afterwards, my reward was a video with Bayne talking about how to drive the course. That doesn’t make a whole lot of sense as I would need to know how to handle the track to complete the challenge, to begin with. 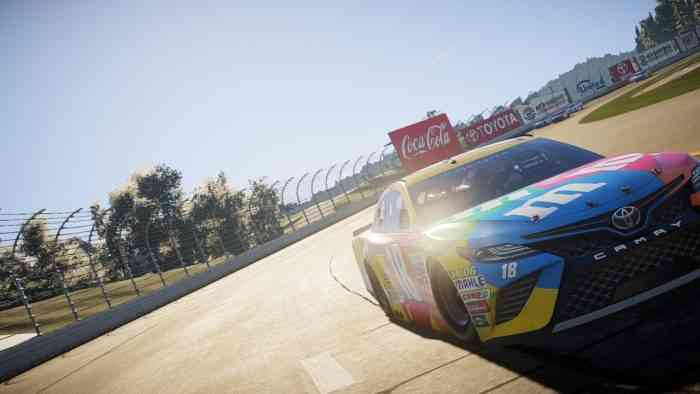 Most were fun, but I did also notice an error in the Danica Patrick challenge, the description said move from 6th to 5th in a lap and a half at Darlington, but a video showing footage from the moment said I would be in 9th place. Thankfully it was a start in 6th place when the challenge started. That is a minor oversight, but a glaring issue with the challenges is lack of any countdown at all to the start. Worse often I would be given control in the middle of a turn. Trying to match the exact controller position in a turn with no warning of when you go live is pretty bad. If I’m not going to get a countdown of some type at least have my car going straight to start.

Let’s talk controls for a minute. NASCAR Heat 2 seems to be made more with the use of a regular controller in mind. That’s fine and with all of the assists on in a relaxed environment, they work great. There were a few instances of the assists either being a little too aggressive or not aggressive enough, but overall anyone with even a passing interest should be able to pick it up and play. While the game does seem to be aimed more at the controller crowd, I did hook up an FFB racing wheel just to see. The results of the test were lackluster, but again, I don’t think they were aiming for that more hardcore crowd. That’s OK, just be aware if you were planning on hooking up all your gear for some hard simulation that it most likely won’t be what you are looking for.

“In 1080 the graphics were decidedly less appealing, more so than the normal difference between 4k and 1080.”

Finally, we get to the graphics. With the PS4 Pro on a 4K TV it did look pretty darn good. There were some screen tears from time to time and a bubble of focus that was easily visible out in front of the car. This is probably a Unity thing as The Golf Club 2 had the same issues. In 1080 the graphics were decidedly less appealing, more so than the normal difference between 4k and 1080.

Overall, NASCAR Heat 2 is an improvement its predecessor, but it remains well behind the pack. The career mode offered some variety in racing and the graphics were hit or miss depending on resolution; however, the inability to connect to the multiplayer was a big negative. This is a step in the right direction, unfortunately, that still leaves things average at best. 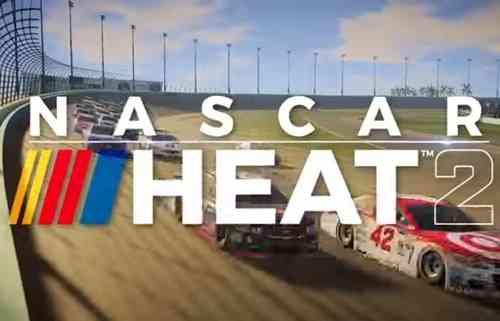