Italian developer Milestone is back with another installment in the MXGP series, this time the PRO edition. Milestone has a decent track record with previous motorcycle games – the MotoGP and MXGP series. Like it’s sister game, Monster Energy Supercross, MXGP Pro runs on the Unreal Engine 4. Also, like it’s sister game, supersampling is supported and gives those running their games on a 1080 display a noticeable image boost in terms of smoothness.

Like Supercross, the visuals are impressive. Bikes, drivers, locations, and track surfaces are very detailed.  The driver’s outfits have realistic wrinkles in them and you can see the back flapping in the wind as you ride. Once again, Motion Blur is used to highlight the sense of speed and the dirt and rocks thrown out from the bike tires. The effect is very noticeable when you are in the midst of a pack of fellow bikers. It feels like you are in one of those shots in a Western movie, riding amidst fellow cowboys in a cloud of dust, or jammed in the middle of a bunch of salmon swimming upstream.

Collision detection between fellow riders is far more lenient than with track objects. This is a necessary compromise as there are can be too many riders on the screen and depending on the view you play in, there is no way to keep track of and avoid other riders. Hitting course boundary markers and such is another matter as you will be knocked off your bike. It’s a proper implementation but can be a little frustrating at times. You are constantly juggling your expectations of the game plays between reality and fantasy.

Easy to Pick Up…

Turing to the physics, I stand by the position that the proper control device for motorcycles games for home use has yet to materialize. Using the DS4 dual shock to handle not only braking and acceleration but the player weight and bike moves such as scrubbing while in the air, is laid as best as possible, but requires a lot of manual dexterity. There is a definite learning curve and only die-hard motocross fans are going to be able to master the controls so that they become second nature. 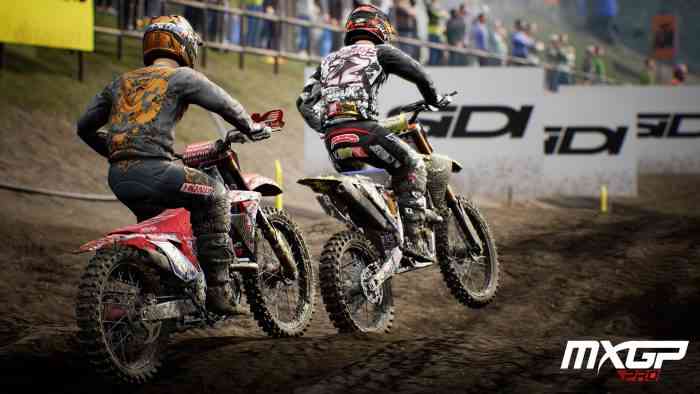 MXGP Pro includes the usual selection of options – single and multiplayer modes. There is also a customize option where you can trick up your bike and your uniform. Lastly, there is a training mode – which gives a quick run-through of all the skills you’ll need to master your bike.

In the Single Player mode, you can choose whether to tackle the Grand Prix, Career or Championship modes. Or if you want a quick challenge there is also a Time Attack mode. There are 21 locations that range from indoor stadium locations to outdoor locations. This is the one difference from Supercross. I found the stadium locations more visually attractive. If you run the Standard Career Mode or if you want a real punishing experience go for the Extreme Mode. Not only does it set all the difficulties to the high settings but it also takes away the Rewind Function that lets you correct any racing mistakes you have made. 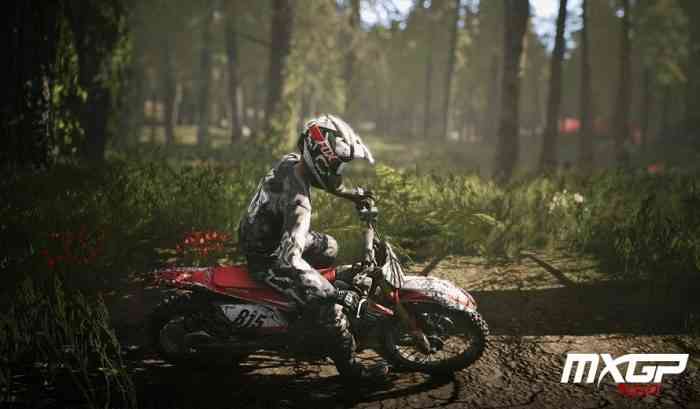 The tutorials add the incentive of improved bike handling if they are completed. Topics such as In Air Control, Cornering, Scrubbing, Wet Riding, plus Braking and Accelerating are covered. Given the more organic nature of bike games where you have less precise control, I found these exercises, well an exercise in frustration. It’s the major glaring sore spot of the game.

Another big turnoff is a buy-to-own piece of DLC that is a credit multiplier. Memories of loot boxes in other games spring to mind where players willing to cough up money get an unfair advantage over those who do not. Credits are needed to upgrade bikes, etc.

Having played Supercross, there was a major sense of deja vu with this game. To be honest, once I was racing it was impossible to tell which game I was playing. No doubt, zealots of these games would know instantly by location, driver, and bikes. For me, it was more of the same and so my initial excitement level was much lower when I started racing with MXGP Pro.

Hot Wheels Unleashed Video Review – A Nitro-Boost of Nostalgia
Next Seeking Dawn Review – It’s Got Shooting, Crafting, Base Building and Flaws
Previous The Spectrum Retreat Review – Opposite Ends of the Spectrum