If you’re like me, you’ve played Tetris and Puyo Puyo enough to make yourself completely sick of the genre. These games have become very commonplace, to the point where free apps can offer similar experiences for little to no cash as an entry fee. Meme Machine, developed by Screenwave Media, is Puyo Puyo with a new coat of paint. This coat of paint attempts to cover up what is, at its core, a simple reskin with little new to offer players. You truly are better off just getting an app, buying Mean Bean Machine, or Puyo Puyo instead. Meme Machine will likely offer you nothing that can’t be experienced better elsewhere.

Just Not Enough to be “Werf”

Meme Machine is devoid of story as it is a simple puzzle battle game. The game must then rely heavily on its gameplay to keep you interested or distract you with the music and visuals. The game starts you off with a simple choice between two avatars to play as, the “Doge” meme or the “M’Lady” meme, who do not get proper in-game descriptions as far as I can find. Meme Machine has a total of 10 playable meme avatars, with some memes being more stale or obscure than others. It is here you will also select your power-up, which will change how your board is cleared or how you disrupt your opponent. The color clearing bomb power-up is your best tool for defeating the AI opponents, clearing all colors of the kind matched from your board. In tandem, that will clear surrounding “garbage” blocks and further impede your opponent’s progress. 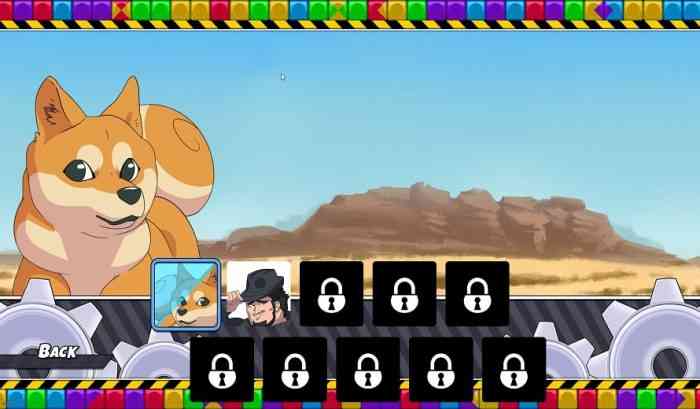 Heading into the actual gameplay, you’ll find varying degrees of difficulty in the levels of the “Arcade” mode, which sees you climbing a tower to claim it. Here you’ll find that the actual meat of Meme Machine is just like Puyo Puyo, as described earlier. You drop sets of two colored blocks attempting to make matches of four or more in order to disrupt your opponent by dropping “garbage”. But be careful — should you skip the controls screen or any character description on unlock, you will not see them again, ever. There is no option anywhere in the game to bring the controls back up. I personally had to watch a video online to see the instructions and controls again, as I accidentally skipped them. The controls are not complicated, however, and you’ll find yourself familiar with them in no time.

The game is fairly easy for the most part. You can dig yourself out of most bad situations and clear boards with ease. However, many boards, like the one above, are nearly impossible without serious luck or immense skill. Some AI opponents will drop pieces incredibly quickly and stack up inhuman combos while simultaneously hindering your own progress towards clearing your side. You’ll need to get used to using reversed controls or stacking without rotation as well, as the hardest levels so far have used these powerups against you. The difficulty is spiked to an insane level in some places and you’ll find yourself only clearing some of these with insane luck on your piece drops. You will likely see the defeat screens over and over until you manage to power through these later levels.

Meme Machine does have some strong points. The soundtrack, which is composed by Hyper Potions, is wonderful to listen to. There are two music selections for boards in the options menu, “Dank” and “Spicy”, which are slower and faster-paced tracks respectively. I chose to go with the Spicy selection. The character animations are also a treat. The tweening style fits well enough and there is enough variety to keep you watching the characters during play. 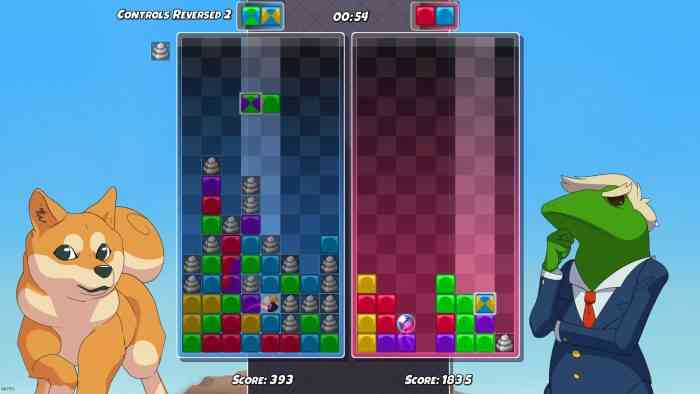 However, at the end of the day, good visuals and music cannot save a painfully average game. Meme Machine does not bring forth any new or interesting additions to its genre and feels like an attempt to cash in on the current generation of internet culture. The closest the game comes to innovation is the addition of their power-ups, which are mediocre at best. With no internet functionality at the current date and only the prospect of unlocking new characters or increasing your score or time, you’ll be hard pressed to get more than a few hours of play-time out of Meme Machine.

If you’re thinking about buying this game, save your five dollars for something else and pick up a free app version or one of the better-polished games like Mean Bean Machine. Screenwave Media would have been better served to refine the experience instead of rushing a product that could have been much better. I would jokingly say that this game is where these memes went to die, forced to fight each other for all eternity in purgatory. 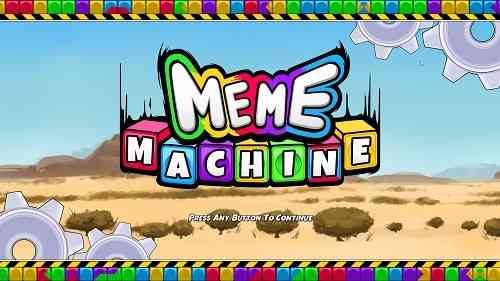