If you’ve always longed for a dog or cat of your very own to cuddle, play with and dress up, now you can in convenient handheld form with Little Friends: Dogs & Cats from Imagineer and Sold Out Games. You get all the adorable-ness of owning a puppy or kitten, without the annoying hair on your clothes or throw-up on your nice new carpets. Little Friends: Dogs & Cats is a game that doesn’t offer a lot, but what it does offer is pretty solidly done even if the experience lacks long-term appeal.

In Little Friends: Dogs & Cats, you get to adopt a pet — only dogs at first, and then cats later once you unlock them. You choose all the variables like the animal’s gender and breed, and voila! You’re the proud new owner of your very own little friend who sits looking all cute at you on your Switch screen. But it’s not all cuddling and petting (although there’s a lot of that); you have to take care of your pet by feeding, walking and brushing him or her, among other things. Well, “have to” is a strong phrase, because oddly in this game, your pet won’t suffer or die of you fail to do all these things — it’s all apparently positive, and there are just more rewards and leveling-up if you do them. That’s one way that Little Friends: Dogs & Cats exudes a decidedly kid-oriented vibe, keeping things very light and fun. Younger players will like that but the lack of challenge might not appeal to everyone.

Dog-Gone Fun .. For a While

But the basic gameplay is actually pretty fun, for a while. If you’ve ever played with a Tamagotchi, then this game is really that idea but with more added elements. I chose a Shiba as my breed (because I have owned them in real life and it is a scientific fact that they are the cutest puppies) and got right to work feeding him, walking him and petting him. In the game, you are expected to pet or brush your dog for an awkwardly long time — much longer than I would ever spend in real life. And honestly, any real Shiba would give you an angry nip if you pet him that much. But at any rate, by doing something for long enough, you get your Friend point rewards so I kept going. Walking is also pretty engaging the first few times you do it, although it can become tedious after that because it’s a bit repetitive and you can’t walk outside of the boundaries set by the game. Overall, Little Friends: Dogs & Cats admittedly has some appeal when you first play it but it gets boring after a while and I doubt many players would stick with the game for a consistent period. 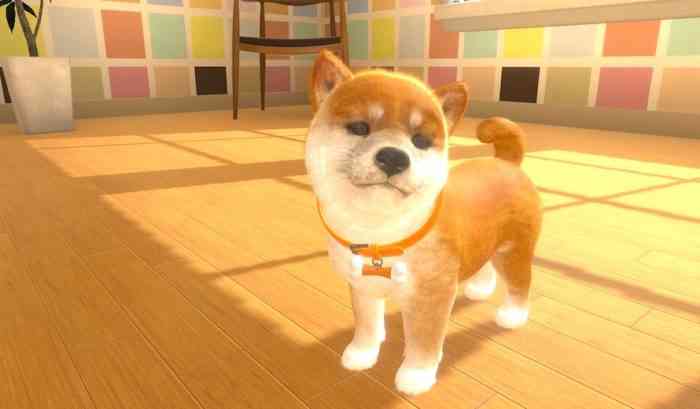 Rewards like Friend Points and Stamps are the game’s way of keeping you coming back to take care of your pet. You can use Friend points to level up and that gets you new items in the shop, such as outfits or toys. Stamps are like trophies that mark accomplishments you’ve achieved with your pet — like competing in dog tournaments, for example. Win a tournament and you’ll get money to buy accessories. The whole process of Little Friends: Dogs & Cats is geared towards enriching your pet’s world with all the extras available to unlock and buy with various forms of currency. And granted, there are a lot of things to work for. There’s a good variety of clothing, for example, and it’s pretty fun dressing up your pet. But again, once I unlocked items, bought them and dressed little Bruiser or Princess with the snazziest gear, I lost motivation to return to the game. Petting, feeding and watering your pet then became really the only point of my playing the game, and that just wasn’t enough unfortunately.

Not Enough Game ‘Fur’ the Price

Overall, Little Friends: Dogs & Cats has some fun to offer, and what little it does offer is well executed. The visuals for the various dogs and cats are nice, and pretty realistic looking, but the other visuals like those of the houses and parks are simplistic and basic. The gameplay draws you in at first since it is so simple, accessible … and downright adorable. But I can’t see many players coming back to play it on a regular basis. There just isn’t enough of a game here to warrant a big commitment. The game artificially tries to create “replayability” by forcing you to space out your visits with Friendship point limits per day. It’s almost an admission by the developers that there isn’t enough content on its own to keep your interest. While the dogs and cats are hella cute, especially in all those adorbs outfits, Little Friends: Dogs & Cats is a bit of a dog’s breakfast. And at the pure-bred price of $49.99 US, it isn’t exactly the cat’s meow for what you get. 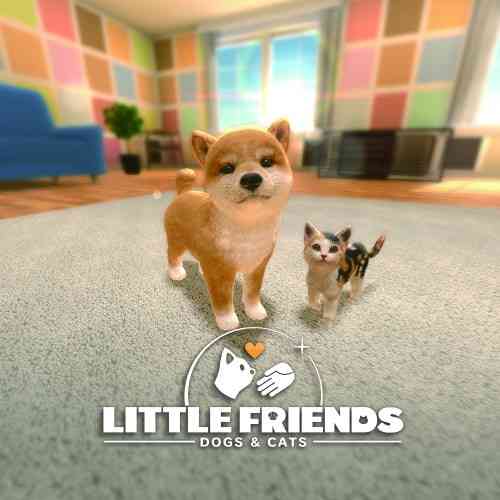 Roblox May Be Unsafe for Children